Brewing Beers, to Infinity and Beyond 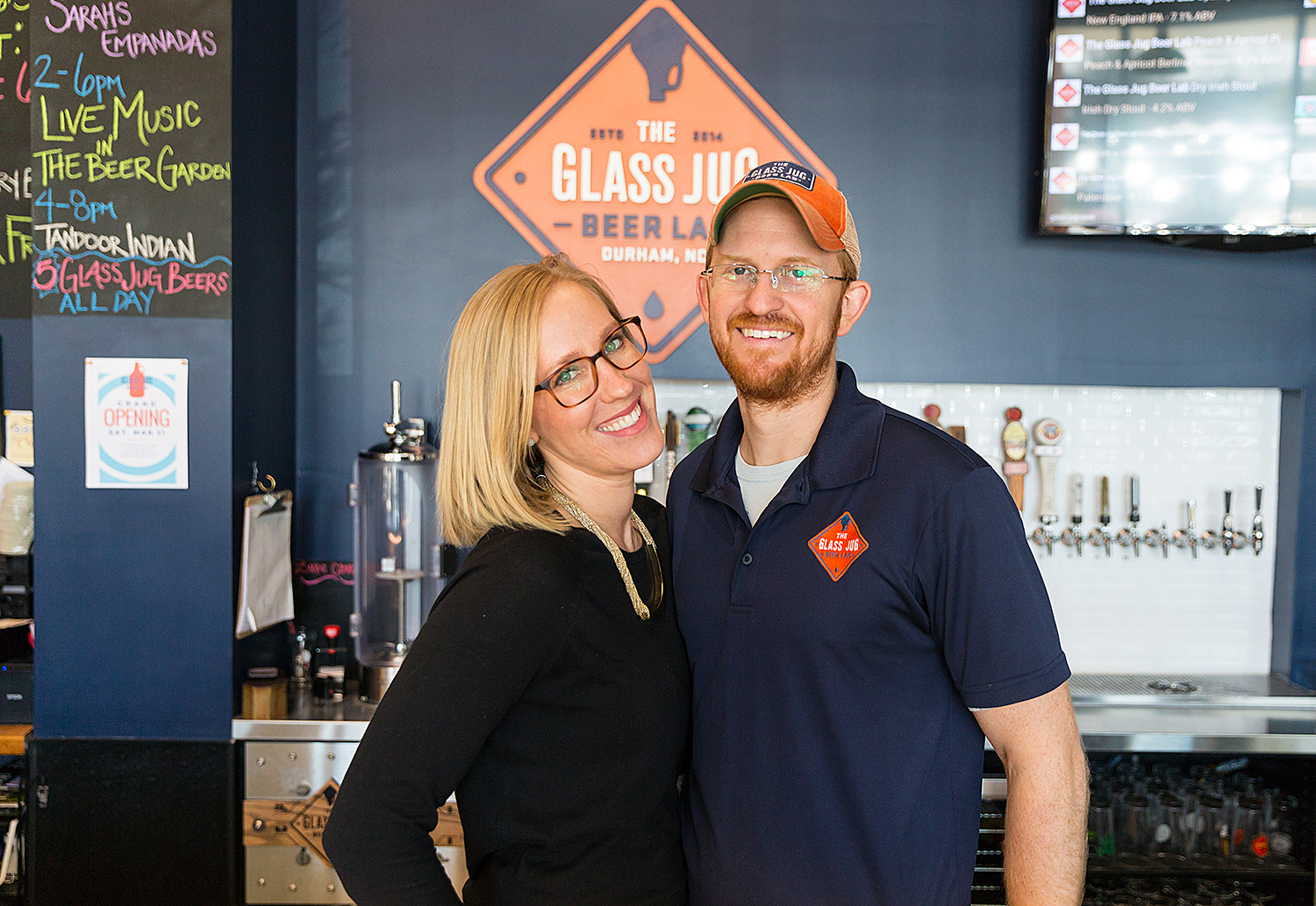 Katy and Chris Creech, both ’10, say brewing small batches of their unusual beers allow them to adapt quickly to market trends. (Photo by Richard Mitchell)

As journalism majors, Chris and Katy Creech, both ’10, paid scant attention to the chemistry labs near the School of Media and Journalism. But now the couple spends a lot of time in a lab — brewing up craft beers with unusual flavors.

In March, they relocated and expanded their beer shop, The Glass Jug, converting the Triangle’s first retail operation to sell pressure-filled growlers into The Glass Jug Beer Lab. Katy runs the front of the house, which has become a community gathering place in south Durham, and the on-site microbrewery lets Chris exercise his inner mad scientist, creating small-batch brews infused with seasonal and locally grown ingredients.

“We knew we’d have an even bigger draw if we made our own beer,” said Chris, adding that they plan to sell every drop on site. “We’ll never have a flagship beer or beers that we do over and over. We want to be nimble and follow the market wherever it’s going.” 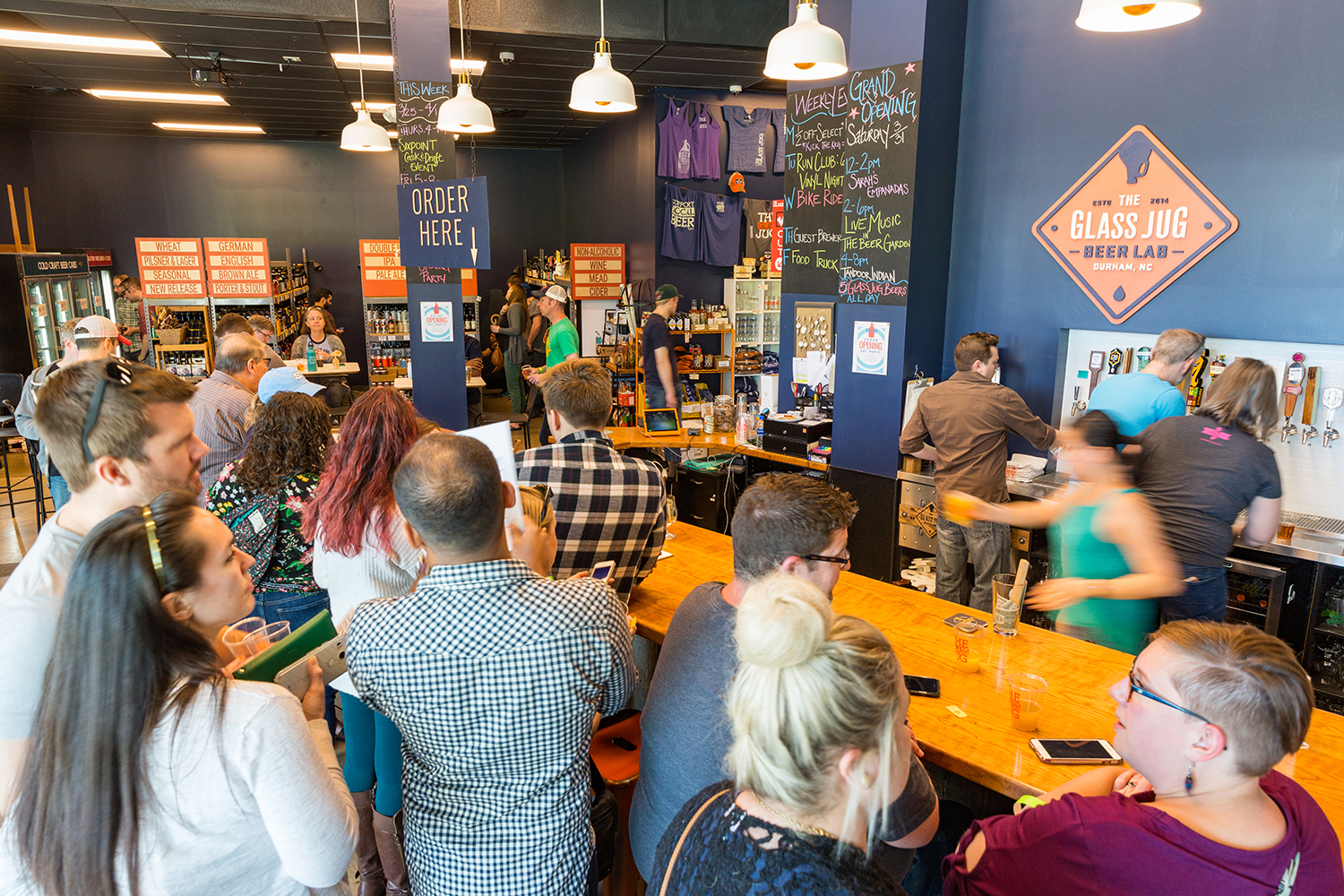 While they outgrew the original location in two years, there are no plans to make the original Beer Lab bigger. (Photo by Richard Mitchell)

Many of the house beers have science- and math-related monikers — there’s Lemniscate (the infinity symbol), Binomial and Standard Deviation. The Opacity beer produced for the lab’s grand opening, a hazy IPA, was so popular that it sold out in a week. “That’s a good problem to have, except when people come to your brewery wanting to try your new beer,” Chris said with a laugh. “We’ll be making a series of our beers, so people can come back and try the next one.”

While they outgrew the original location in two years, there are no plans to make the original Beer Lab bigger. Growth would come by adding sites in North Carolina or elsewhere through franchises. “There is nothing else exactly like us, here or across the country,” Katy said. “We’ve connected a lot of people over good beer, including a couple that met here and got married. We think it’s a model that could work in other places.”

The Creeches first experimented with brewing while at Carolina, joining a group of homebrew enthusiasts who got together to socialize and drink beer. After inheriting gear from friends who graduated and moved away, the couple continued brewing while establishing careers in marketing and website design. Eventually, the desire to own their own business — one that let them build on the beer-fueled hospitality they first enjoyed as students — bubbled over.

“For most people, party throwing didn’t really turn into a career, but it did for us,” quipped Katy. “Classes were helpful, but it turns out parties were, too.” 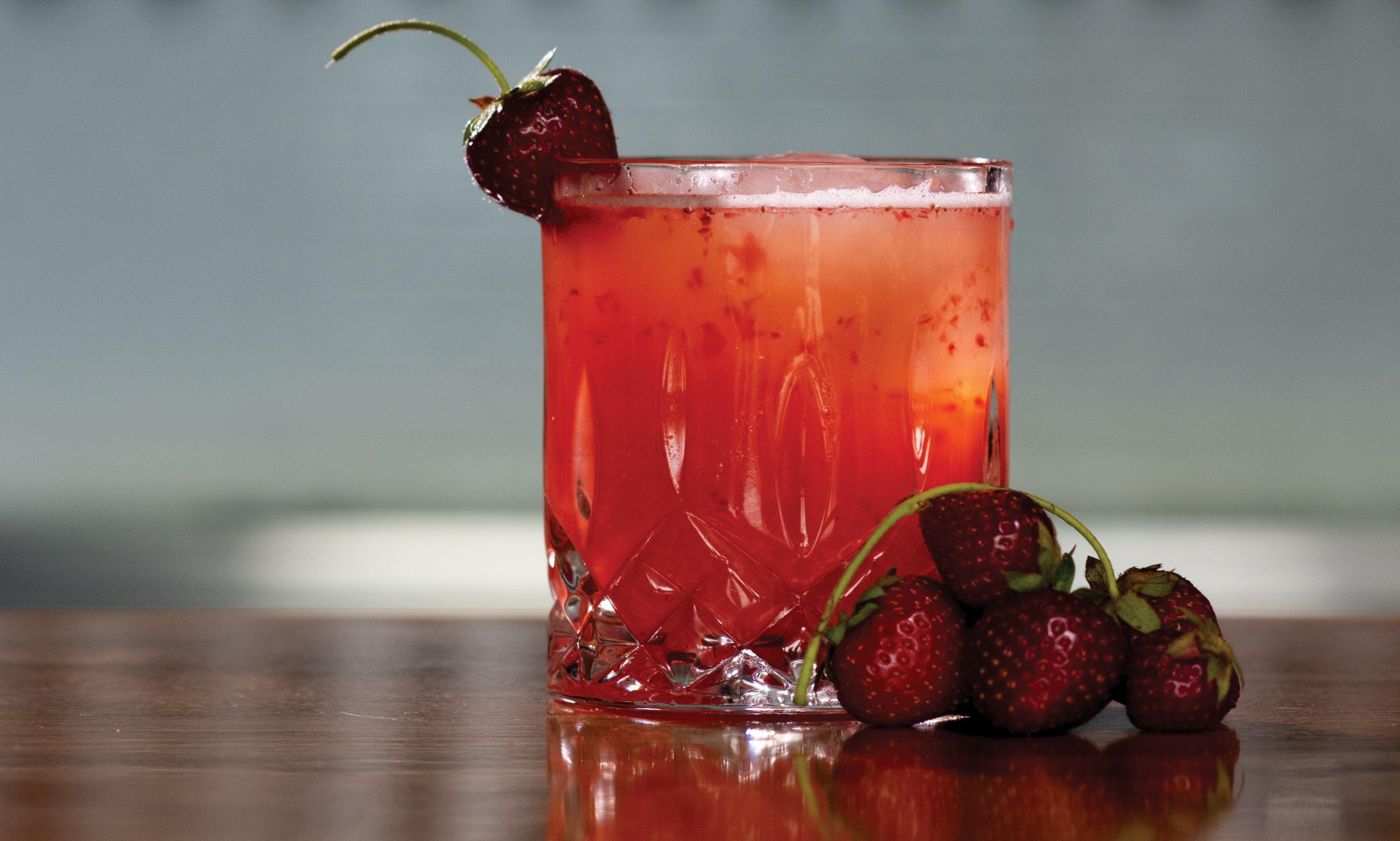 Chris ’10 and Katy Creech ’10 like to use their Pi beers, a rotating series of fruited sour ales, in gin-beer cocktails. The Strawberry Rhubarb Pi, a Berliner Weisse-style sour ale that features strawberry, rhubarb and a hint of basil, makes a refreshing summertime drink. The same ratio of ingredients can be applied to other Pi beers.

½ to 1 ounce of strawberry simple syrup

4 to 6 ounces of Strawberry Rhubarb Pi

▶  Shake the gin and the simple syrup and pour over ice into a highball or Collins glass. Stir in the beer. Garnish with fresh basil leaves or a strawberry slice.

We hope you enjoyed this article.