This is part of a series on the 100th anniversary of the GAA hiring its first full-time, paid professional staff member for an organization that for 80 years prior had been run by volunteers.

Plenty, it turned out, over the 43 years he filled the role, succeeding Daniel Lindsey Grant (class of 1921), the association’s first full-time, paid staff member.

After completing his master’s degree, Saunders taught economics and public speaking for a year at Georgia Tech, where the senior class voted him one of the most popular teachers in the college. A reserved man, he nevertheless persevered in matters of holding UNC to its best self, according to his daughter, Eleanor Saunders Morris ’55.

“He began speaking on behalf of UNC as a student,” Morris said in an interview. 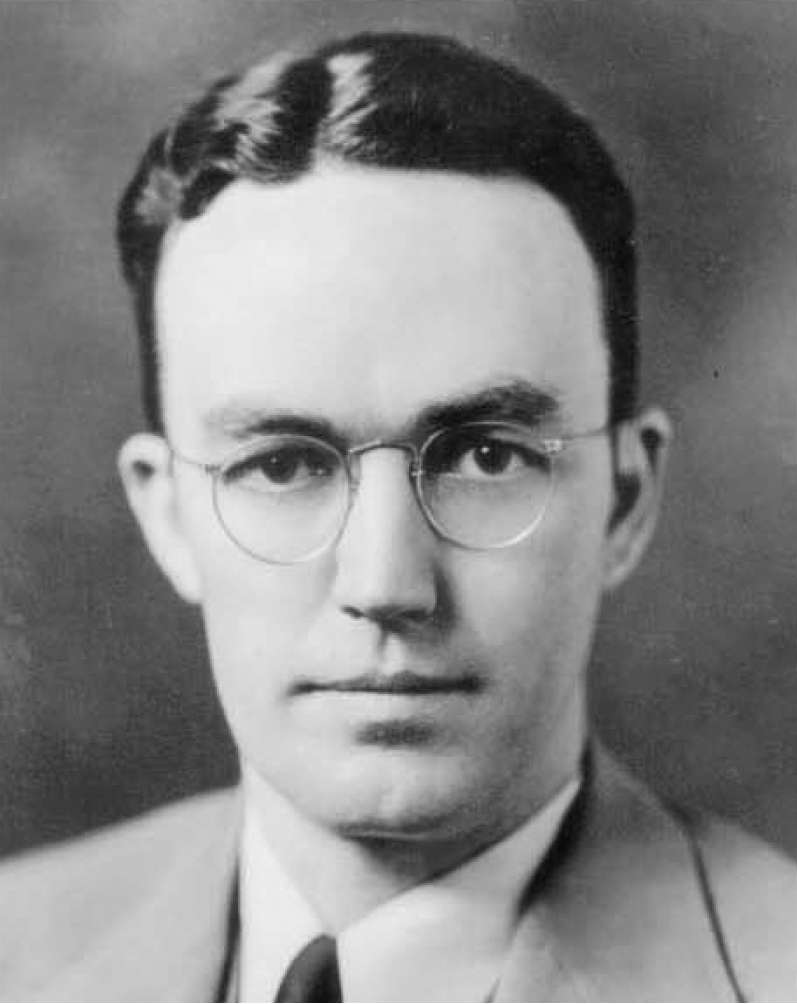 J. Maryon “Spike” Saunders ’25 (’26 MA). The American Alumni Council held its first meeting in 1927, and Saunders played host at the Carolina Inn. Saunders was twice president of the council.

She recalled his talking about accompanying former UNC President Frank Porter Graham (class of 1909) on visits with donors to raise scholarship money for students who could no longer afford to stay in school. Saunders spoke to the N.C. Legislature in opposition to the Poole bills — a series of measures David Scott Poole, former mayor of Raeford, introduced from 1925 to 1927 — that would have banned the teaching of evolution. As alumni secretary, Saunders discreetly urged individuals statewide to oppose the Speaker Ban Law, which was enacted covertly and without debate by the N.C. General Assembly in 1963 to prevent Communist speakers on campus.

“He was not an assertive man,” Morris said. “He was quiet and gentle. But he proved to be effective at that time.”

Like his predecessor, Saunders understood the importance of relationships, of ensuring that people felt welcomed and valued in their interactions with the University.

He had a powerful memory for names, family connections, hometowns and class years, Morris said. In every county, he knew which families were prominent and which family was connected with a particular business. He kept a pen and a 3-by-5 card in his breast pocket, and after he met someone, he’d jot down notes. The next time he saw the person, he could say, “How’s your Aunt Susie?” Or, when an alumnus’s child enrolled at Carolina, he’d remark, “I remember your father; he was a poli sci major in the class of ’22.”

Family vacations always had some tie to alumni events. “Anyplace we went, he’d visit alumni in that town,” Morris said.
The family went to American Alumni Council conferences in Myrtle Beach and Williamsburg. When The Lost Colony dedicated one performance a season to alumni, many of whom would travel long distances to attend, the Saunderses were there.

Saunders oversaw the move of the Central Alumni Office from South Building to the Carolina Inn in 1936. He had a ground-floor corner office, next to the Old Well Ballroom, that looked out over South Columbia Street and Cameron Avenue. Despite the beautiful view, “his desk was a disaster,” Morris said. “Papers were piled a foot high, but he knew where everything was. He cleared a little patch where he worked.”
Saunders also managed the inn until he recruited Leigh Skinner to take over the responsibility. Two or three women were hired part time to update alumni records, which were typed on 3-by-5 cards secured by a metal rod in a wooden file cabinet.

The relationship among GAA staff felt like family, Morris recalled. Many staff members worked there for decades. Nell Andrews, who was Grant’s secretary, worked for Saunders the entire 43 years of his tenure. She opened her home to take care of Morris when Saunders and his wife, Susan Rose Saunders ’27, went out of town.

Commencement and reunions were a major focus of the alumni secretary’s job. “Commencement was bigger than Christmas at our house,” Morris said. “It was a culmination of a whole year’s work.”

The Saunderses would pull down blue bunting from their attic and haul it over to Old Memorial Hall and tack it to the stage. Later, it was hung at Kenan Stadium . The alumni secretary also served as protocol officer, and Saunders paid attention to the details. Alumni came back every year for reunions, rather than celebrate only 5- or 10-year anniversaries, as is the custom today . There was not one space large enough for everyone, so class events were spread out across campus and fraternity houses.

Saunders worked long hours year-round and frequently would return to work after briefly coming home for dinner. He was editor of The Alumni Review, until he hired Roland Giduz ’48. After Saunders retired, he wrote a weekly column for the Review’s football supplement, referring to prior matchups over the past 40 years. Every Sunday afternoon when the column was due, he sat on the sunporch of his home, typing out his column with one finger.

In 1952, Saunders launched the Alumni Annual Giving program, later called Carolina Alumni Giving, to raise money for the University. He and the GAA quickly concluded that the University should coordinate the effort. UNC’s Development Office took the lead but worked closely with the GAA Records staff to compile up-to-date contact information for alumni. Today, about 85 percent of philanthropic dollars that come to UNC are donated by GAA members.

“He nurtured alumni connections,” Morris said of her father. “He didn’t attempt to raise money [directly]. He didn’t think that was the role of the alumni office. But his close friendships with people who became donors helped ease major donations to the University.”

Saunders wrote letters to servicemen during World War II, and he took on the painful task of writing to their families when an alumnus was killed or declared missing in action.

Saunders also spoke on behalf of UNC to get the message out to alumni, praising Carolina or defending it, and explaining complicated issues and problems — maintaining the alumni’s faith in the University, Morris said.

In October 1969, the Central Office moved to the Carolina Inn Apartments, a New Deal Public Works Administration project built in 1939 next door to the inn. Saunders retired in 1970, at age 66, having held the position since he was 23 years old. He died in 1995, at age 91.