Growing up, Patrick Clinch vacillated between wanting to be secretary of state and a famous...

Two alumni from the class of 2020, Peter Andringa and Sarah Mackenzie, have won Rhodes...

Aisha Ihab Saad of Cary has trekked the Amazon region, hiked the Rockies and the Himalayas, and climbed a volcano in Peru. 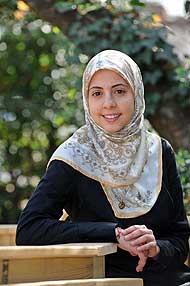 These are among the accomplishments that have made Saad and Yorke Carolina’s latest Rhodes Scholars. Saad is among 32 American college students to receive the honor, and Yorke is one of 11 from Canada. They are the 42nd and 43rd Rhodes Scholars from Carolina since the first awards were made in 1904 and the seventh and eighth in the past seven years. Both are Morehead-Cain Scholars at UNC. They will go to England for two to three years of graduate study at Oxford University.

The daughter of Ihab Saad and Shereen Elgamal of Cary, Saad will seek a master’s degree in nature, society and environmental policy at Oxford. She hopes to go into environmental law and help build bridges of understanding among opposing groups to create solutions for sustainable global development.

“I plan to focus on fragmentation in international environmental law, toward shaping comprehensive legal structures that protect equitable resource allocation and development on a global scale,” she said.

Saad, who graduated from J.H. Rose High School in Greenville in 2005, is majoring in environmental health sciences in the School of Public Health and in Spanish. She is fluent in Arabic and Spanish and has reading proficiency in French and conversational proficiency in Hindi.

She established and coordinated a weekly Arabic conversation group on campus.

Saad is on track to graduate in May as a public service scholar – a student who, while at Carolina, has completed at least 300 hours of public service and met additional requirements. Her volunteer work has included teaching English to Spanish-speaking UNC employees.

She had her first global experience at the age of 6, when her family emigrated from Egypt to the U.S. Saad since has become a naturalized citizen. The oldest of five children, she grew up learning the art of mediation. At Carolina, she has made connections among campus community members of different faiths, races and cultures, in part as outreach coordinator for the Muslim Students Association.

Saad has interned with government ministries in Peru and in the blood diseases ward of Cairo University’s Teaching Hospitals. Her article on the latter experience was published in the September 2007 issue of the policy journal Health Affairs.

For her Morehead-Cain experience last summer, Saad interned with Cherokee Investment Partners, which works to redevelop contaminated land. The firm’s plan for cleaning the Union Carbide site in Bhopal, India, met a negative reception from activist groups there.

“When phone calls and e-mails from my desk in Raleigh brought no resolution, I stuffed my giant blue backpack, laced up my worn boots and headed to India,” Saad wrote. “Speeding through the contaminated slums surrounding the Union Carbide factory on the back of a motorcycle, I chased after personal stories. … With the victim’s stories, I began to bridge the disparate perspectives of Cherokee’s team and the skeptical activists in Bhopal.”

Saad hopes to make similar efforts her life’s work. “The role of mediation is something I’d like to carry into my future career,” she said. “My experience with Cherokee allowed me to engage with diverse perspectives at an international level, in a capacity that I have not experienced before.”

Yorke is the daughter of Charles and Elisabeth Yorke of Hillside Boularderie, Nova Scotia.

She will seek a master’s degree in immunology at Oxford, focusing on HIV-related processes. Afterward, she hopes to earn a medical degree. “As I look to my future, I see myself as a passionate advocate for people living with HIV and a catalyst in ending the HIV/AIDS pandemic,” she said. 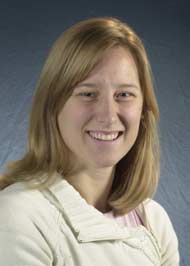 Yorke is writing an honors thesis on molecular biology and immunology. She was chosen by the Carolina Forensics Association to compete in national debate tournaments. She also was selected for the N.C. Fellows Leadership Program, a four-year leadership development experience.

Her Canadian honors include a Queen Elizabeth II medal for superior academic performance and outstanding extracurricular and community involvement and a Lieutenant Governor of Nova Scotia medal for most outstanding 11th-grade student. She was one of 12 Canadian Merit Scholarship Foundation recipients and one of 100 Millennium Excellence Award recipients in Canada.

Yorke’s shots on goal haven’t kept her from volunteering for community service. She periodically serves breakfast in a local homeless shelter and has tutored elementary school children. “For the past three years, I have volunteered three to four hours each week at the UNC Hospitals Jaycee Burn Center, visiting with injured and disfigured patients to provide a valuable distraction from their often severe pain,” she said.

In one of her Morehead-Cain summer experiences, Yorke volunteered in a Rwandan hospital, teaching English to workers involved in activities ranging from surgery to childbirth. She befriended a Rwandan teen who was HIV-infected, orphaned by parents who had died of HIV/AIDS and caring for her younger brother and sister. Yorke spent $12 for a goat for her friend that would help supply income for the family.

“I was so touched by her response that I organized 11 more goat donations to HIV/AIDS-affected families in Rwanda,” Yorke said. Outside her daily hospital duties, Yorke interviewed HIV-positive adults and families with malnourished children about their challenges in receiving care. She presented her findings to hospital health-care staff and returned to Chapel Hill determined to help solve the riddles of HIV/AIDS.

“I left Rwanda with a commitment to the genocide survivors, AIDS victims and impoverished children who had given me a view into their lives,” she said. “I was bringing back their story and the experiences they shared with me to UNC.” Yorke said she wished “to make more people aware of the hardships and situations that other people have to live with in other parts of the world. It’s nothing like what we could imagine in Western culture.”

Someday she’d like to return to Rwanda as a volunteer, perhaps with Doctors Without Borders. “I know that I’ve been very fortunate in my experiences in life,” she said. “I would like to be in a role that could pay some of this back to the global community.”

Worldwide, about 85 Rhodes Scholars are selected annually in 14 jurisdictions. The scholarship funds tuition, fees and living expenses for two years, plus a third year at Oxford, if needed for the degree desired. Its value averages about $50,000 per year and varies according to each student’s course of study.

Other U.S. universities with two Rhodes Scholars this year are Harvard, Northwestern, MIT and UCLA.