The Carolina Population Center has received two grants, providing an expected $38.2 million over five years, that together will fund the next phase of the National Longitudinal Study of Adolescent to Adult Health. Now entering...

Trays of tiny vials in hand, Linda Pluta stands in front of a shoulder-height machine, waiting for it to complete an ultraviolet light cleaning cycle. The timer beeps, and a plexiglass display case smoothly rises....

Scientists at UNC’s School of Medicine and its Gillings School of Global Public Health have found that an orally administered experimental drug is highly effective at preventing COVID-19 infections. They found that the drug —...

Chemical Soup to Ordered Biology: The Quest for How It Really Happened 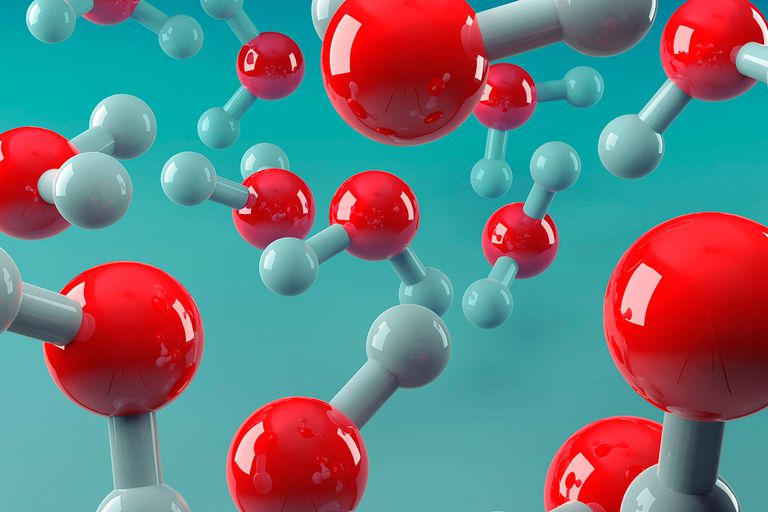 Four Carolina scientists have developed a collaborative strategy to test a hypothesis for how tiny chemicals wound up establishing the way very basic biochemistry first came to be assembled according to a genetic code 4 billion years ago.

About 4 billion years ago, life arose from a primordial soup of chemicals. Somehow, amino acids linked together to form proteins, and from these proteins, the basic molecules of biological life took root, leading ever so slowly to the dawn of life as we know it.

But how? How did the chaos of chemicals become ordered biology?

Scientists working on this question at UNC have received a $1 million award from the W.M. Keck Foundation, a Los Angeles-based philanthropic organization that supports important discoveries in science, engineering and medicine. They hope to enhance our understanding of important cellular processes to open new avenues for disease detection and treatment strategies. 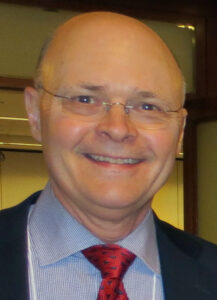 Charles Carter, professor of biochemistry and biophysics at the School of Medicine, is the lead investigator. He has conducted research in this field for more than a decade, one of the reasons the Keck Foundation funded this collaboration. During Carter’s efforts to reveal more about how biology was originally born from chemistry, he reached out to a pair of Carolina colleagues — RNA biology expert Qi Zhang, an associate professor in biochemistry and biophysics; and Abigail Knight ’10, assistant professor of chemistry, who focuses on mimicking proteins with synthetic polymers. The team also recruited to the project Hiroaki Suga, professor of organic chemistry at the University of Tokyo. 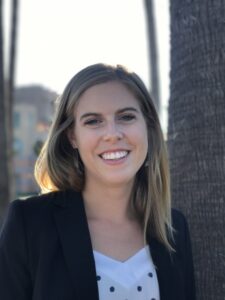 These four scientists have developed a collaborative strategy to test a hypothesis for how tiny chemicals wound up establishing the way very basic biochemistry first came to be assembled according to a genetic code 4 billion years ago. 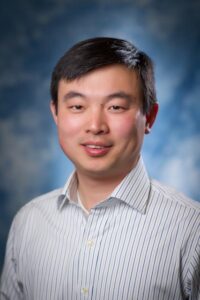 “At a foundational level, all living things depend on their ability to convert information stored in genes into functional enzymes, or proteins,” Carter said. “This is called translation, and scientists have generally understood this process for a long time. But certain details about how this could have happened for the first time at the dawn of life have escaped the attention of the scientific community.”

Understanding the exact details of this process will enable scientists to better explore the possibilities of life outside of Earth. It could inspire new strategies for mimicking complex cellular components and processes important for human health. It will generate a useful public database for the field of synthetic biology, which has many research applications in medicine, manufacturing and agriculture.

Most of all, this project will help answer eternal questions that arose after the discovery of the DNA double helix. That seminal work revealed how information in genes is stored and passed from one generation to the next. But ever since the 1960s, how cells use that information has been a question at the heart of so many research questions related to nature, human health and disease pathology.

“Our project is the first to attempt to understand how particular aspects of the translation process happened in the first place,” Carter said. “Understanding what enabled nature to make the same protein each time in accordance with the genetic code has the potential to be transformative. We are attempting to answer a profound and challenging question.”

Carter’s work on part of this complicated biochemical conundrum found that it remains difficult to figure out how certain pieces of the translation puzzle could have occurred before the repetitive memory that evolution eventually provided. For instance, what was the precise chemical machinery that accelerated the translation of DNA into the short protein bonds between amino acids specified by a code, which is what must have happened for life to emerge?

“Essentially, chemistry is random; it’s chaotic,” Zhang said. “We can imagine chemistry existing before life on Earth emerged, the so-called primordial soup. But biology is neither chaotic nor random. It is ordered.”

Knight added, “Through this project, we will develop a platform to help us investigate and understand the random chemical process that eventually led to nonrandom life.”

The scientists are focusing on one part of the translation machinery that today is known as the ribosome — tiny RNA and associated proteins that link together amino acids in a particular order specified by instructions in a gene. Chains of amino acids, or polypeptides, must fold into active proteins, which orchestrate biological functions that distinguish heart cells from lung cells, for example. To fold the same way each time, the amino acid sequences must be the same, which happens because of genetic coding.

For life to emerge for the first time billions of years ago, amino acids had to link together just so, allowing for ordered biology to emerge from random chemistry.

But in our cells right now, the ribosomes have developed a kind of “memory” to harness the power of the genetic code. And that memory came from a previous creation of biology, previous to the creation of cells. At the start of life, there were no cells, and there could not have been a ribosome like we have now. So what was there? There could have been triplet sequences of DNA and RNA, and possibly these triplets, called codons and anticodons, were able to align perfectly and to “encourage” amino acids to form peptide bonds. And from that tipping point, very rudimentary life would become possible. This, in a simplified nutshell, is what the Carolina scientists hope to test.

“Through our experiments, we aim to generate a massive amount of data on this biochemical process,” Zhang said. “Because when life starts, there tends to be a lot of chaos that gradually becomes ordered. We plan to observe what could have happened.”

Based in Los Angeles, the Keck Foundation was established in 1954 by the late W.M. Keck, founder of Superior Oil Co. The foundation’s grant-making is focused primarily on pioneering efforts in the areas of medical research and science and engineering.

— This story was written by Mark Derewicz, director of research news for the UNC School of Medicine, and produced by Endeavors, UNC’s online research magazine.