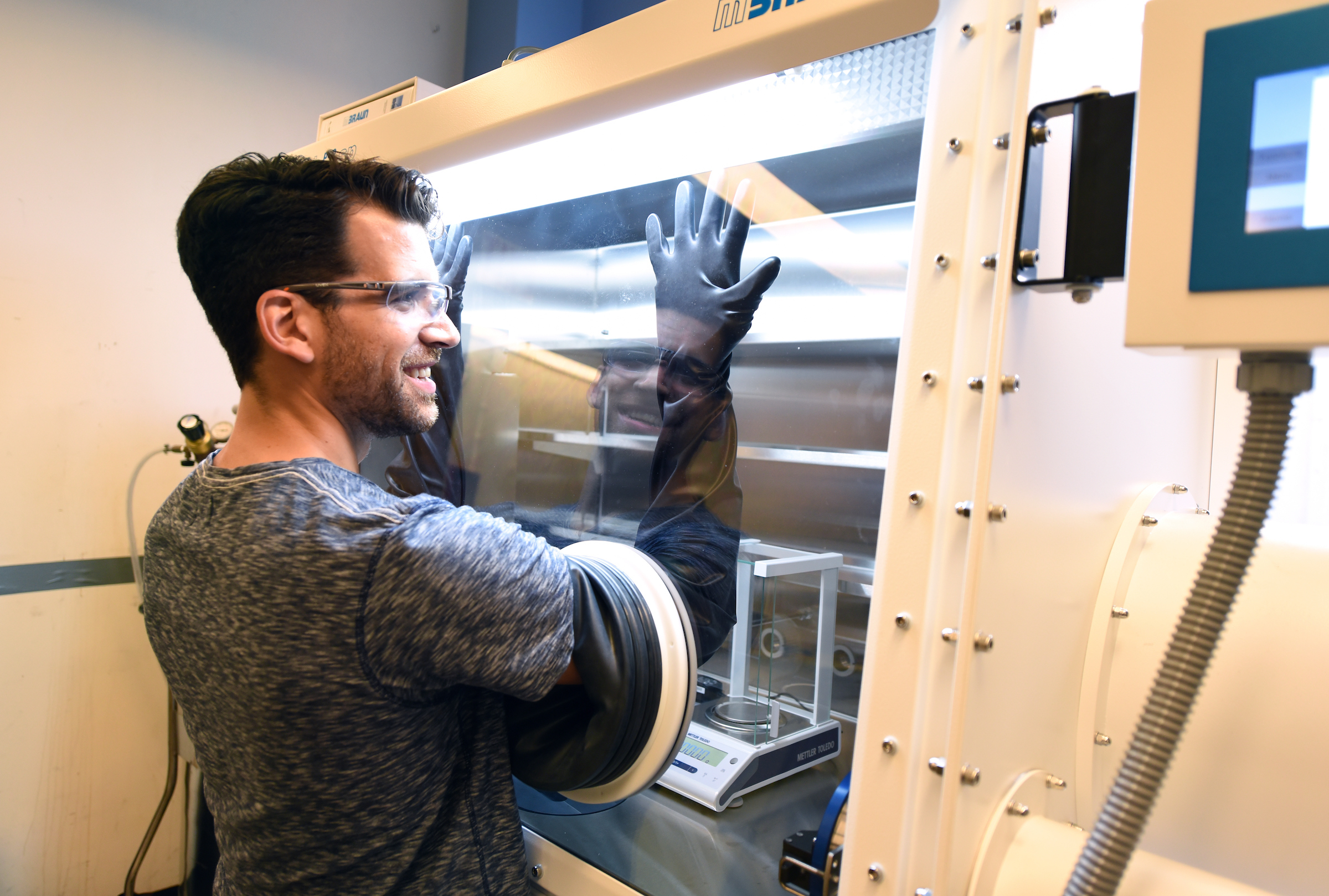 Frank Leibfarth, assistant professor of chemistry at UNC, uses a glovebox — a device for handling hazardous materials safely — in his lab space in Kenan Labs. Leibfarth is an expert in synthetic polymers, also known as plastics. (UNC/Melanie Busbee ’04)

The ceremony is scheduled for 2 p.m. on Dec. 12 in the Dean E. Smith Center. A livestream will be available at this link.

Leibfarth joined the UNC College of Arts & Sciences’ chemistry faculty as an assistant professor in 2016 and has since earned wide acclaim for his innovative research approaches to polymer and materials chemistry, teaching and mentoring.

The Leibfarth Group at Carolina focuses on new methods for developing synthetic polymers, commonly known as plastics. The approach is rooted in the belief that the convergence of organic, continuous-flow and polymer chemistries holds the key to making materials smarter, more functional and more sustainable. 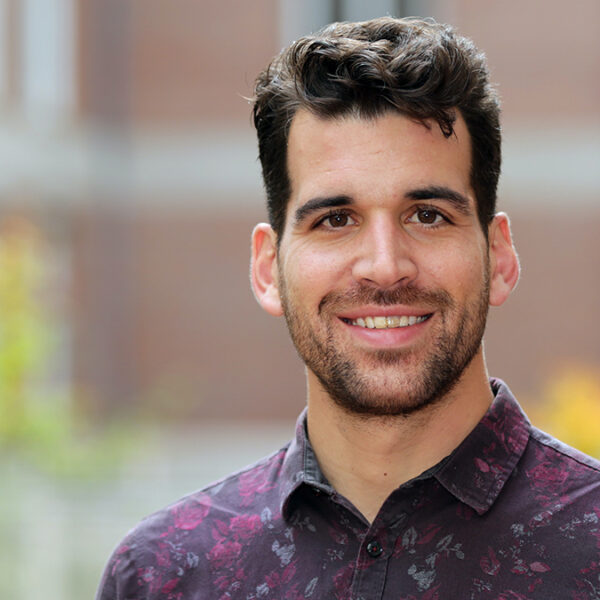 Assistant Professor Frank Leibfarth’s PFAS research earned him a spot in Popular Science magazine’s 2021 Brilliant 10 roster, which recognizes 10 early-career scientists and engineers across the nation who have the potential to transform the world with their innovative approaches to key issues. (UNC/Lars Sahl)

After the 2016 discovery that perfluorinated alkylated substances, or PFAS, had contaminated North Carolina’s Cape Fear River Basin, Leibfarth, with support from the state-funded N.C. Policy Collaboratory, designed a fluorinated resin that soaks up PFAS the way the gel in diapers soaks up water — and at a rate more than four times higher than the best commercial technology.

The PFAS research earned Leibfarth a spot in Popular Science magazine’s 2021 Brilliant 10 roster, which recognizes 10 early-career scientists and engineers across the nation who have the potential to transform the world with their innovative approaches to key issues. “Being named one of Popular Science’s Brilliant 10 for 2021 is an incredible achievement, and we’re fortunate to have one of those groundbreaking scientists here at Carolina in Frank Leibfarth,” said Chancellor Kevin M. Guskiewicz. “His research on the removal of PFAS from drinking water is the embodiment of our commitment to serving the public good by solving the grand challenges of our time. Our graduates will benefit greatly from his guidance and encouragement as they prepare to embark on their careers.”

Leibfarth said he was humbled by the invitation to address Carolina’s winter graduates.

“I want to share what I’m passionate about and some of the universal lessons that I’ve learned — often the hard way — throughout my career,” he said. Among those lessons: Learn at least one thing really well; stay curious; and don’t fear failure.

Among many awards for his work, in 2020 Leibfarth earned an Alfred P. Sloan Research Fellowship, a Cottrell Scholar Award and a Camille Dreyfus Teacher-Scholar Award. He has also received a Beckman Young Investigator Award, an NSF CAREER Award and an Army Research Office Young Investigator Award. Until recently, for nearly 10 years, Leibfarth was the University of South Dakota football team’s all-time leading scorer.