UNC sports medicine researcher Kevin Guskiewicz, one of the country’s leading experts on concussions, has been named a 2011 MacArthur Fellow.

The John D. and Catherine T. MacArthur Foundation of Chicago awarded Guskiewicz a MacArthur Fellowship, sometimes called “genius grants.” The unrestricted award given to talented individuals who have shown extraordinary originality, creativity and the potential to make important future contributions. The fellows, nominated anonymously by leaders in their respective fields, each receive $500,000 in “no strings attached” support over the next five years. 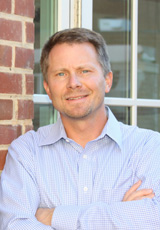 Guskiewicz, one of 22 new MacArthur Fellows, is a Kenan Distinguished Professor and chair of UNC’s department of exercise and sport science. He also is co-director of the Matthew Gfeller Sport-Related Traumatic Brain Injury Research Center and research director for the Center for the Study of Retired Athletes. In 2010, he was named to the NCAA’s concussion committee and the NFL’s head, neck and spine committee.

The MacArthur Foundation recognized Guskiewicz for his research advancing the diagnosis, treatment and prevention of sports-related brain injuries to improve the safety of athletes of all ages.

Guskiewicz helped write concussion guidelines that are now recommended by the National Collegiate Athletic Association, the National Football League, the National Athletic Trainers’ Association and the American College of Sports Medicine. With retired NFL players, he has documented a disturbingly high correlation between those who have suffered multiple concussions in their careers and the early onset of neurodegenerative changes like depression and dementia following retirement from sport.

“We have an amazing interdisciplinary research team at UNC, and the MacArthur Fellowship will help us to expand our work into developing injury prevention strategies and rehabilitation protocols for concussion that can help to preserve sports as we know it today,” Guskiewicz said.

He first became concerned about concussions when he was an athletic trainer with the Pittsburgh Steelers in the early 1990s. Although he has a passion for his work, Guskiewicz said he is not seeking to fundamentally change football or other contact sports.

“Concussion is a very complex injury. Managing this injury effectively is sort of like piecing together a puzzle. Piece by piece, we gain a clearer picture of concussion and its severity,” he said. “As scientists, coaches, administrators and doctors, we bear the responsibility of keeping our athletes safe.”

“Kevin Guskiewicz is a wonderful example of how a faculty member’s innovative research — both in the lab and in the field — advances knowledge that saves lives,” said Chancellor Holden Thorp ’86. “He has become one of the go-to experts in America when it comes to the widespread problem of sports-related concussions. We are thrilled and proud that the MacArthur Foundation has selected him for such important recognition.”