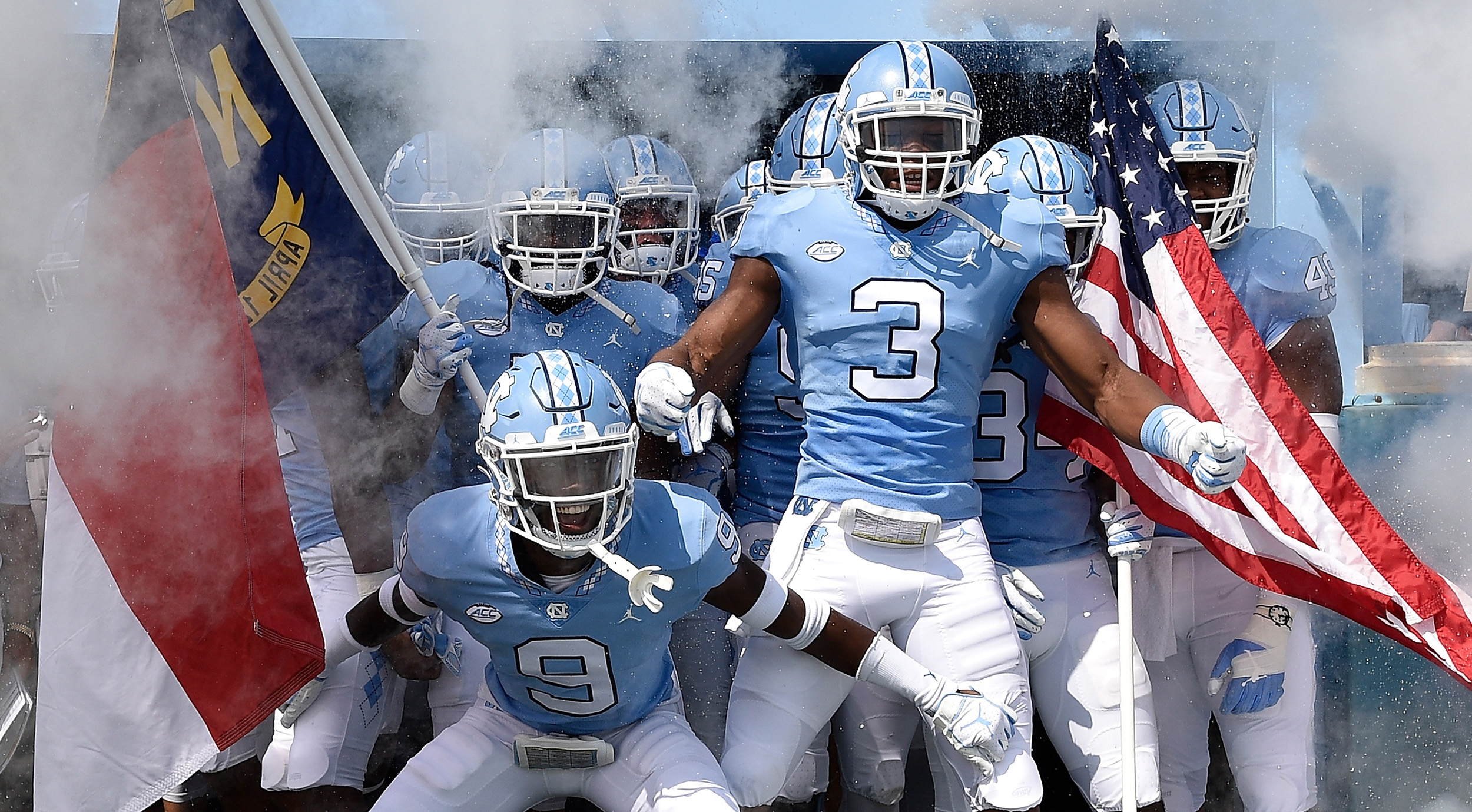 Fan support helped Carolina’s athletics department stave off huge deficits. For example, $2.4 million came from football season-ticket holders donating the cost of their seats instead of receiving refunds for the 2020 season. Blue Zone seat holders contributed $1.1 million, which is what would have been the price of their leases. (Grant Halverson ’93)

After a year of campus challenges brought on by the COVID-19 pandemic, Carolina athletics delivered some good news to Tar Heel supporters in July: The department managed to avoid — by far — the deep financial wound it expected to suffer in the 2020-21 fiscal year.

The department, which announced September 2020 projected revenue losses of $30 million to $52 million, trimmed that number to less than $6 million, according to a letter sent to Rams Club members from Executive Director John Montgomery and Athletics Director Bubba Cunningham. The letter said the department would address the deficit by deferring some debt service through the University to future years.

Cunningham last year outlined cost-cutting measures that included a 10 percent cut in sports’ budgets, freezes in spending and hiring, staff furloughs and 10 to 20 percent salary reductions to higher paid coaches and staff. The letter cited all those measures for the rosier budget numbers, plus robust donations, including $5.2 million given to the Carolina Victory Fund. That pool of money, created to offset pandemic related losses, more than doubled its fundraising goal of $2 million.

Another $2.4 million came from football season-ticket holders who chose to donate the cost of their seats to the department instead of receiving refunds for the 2020 season. Blue Zone seat holders contributed $1.1 million, which is what would have been the price of their leases. Overall, $10 million in donations helped the department curtail greater losses.

The department, which supports 28 varsity sports, makes money through ticket sales, sponsorship and television revenue, conference distributions and concessions sales. Cunningham told The News & Observer that early estimates of as much $50 million in revenue losses also reflected the possibility that all competition would be canceled due to COVID-19 effects. All 28 sports competed in the 2020-21 season, some with none or limited fans.