Passions run high when it comes to fraternities, among members as students and adults, with those who have never joined, and with school administrators and others in charge of keeping students safe. No one wants to be the one responsible for recommending changes to a system that most — but not all — agree needs fixing. 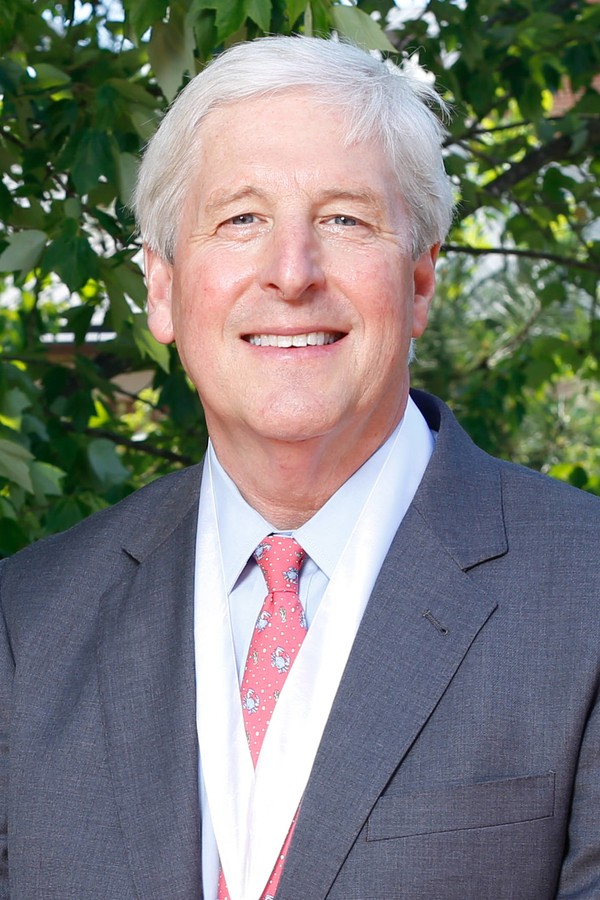 Yet when UNC’s fraternity system reached a crisis level seven years ago, the school knew it had to act. UNC called on Jordy Whichard III ’79.

Jordy’s resume should include, “Does hard things.” He had shepherded the sale of his century-old family business when its industry seemed to be collapsing around it. In challenging times, he continued working to shore up the news business he deemed important as a public service, and he made the difficult decision to leave the company when he was directed by the new owner to dismantle what he had spent his career building.

University administrators knew that when his alma mater called with its own difficult assignment, Jordy would say yes.

Look at his track record: At UNC, Jordy has chaired the GAA Board of Directors and served as president of the School of Media and Journalism Foundation board. When he belonged to the UNC Health Care System board, Jordy led bridge-building efforts after WakeMed made an unwanted overture to buy Rex Health Care from the UNC system. His intervention turned contentious situations into those that created opportunities.

Dr. Bill Roper, CEO of the UNC Health Care System, lauded Jordy’s keen insights into how business operates. “Jordy knows how organizations work and how to get things done,” Bill said. “He combines that with a real heart for community service and leadership.”

In Greenville, where he grew up and lives today, Jordy contributes his time and expertise to numerous boards. He also serves on the board of the Research Triangle Foundation of North Carolina as it reinvents the Research Triangle Park, which affects economies across the state, and as it redevelops RTP’s core center. Previously, he chaired the Boys & Girls Clubs of the Coastal Plain, the N.C. Economic Development Board and the N.C. Center for Public Policy Research, and he was a trustee of East Carolina University and the UNC System’s Center for Public Television.

His family started The Daily Reflector in Greenville in 1882. Jordy sees his civic and political involvement as part of the mantle of responsibility that goes along with publishing a newspaper. “Public service is part of the bedrock of our family business,” he said.

Jordy followed his father, uncles and his older sister to UNC and pursued a business degree. After graduating, he joined the staff of U.S. Sen. Robert B. Morgan, then gained some journalism experience at newspapers in Virginia and South Carolina before returning to Greenville in 1985 to join The Daily Reflector. He was the paper’s general manager until 1991 and the CEO until 1996 when he sold the business.

The newspaper industry felt the full brunt of the global economic implosion of 2008. Expected to impose the new owner’s strategy for cutting costs, Jordy chose instead to make more positive contributions. He left in 2009, just in time to field the fraternity crisis.

At Carolina, Jordy had lived the Greek experience as president of Phi Gamma Delta. His father had been a fraternity brother, as had his recently graduated son. A series of incidents in which some fraternities ran afoul of the rules prompted UNC’s Board of Trustees to ask Jordy to conduct a review. He involved a broad range of stakeholders; in the end, people accepted his solutions to a complicated and emotionally charged problem.

“Jordy’s not a foot-stomper or a table-pounder,” said friend and fraternity brother Davy Davidson ’77. “He’s a thoughtful guy who had a sense of diplomacy, even in college.”

Last year, Bill Roper attended the memorial service for Jordy’s father. Bill said that as he listened to people eulogize David Whichard II ’48, he thought they could just as easily have been talking about Jordy. “The Whichard family has contributed an awful lot to the state of North Carolina,” Bill said, “and there’s much more to come.”