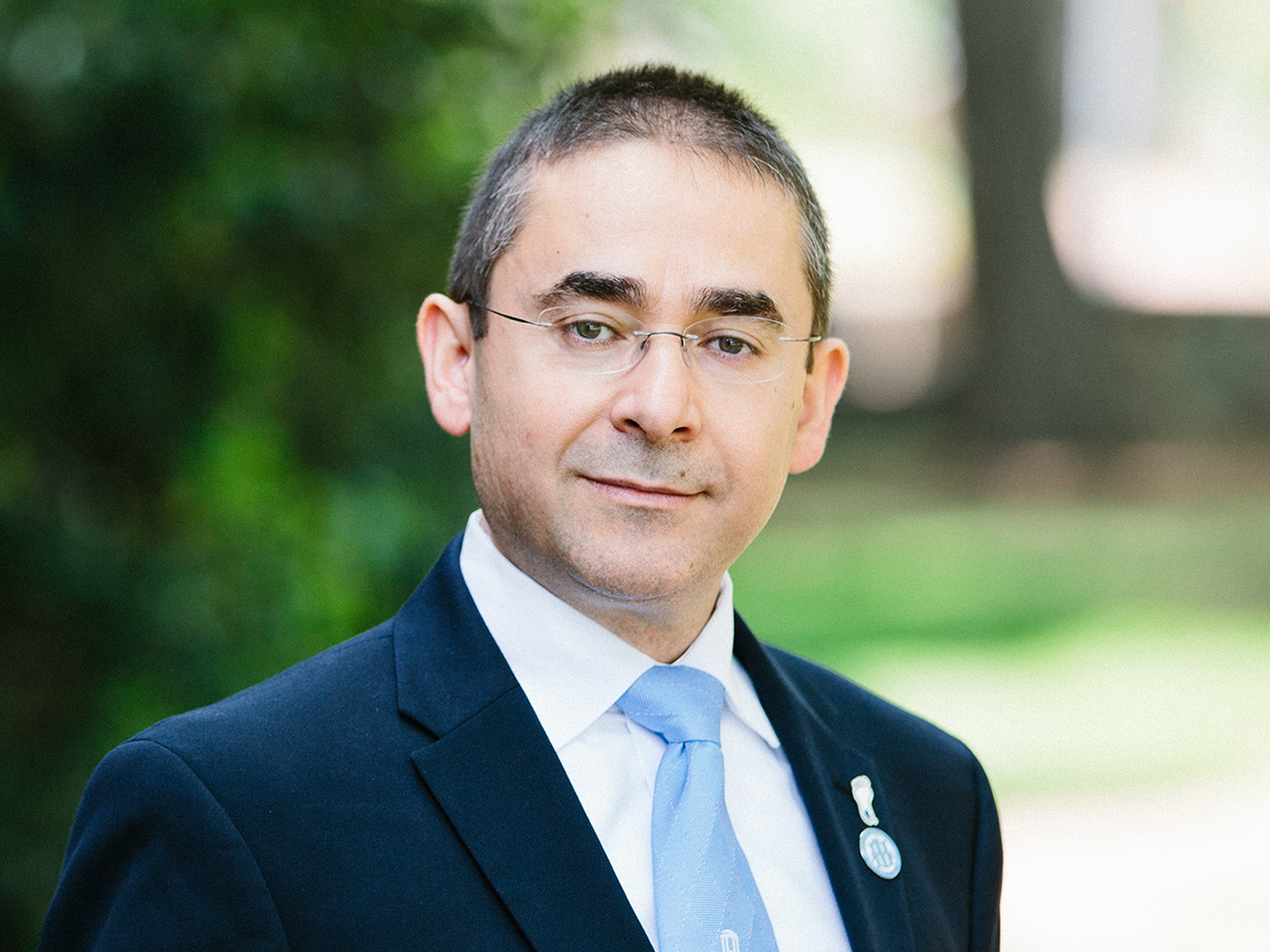 School of Education Dean Fouad Abd-El-Khalick has expanded fundraising efforts, including those that are funding renovations in Peabody Hall and creating updated teaching, learning and research spaces for faculty and students..

School of Education Dean Fouad Abd-El-Khalick has been appointed to a second five-year term.

Under Abd-El-Khalick’s direction, the school has increased research funding and its impact on educational practice.

The school has risen 10 places in the U.S. News & World Report rankings of schools of education during his tenure, reaching 25th in the most recent list.

Under Abd-El-Khalick’s leadership, several academic programs have seen enrollment increases, reflected in a 47 percent rise in total instructional units. In the past five years, the school has seen a 154 percent increase in total research expenditures, reaching its highest-ever level.

Abd-El-Khalick has led an ambitious faculty recruitment campaign that attracted rising stars and leading scholars. The campaign expanded racial and ethnic diversity among the school’s faculty to its highest level in two decades, including hires under the Valuing Inclusion to Attain Excellence program designed to attract accomplished and talented faculty members from underrepresented and other groups for tenure track or tenured appointments. Of 23 new hires, 39 percent identify as faculty of color.

By July 2020, 28 percent of the school’s faculty represent racial and ethnic minorities.

Also under Abd-El-Khalick, the school has expanded fundraising efforts, including those that are funding renovations in Peabody Hall and creating updated teaching, learning and research spaces for faculty and students. He also has worked to expand collaborative programs with the College of Arts and Sciences, the Eshelman School of Pharmacy, the Gillings School of Global Public Health, the Adams School of Dentistry and the schools of nursing and social work.

He recently served on Gov. Roy Cooper’s ’79 (’82 JD) Commission on Access to a Sound Basic Education, which has issued a set of recommendations regarding increased funding of public K-12 education in North Carolina.

Abd-El-Khalick also is regarded as a leading researcher in his field, the teaching and learning about the nature of science in precollege grades and in teacher education settings. He is an elected fellow of the American Association for the Advancement of Science. During his first term as dean, he has served as co-editor of the Journal of Research in Science Teaching and associate editor of the Journal of Science Teacher Education and has continued to produce original research.

Before coming to Carolina, Abd-El-Khalick was at the University of Illinois at Urbana-Champaign for 16 years, where he won teaching and research awards, was the Grayce Wicall Gauthier Professor of education and was head of the department of curriculum and instruction and associate dean for research in Illinois’ College of Education.