The subject of the University’s governance has been increasingly in the news in recent months. Carolina’s nearly 350,000 living alumni take pride in knowing that our alma mater is the nation’s first public university — dating to the laying of Old East’s cornerstone in 1793 and the arrival of our first student, Hinton James (class of 1798). 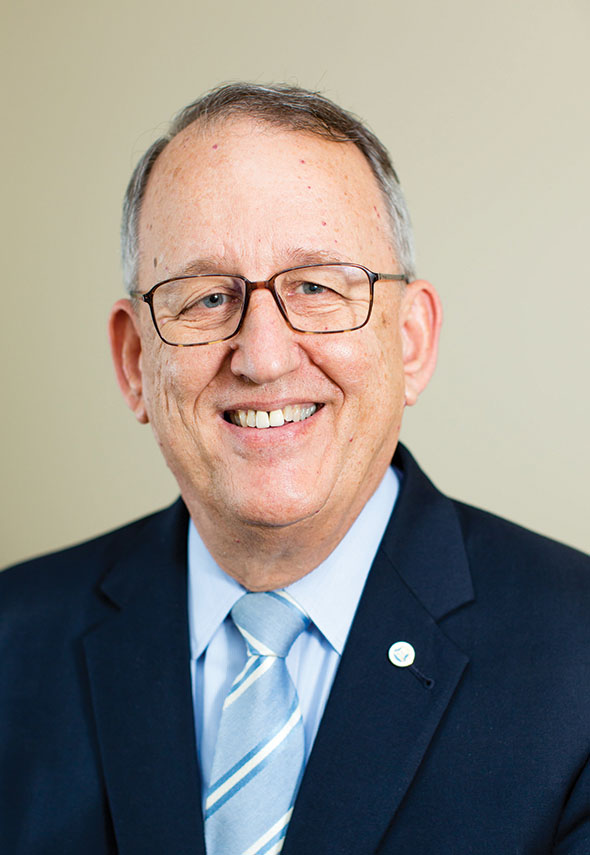 This University was the only public university in North Carolina until 1867, when Fayetteville State University (previously the Howard School, the State Colored Normal School and Fayetteville State Teachers College) was founded. In 1931, N.C. State College of Agriculture and Engineering at Raleigh and N.C. College for Women at Greensboro were merged with Carolina to become the Consolidated University of North Carolina. The 100 members of the board overseeing those institutions, then known as the Board of Trustees, were chosen by the N.C. General Assembly, and its chair was the state’s governor.

In the 1960s, Charlotte College, Asheville-Biltmore College and Wilmington College were added to the Consolidated University. In 1971, the General Assembly established a 32-member Board of Governors for the 16 institutions making up the UNC System for Higher Education, adding these minority-serving universities: Fayetteville State, UNC at Pembroke, N.C. Agricultural and Technical State, Elizabeth City State, Winston-Salem State and N.C. Central, as well as these former teachers colleges: Western Carolina, Appalachian State and East Carolina plus the N.C. School of the Arts. (More recently the N.C. School of Science and Math was added as a 17th institution.)

Initially, BOG members could serve no more than two eight-year terms, but by 2001, the length of terms had been reduced to four years and no more than three terms. Sixteen members were elected by the General Assembly every two years. In each of those elections, the law stipulated that two board members be of the “largest political minority of the General Assembly,” two be of “a minority race” and “two be women.” Threatened with a lawsuit by a former BOG member who believed such conditions were illegal, the General Assembly ended these quotas. Nevertheless, believing it important to retain bipartisanship on the BOG, the Democratic-led state Senate subsequently elected Republicans Peter Hans ’91 and Brent Barringer ’81 (’84 JD) to the BOG in 2003. By 2019, the size of the BOG was reduced to 24 members.

For many years, Carolina has been identified with Cal-Berkeley, UCLA and the universities of Michigan and Virginia as consistently the highest-ranked public universities in the U.S. It is interesting to note the differences among these five.

At Virginia, the 17 members of the board of visitors are appointed by Virginia’s governor to one four-year term and may be reappointed for one additional four-year term. (That board also is responsible for governing the University of Virginia at Wise.)

The 10 universities of the University of California System have a single governing board — the 26-member board of regents. Eighteen regents are appointed by the governor for 12-year terms. Seven are ex officio members — the governor, lieutenant governor, speaker of the assembly, superintendent of public instruction, president and vice president of the alumni associations of UC, and the UC president.

Of these five, Carolina is the only one to no longer have a school of engineering (Carolina’s faculty and equipment were transferred to NCSU in 1938), and Cal-Berkeley is the only one of the five not to have its own school of medicine. (Nearby University of California, San Francisco, has schools of medicine, dentistry, pharmacy and nursing.) Seven of the 10 University of California System universities are members of the prestigious 64-member Association of American Universities. (Carolina is the only AAU member among the UNC System universities. Virginia, Michigan, Cal-Berkeley and UCLA are all AAU members.)

Over the past 50 years, the UNC System Board of Governors has been led by 18 chairs, 12 of whom were Carolina alumni, and the system has had seven presidents, five of whom have been Carolina alumni.

As the UNC System observes and celebrates its 50th anniversary, our alma mater continues to take pride in all that Carolina contributes to our state and nation through our many collaborations with other system institutions as together we continue to teach nearly 250,000 students and to serve nearly 11 million North Carolinians.