Expert on Development Finance to Speak About Economic Inequality 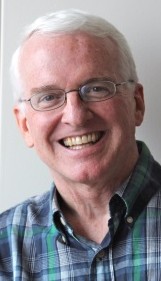 Martin Eakes, co-founder and CEO of Self-Help Credit Union and the Center for Responsible Lending, will speak Oct. 1 at UNC about whether economic inequality is threatening Americans’ opportunity for prosperity and upward social mobility.

Eakes’ topic for the eighth annual Thomas Willis Lambeth Distinguished Lecture in Public Policy is “Extreme Inequality: Is it Really a Problem?” The free event is open to the public and will be held at 5:30 p.m. in Gerrard Hall.

Eakes, whose Durham-based nonprofit organizations provide consumer financial services, technical support and advocacy for those left out of the economic mainstream, is a nationally recognized expert on development finance and has been a champion of economic empowerment for women, low-income, rural and minority communities.

The North Carolina native was selected in 2011 as one of 12 recipients of the Ford Foundation’s Visionaries Award for his contributions to creating financial opportunities for the poor. In 2013 he received the Hubert H. Humphrey Civil and Human Rights Award from the Leadership Conference on Civil and Human Rights for “selfless and devoted service in the cause of equality.” He also has been honored as a MacArthur Fellow by the John D. and Catherine T. MacArthur Foundation, and in 2009 he was recognized by the Opportunity Finance Network, which presented him with the Ned Gramlich Lifetime Achievement Award for Responsible Lending. He holds a law degree from Yale, a master’s degree from the Woodrow Wilson School of Public Affairs at Princeton and a bachelor’s degree from Davidson College.

The Lambeth speech series, presented by the UNC Department of Public Policy, is named for the 1957 UNC graduate and former executive director of the Z. Smith Reynolds Foundation. It was endowed in 2006 to bring to campus distinguished speakers who are practitioners or scholars of public policy, particularly those whose work addresses education, ethics, democratic institutions and civic engagement.

See a video profile of Martin Eakes, produced by the Leadership Conference on Civil and Human Rights.