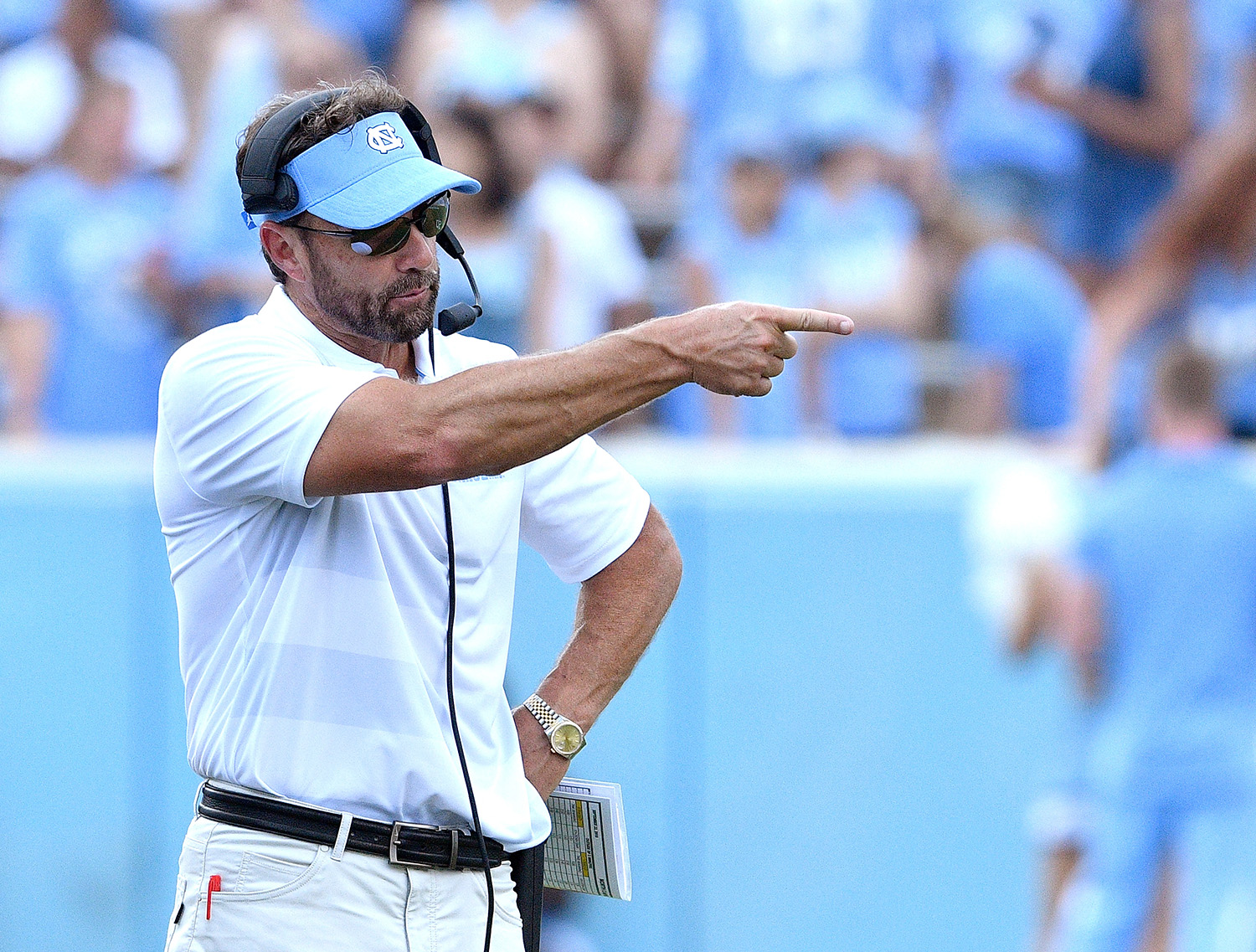 Larry Fedora is the fourth consecutive football coach the University has released for unsatisfactory performance. (Photo by Grant Halverson’93)

UNC fired head football coach Larry Fedora Sunday after a loss to N.C. State left the Tar Heels 2-9 for the season. Fedora, whose team was 3-9 in 2017, is the fourth consecutive football coach the University has released for unsatisfactory performance. His teams had winning records in four of his first five years at Carolina after he had four successful seasons as coach at Southern Mississippi.

Athletics Director Bubba Cunningham said: “We appreciate all that Larry Fedora has done for us over the last seven years — coming to Carolina in the midst of an NCAA case and bringing stability to our football program when we most needed it. Despite injuries, despite setbacks and hardships, Larry never made excuses. He focused his teams on overcoming adversity, and I deeply respect the way he persevered and led our program each day with integrity through some tough times. This was not an easy decision because of the deep affinity I have for Larry. It simply is time to take our football program in a new direction.”

Fedora has four years left on his contract and is owed $3 million per year over the next four years. The $12 million will be paid by the athletics department, not with taxpayer funds. “The search for a new head coach has begun along with an evaluation of the rest of the football program’s staff,” the department said in a statement. “Cunningham will have no further comment until a new head coach is hired.”

The News & Observer reported that the money owed to Fedora by UNC would be reduced by the amount of what he would be paid in another job as a coach or television commentator.

Fedora’s teams won 45 games and lost 43 and were 28-28 against Atlantic Coast Conference opponents.

Since Mack Brown left Chapel Hill for the coaching job at the University of Texas in 1997, UNC has released Carl Torbush, John Bunting ’72 and Butch Davis.