Carolina fans will have 13 Tar Heels to cheer on during the pandemic-delayed 2020 Summer Olympics and Paralympics in Tokyo. Eight will be playing for U.S. teams and five for other countries in the competition... 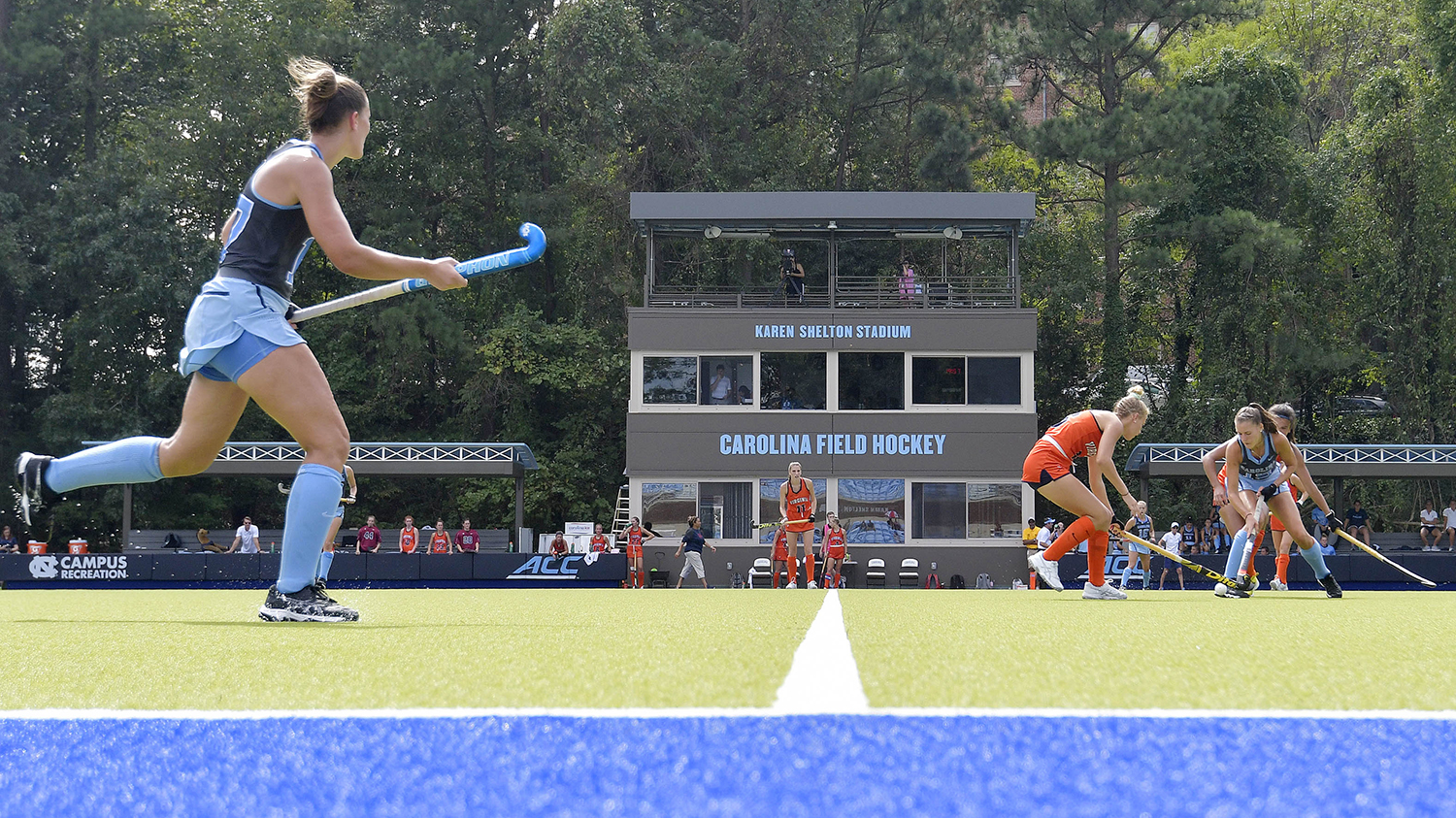 Karen Shelton Stadium, which opened this fall on the site of the old Ehringhaus Field, is the first playing facility named for a female coach at Carolina. (Jeffrey A. Camarati/UNC Athletic Communications)

Carolina is naming its new field hockey stadium for Karen Shelton, the Tar Heel coach now in her 38th season with the program. Ken Williams ’70 (MSPH) and his wife, Cheryl, longtime supporters of Carolina athletics, wanted to recognize Shelton and committed the lead gift to make Karen Shelton Stadium possible.

The stadium, which opened this fall on the site of the old Ehringhaus Field, is the first playing facility named for a female coach at Carolina — and second only to the Dean Smith Center.

“I could not feel more honored and humbled by this gift,” Shelton said. “This stadium is such a wonderful tribute to all of the players and coaches who have come through our program and helped to make it great.”

The Williamses, who are co-chairs of the Campaign for Carolina Athletics, have held various leadership roles on campus, including with UNC’s Lineberger Comprehensive Cancer Center. Ken, who also has a doctorate from UNC in public health, is a former chair and current member of the Rams Club’s executive board of directors.

The Tar Heels moved into the facility at the start of preseason in August. The grandstand seats 900 fans — 1,000 including the grass around the field. The stadium includes a videoboard, European-soccer inspired benches and a three-level press box. The team building has more than 10,000 square feet of space and includes home and visitor locker rooms, a team meeting room and theater, a coaches’ office, a sports medicine room and an area for team meals and functions.

The 17-year-old Henry Stadium, the team’s former home on the Navy Field site, was torn down this year to make room for new football practice fields.

Since becoming the program’s fourth head coach in 1981, Shelton has led UNC to six NCAA championships, 20 ACC championships and 35 winning seasons. She ranks second in Division I field hockey history in total wins, and her program holds records for NCAA tournament appearances, games played and wins. This year’s team is ranked No. 1 in the nation.

Shelton also has groomed players to represent the U.S. in international play — every U.S. national team since 1989 has included at least one current or former UNC player. Seven of her players earned All-ACC Academic Team honors in 2017, and 16 were named to the 2017-18 ACC Academic Honor Roll.

The stadium is the first of four new athletics projects to open. The Indoor Football Practice Complex is expected to be finished this fall along with two outdoor practice fields for football and a new soccer and lacrosse stadium planned for completion in the spring — all on the Navy Field site and the site of the former Fetzer Field. A new track and field facility should be ready in the spring adjacent to Finley Golf Course.