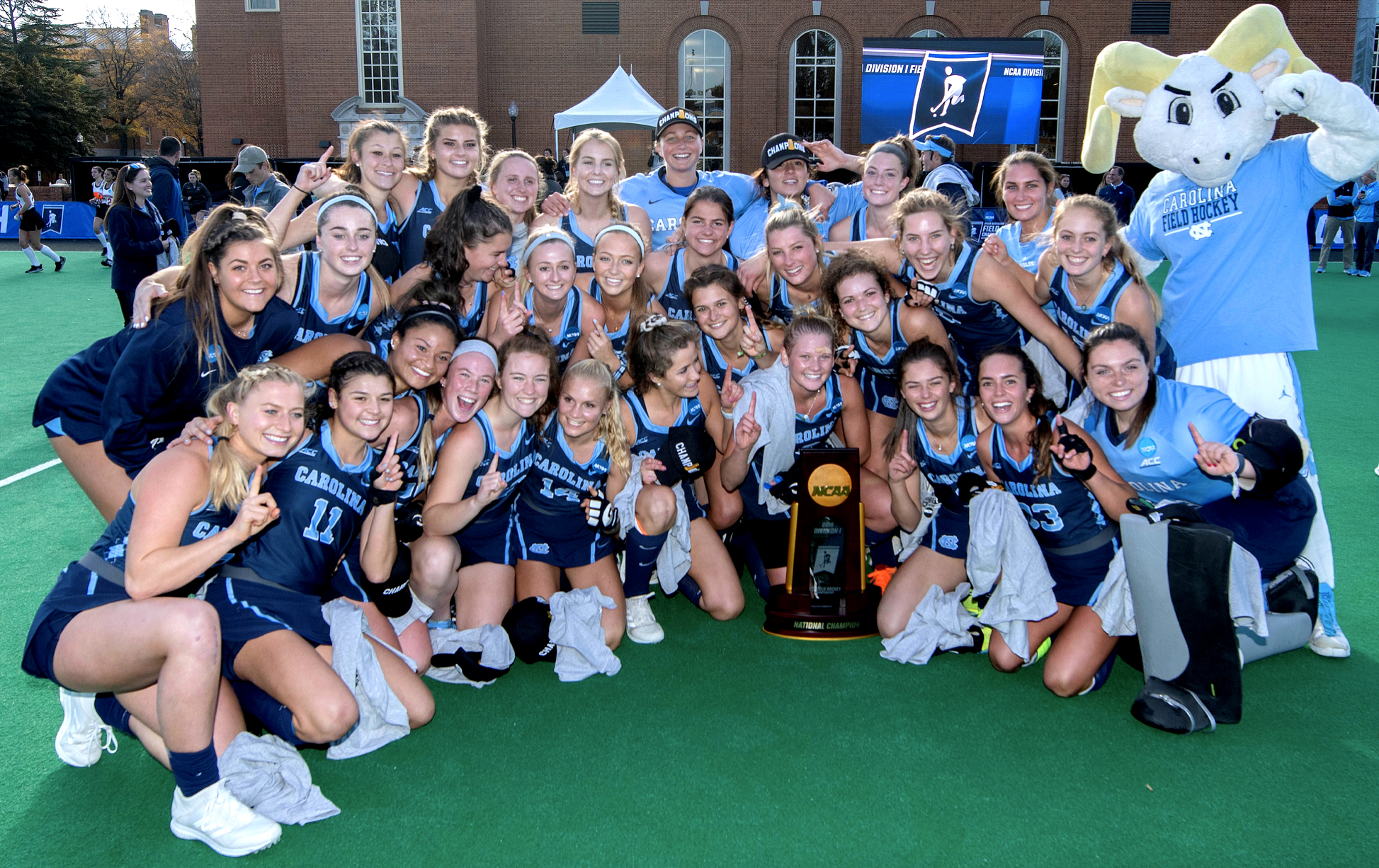 The top-ranked Tar Heels beat No. 9 Princeton 6-1 on Nov. 24 in Winston-Salem to claim the program’s eighth national championship and complete a second consecutive undefeated season.

The Heels now have won 46 games in a row. 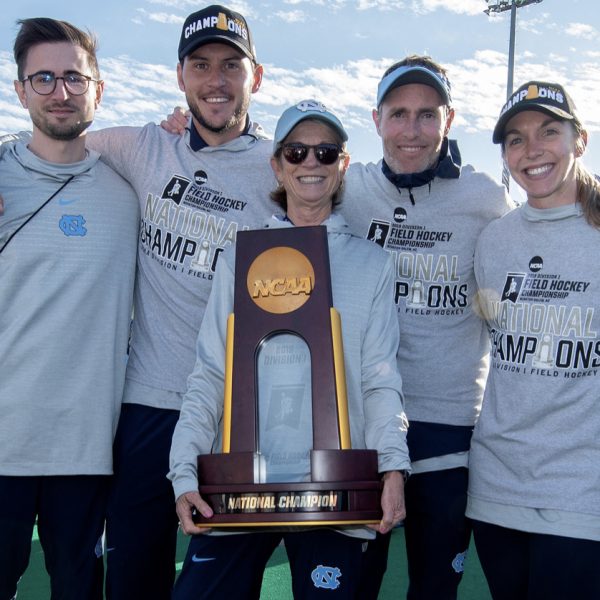 “Back-to-back is incredibly special. We did take it game by game,” Coach Karen Shelton said. “I’m just thrilled to represent The University of North Carolina. I know I say that a lot, but it’s absolutely true.”

Sophomore Erin Matson was named the NCAA Tournament’s Most Outstanding Player, and she was joined on the All Tournament Team by senior Yentl Leemans and juniors Amanda Hendry and Eva Smolenaars.

Matson is two-time ACC Offensive Player of the Year and just the second UNC freshman to be named first-team All-America. She scored 33 goals, the second-most in program history, and had 15 assists. 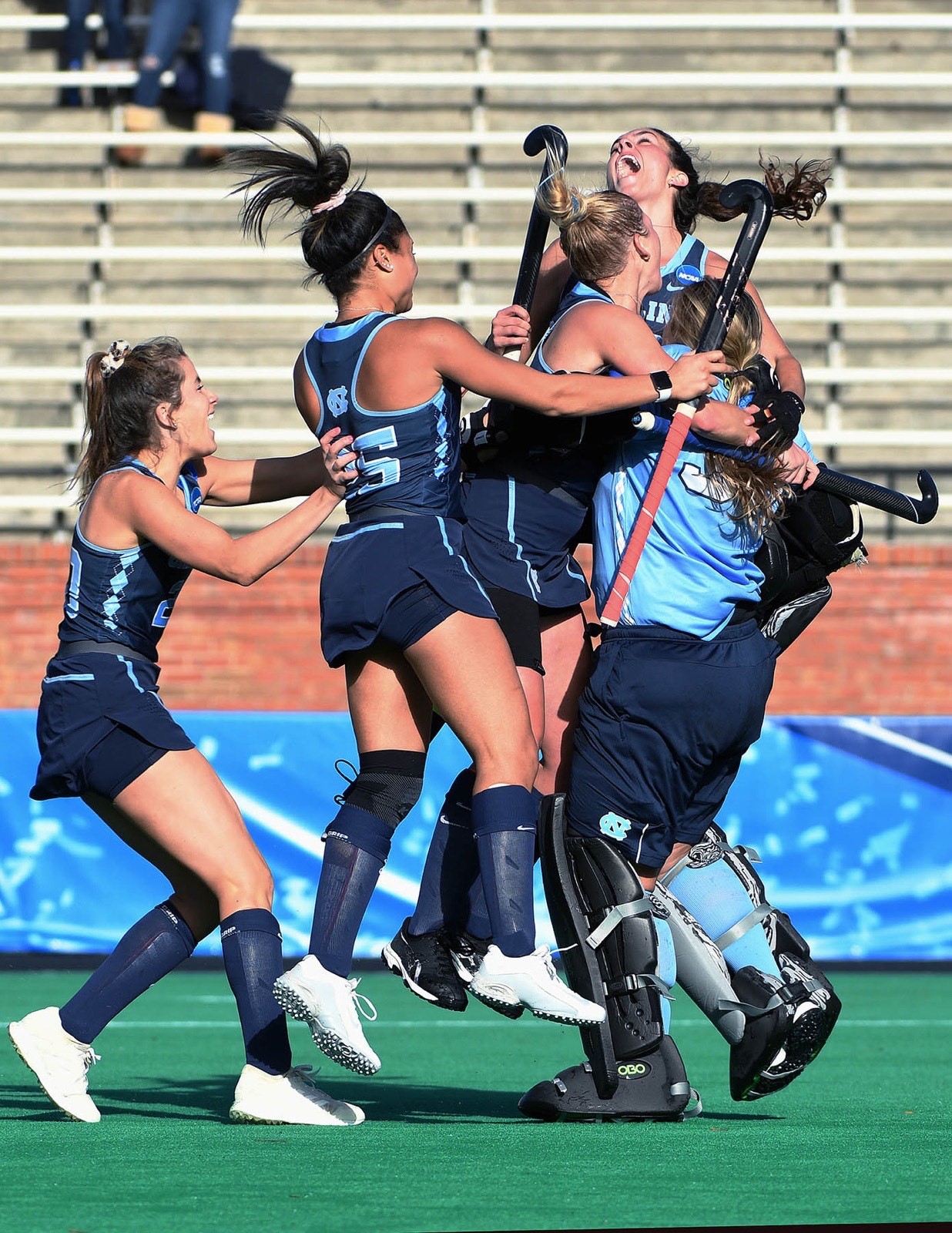 The Tar Heels celebrate the 6-1 victory over Princeton as the game ends. (UNC photo by Jeffrey Camarati)

UNC fell behind early when Princeton scored just 2:13 into the game. It was the third game in a row in which the Tar Heels trailed early. The Heels answered with a pair of goals on second chances. Despite the margin, Princeton outshot Carolina 15-14.

It was the third time in NCAA history that a team has gone back-to-back with undefeated seasons.

UNC won its eighth national title in Shelton’s 39 years on the same field where the Tar Heels won their second, in 1995, and their sixth, in 2009.