Thomas Ross ’75 (JD), former president of the UNC System, will become president of The Volcker Alliance, a nonpartisan organization formed in 2013 to address the challenge of effective execution of public policies and to rebuild public trust in government. The appointment was announced by Paul A. Volcker, former chair of the Federal Reserve. 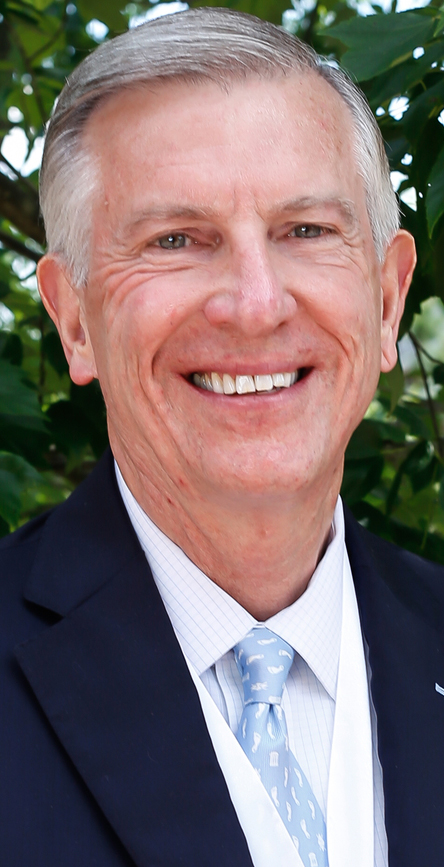 Ross wrote in a note accompanying the announcement that he and his wife, Susan ’71, would move to Charlotte and commute to New York. Ross will resign from a professorship in UNC’s School of Government that was part of a package he agreed to when he became president; his note says he will continue in his role at Duke University as a Sanford Distinguished Fellow of public policy.

The system Board of Governors ousted Ross in January 2015, for reasons never clearly specified, and allowed him to stay on and complete his fifth year as president.

Ross served as a judge in the N.C. Superior Court for 17 years and continued his public service as the director of the state’s Administrative Office of the Courts before serving as chief executive of the Z. Smith Reynolds Foundation. He was president of Davidson College, his undergraduate alma mater, from 2007 to 2010.

“The strains and pressures on government at all levels are plain to see,” said Volcker, the founder and chair of the alliance. “Tom Ross’ broad experience in education, government and philanthropy will be brought to bear on all our efforts to improve government performance.”

Central to the alliance mission is working with leading universities, scholars and practitioners to build support for professional excellence among civil servants and well-designed research relevant to government performance.

“He’s been in government, and he gets the issue the Alliance is tackling — not what should policy be, but how best can that policy, whatever it is, be implemented,” said Richard Ravitch, former lieutenant governor of New York and an alliance director.

Ross will start work with the alliance July 1.

At Duke, Ross is expected to help develop the idea of putting the drawing of North Carolina legislative and congressional district boundaries in the hands of an independent commission.