A professor who translates research into real-world innovations and a dean who champions nonpartisan service to the state’s leaders were honored Friday with the GAA’s Faculty Service Award.

The GAA Board of Directors presented the awards to chemistry professor Joseph DeSimone and UNC School of Government Dean Michael Smith ’78 (JD). The award, established in 1990, honors faculty members who have performed outstanding service for the University or the association. 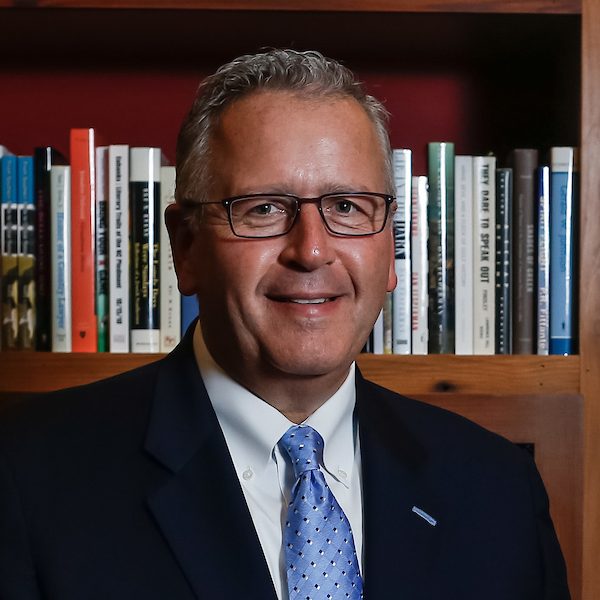 DeSimone, a polymer chemist, is the Chancellor’s Eminent Professor of chemistry at UNC and the William R. Kenan Jr. Distinguished Professor of chemical engineering at N.C. State. He is former director of the UNC Kenan Institute of Private Enterprise.

He is one of only a handful of scientists to have been inducted into all three branches of the U.S. National Academies: Engineering in 2005, Sciences in 2012 and Medicine in 2014. He has received more than 50 major professional recognitions, including the Lemelson MIT Prize in 2008, and, from the UNC System Board of Governors, the O. Max Gardner Award in 2000. In 2016, DeSimone received the National Medal of Technology and Innovation from President Barack Obama.

Staffing his labs with a diverse mix of graduate students — “You learn the most from the people you have the least in common with,” he says — DeSimone has about 170 patents in his name, and another 100 or so pending, but is known as a generous researcher who shares his discoveries in hopes others can use them to make their own breakthroughs.

Among the companies he has co-founded are: Bioabsorbable Vascular Solutions, which produced a stent that is absorbed by the body once the blood vessel can stay open on its own; Micell, which pioneered the first carbon dioxide-based dry-cleaning technology; and Liquidia, which uses nanotechnology to deliver drugs via particles mimicking blood cells to the exact spot in the body where they are needed.

DeSimone is on a sabbatical to launch his latest venture, Carbon Inc., which already has a staff of 200 and employs technology he developed for a type of 3-D printer using light as a chisel to fabricate liquid into solid objects up to 100 times faster than traditional 3-D printers. This new 3-D manufacturing sector could launch business models based on inventory on demand. 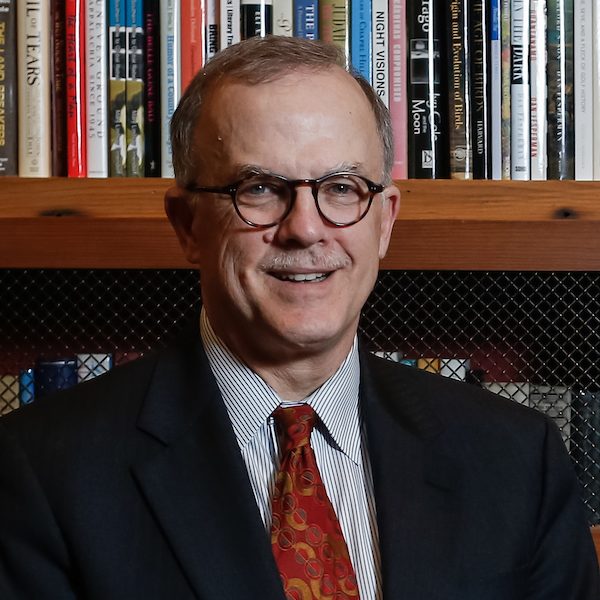 Smith first worked at what was then the Institute of Government as a law clerk for faculty and joined the faculty himself immediately after graduating from the UNC School of Law. In 1992, he was appointed director, a title that changed to dean in 2001 when the institute was elevated to a school.

Since 1931, the institution has been a nonpartisan source for training state and local officials to govern effectively and thus improve the quality of life for people in their communities. During his tenure, Smith has expanded the school’s traditional focus on public law to include management and leadership, finance and economic development, and he has formalized a master’s degree in public administration.

As a faculty member, Smith focused on civil liability of public officials and legal aspects of corrections. As dean, he has recruited a diverse faculty and instituted Faculty Lunches With the Dean to get small groups of them to share academic and administrative perspectives outside their particular areas of expertise.

Smith has expanded the school’s fundraising to increase its financial sustainability. “We’ve had to move away from state funding because it’s moving away from us,” he said, describing the situation in public higher education across the country. He secured a legislative appropriation that enabled expanding and renovating the school’s Knapp-Sanders Building in 2004.

In 2015, Smith received the Ned Brooks Award for Public Service from the Carolina Center for Public Service for engaging officials across the state to share the school’s resources, as well as mentoring, inspiring and providing opportunities for others to make a positive impact in the community and expanding public service beyond the University and the school.

Smith has served the University beyond the school, such as being a member or chair of search committees for academic leaders, including a provost and two law school deans.