David C. Keesler ’84 of Charlotte has assumed office as chair of the GAA Board...

Douglas S. Dibbert ’70, who as president has guided UNC’s General Alumni Association for more than 40 years and transformed it into one of the strongest, most respected alumni associations in the country, is retiring.

Dibbert announced his intent to retire, without specifying a date, at the George Watts Hill Alumni Center during a quarterly meeting of the GAA Board of Directors on Oct. 1.

Lowry Caudill ’79, chair-elect of the GAA Board of Directors and chair of Tennwood Holdings LLC in Durham, will head a search committee to identify Dibbert’s replacement.

“Forty years is a very long time, and like the colleagues I’ve referenced earlier, the GAA and Carolina have long been my family,” Dibbert said in remarks announcing his plans to retire. “Built upon a foundation of meticulously maintained alumni records, with perennially award-winning communications and award-winning programs, loyal and supportive GAA members, continuing strong financials, experienced and talented staff, fully engaged, respected and committed GAA Board members and collaborative campus colleagues, the GAA has never been stronger.” 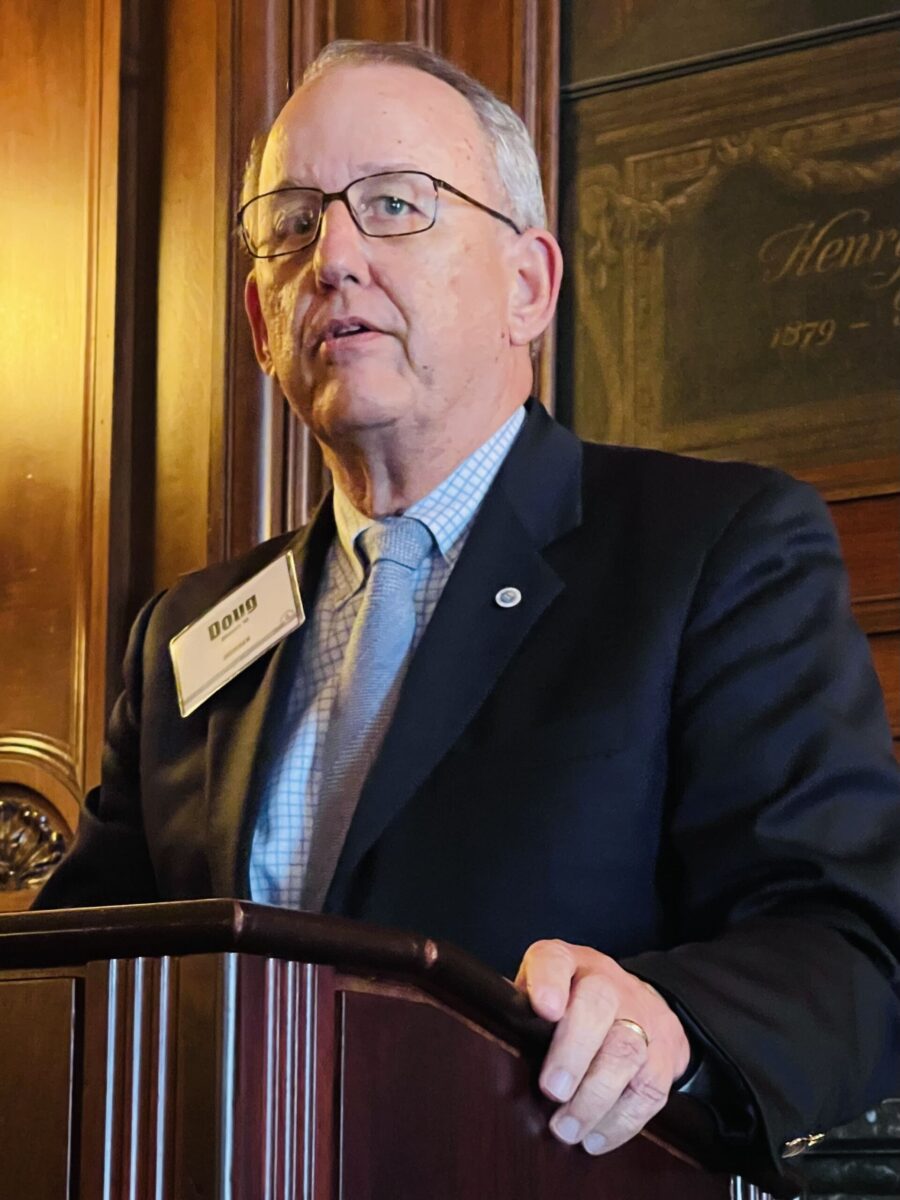 Dibbert noted that he had “avoided recounting all that has been accomplished over the past four decades,” indicating “there will be opportunities to do that.”

As of Oct.1, membership in UNC’s General Alumni Association totaled 63,364. When Dibbert assumed the GAA presidency in 1982, there were 28,730 members.

“It’s usually the case that an organization reflects the qualities of its leader, and that is certainly true for the GAA,” said Dwight M. “Davy” Davidson III ’77, treasurer of the GAA Board of Directors and past chair (2007-08). “The very heart of both the GAA and Doug Dibbert have always been service to the University of North Carolina, its alumni and the GAA’s 63,000 members. Since Doug took the helm of the GAA back in 1982, he has started and ended every day thinking about Carolina and how to best serve it. Today, the GAA is arguably the strongest alumni association in the country, and we all are grateful to Doug for leading it so capably.”

The GAA is self-governed, and members elect its Board of Directors. The association maintains detailed records on all Carolina alumni and sponsors class and affinity group reunions — including the Black Alumni Reunion, the University’s largest affinity reunion — and Homecoming. The GAA’s Carolina Clubs provide programs for all alumni throughout the country.

GAA members receive the award-winning Carolina Alumni Review magazine six times a year, as well as other perks, including reduced fees on events. They also have exclusive access to travel programs. Since its launch in 1983, the Tar Heel Network has helped preserve the value of Carolina diplomas through legislative advocacy.

One of the biggest successes during Dibbert’s tenure was the fundraising campaign for and subsequent construction and furnishing of the 63,000-square-foot alumni center, which opened in 1993. Located in the center of campus next to Kenan Memorial Stadium, the center contains dining rooms, meeting rooms, offices and a library. It is host to tailgate parties on game days and has been the site of weddings, reunions, conferences and special events.

While announcing his upcoming retirement, Dibbert recounted a funny story about a question that arose during his interview for the GAA position — his 11th job and the only one for which he submitted an application.

“Some of you have heard me share that the most unusual question I was asked by a member of the search committee was whether I would make a 35-year commitment to this job,” Dibbert told the Board of Directors. “I quickly said ‘No. I am not yet thinking about retiring into any job. … My wife didn’t even ask for 35 years.’ ”

Dibbert went on to say search committee members accepted his response but later reminded him that Spike Saunders ’25 served as GAA president for 43 years.

Dibbert concluded his remarks by noting “how grateful I am that our family has had the joy of making this journey together.” His wife, Debbie, retired from UNC in June after nearly 20 years in four different positions, her most recent as associate vice chancellor for principal and major gifts at UNC. Each of their sons Michael ’03 and Brian ’05 are Carolina alumni.