The oldest GAA-sponsored student group, Order of the Bell Tower, has won a national award for its overall leadership and activities fostering and promoting student involvement in campus traditions. 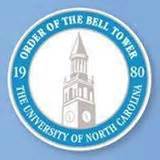 The group received a 2012 Outstanding Organization Award this month from the Council for Advancement and Support of Education’s Affiliated Student Advancement Programs (CASE ASAP) at its annual Network Convention in Indianapolis. Judges considered OBT’s history, leadership, programs and how it deals with challenges it faces to carrying out its mission.

OBT, chartered in 1980, serves as the University’s official student ambassadors — including acting as hosts in the chancellor’s box at football games and a wide range of other events — and its tradition keepers, such as overseeing legacy-pinning and class-ring ceremonies.

The GAA’s Student Membership Program won the same award in 2010. The SMP and OBT have consistently earned CASE ASAP recognition for individual programs as well as their overall body of work. This year’s award is the GAA’s 18th CASE ASAP award since 2002.

Headquartered in Washington, D.C., CASE is the professional organization for advancement professionals at all levels who work in alumni relations, communications, fundraising, marketing and other areas.The CASE ASAP annual awards recognize outstanding student and adviser leadership and achievements as well as outstanding student educational advancement programming by member organizations.

More than 665 students and advisers from 140 student advancement organizations participated in this year’s convention. Other recipients of 2012 Outstanding Organization awards were the Rensselaer Polytechnic Institute Red & White Student Organization and the University of California-Davis Student Alumni Association.