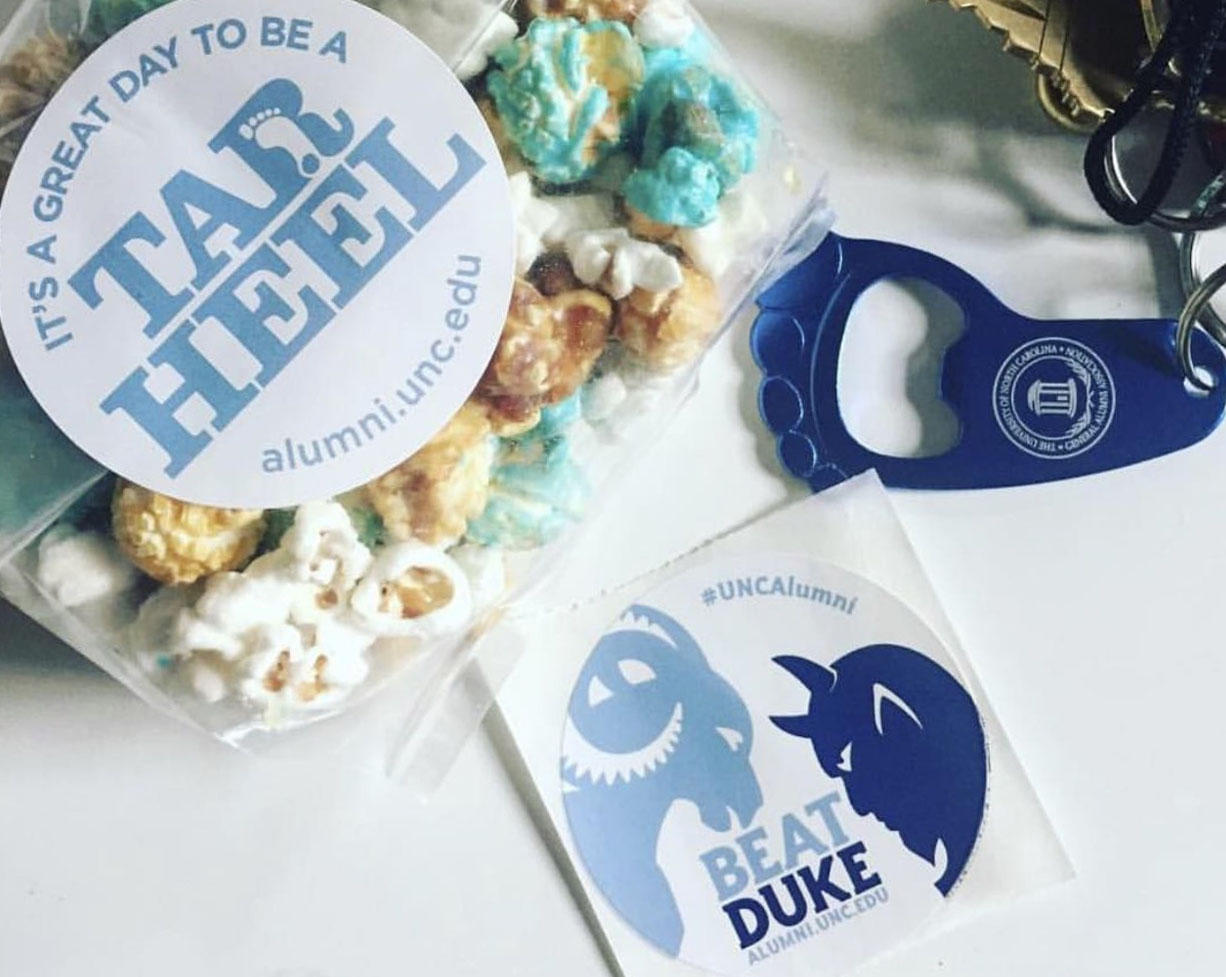 Two of the GAA’s awards in the CASE District III competition — including a Grand Award — involved recruiting members for the Student Alumni Association.

The UNC General Alumni Association has received three recent awards for its work from the Council for Advancement and Support of Education for the Southeastern district of the U.S.

Two of the GAA’s awards in the CASE District III competition — including a Grand Award — involved recruiting members for the Student Alumni Association and efforts to engage alumni.

The Grand Award recognized efforts to make new students aware of the SAA during summer orientation in 2017, appealing to specific class years, writing letters to incoming students and distributing GAA-branded gifts, such as Carolina blue ram’s-horns hats at a back-to-campus festival. The award was given in the category of recruitment publication series.

A drive-thru giveaway for Tar Heels fans and efforts to recruit student members earned an Award of Excellence in the category of alumni relations. At the circular drive in front of the George Watts Hill Alumni Center the day of the home Carolina-Duke men’s basketball game in 2017, alumni could pick up gifts — including Carolina blue and white popcorn and “Beat Duke” stickers — without exiting their cars. Also featured was a “prize wheel” that any card-carrying GAA member could spin to win even more. 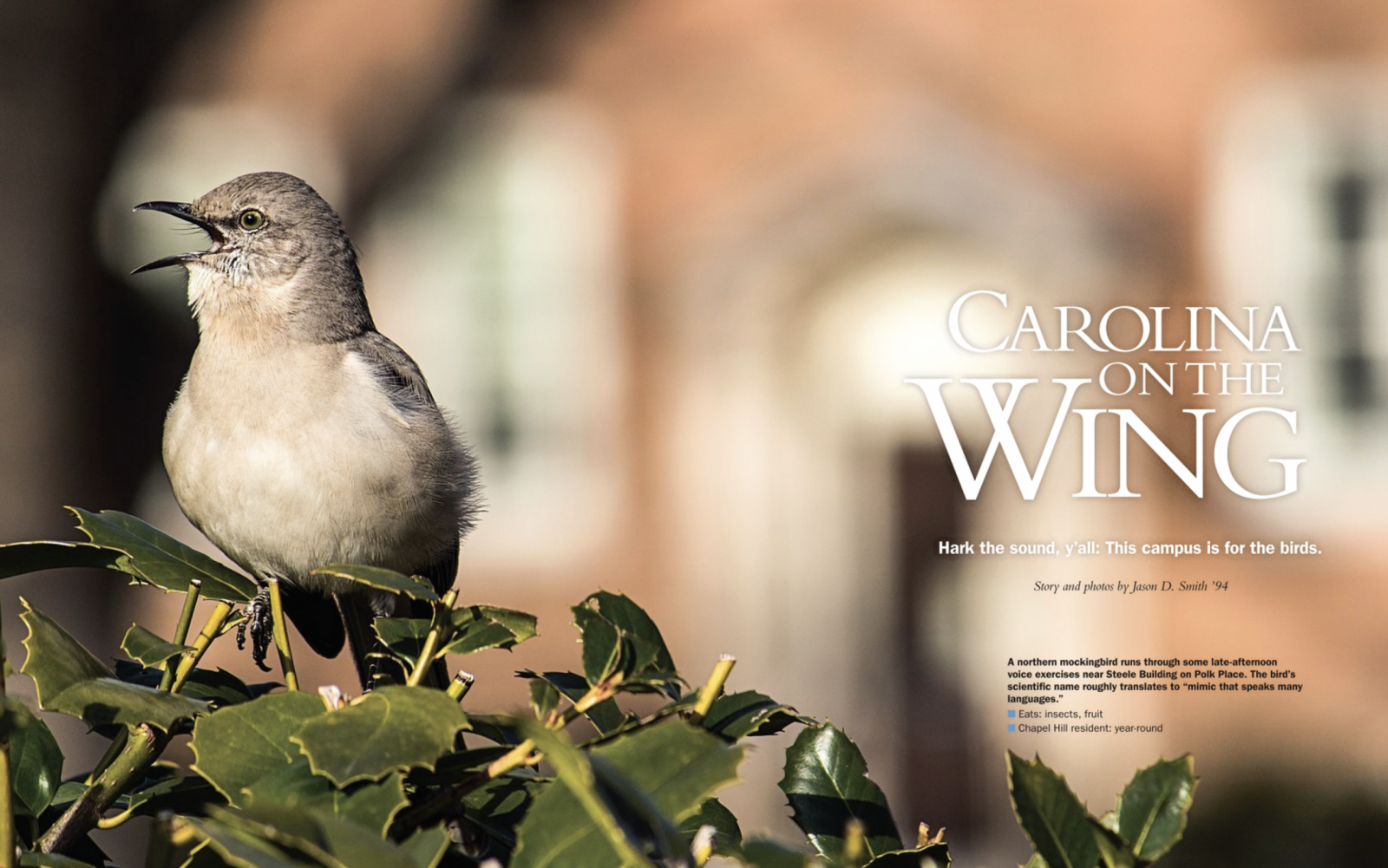 The November/December 2016 Carolina Alumni Review received an Award of Excellence in the photography category. (Photo by Jason Smith ’94)

The Carolina Alumni Review received an Award of Excellence in the category of photography in a series for its cover story, “Carolina on the Wing,” in November/December 2016, featuring photos of birds on campus and accompanied by an array of information on everything from the American goldfinch to the yellow-rumped warbler.

The University won an Award of Excellence in the category of annual fund publications in the CASE III judging for its project “Your Gift Accelerates Our Journey.”

These latest CASE awards were presented at the CASE District III conference in February in Atlanta. The GAA has been recognized with national or district CASE awards for 22 years in a row, earning 114 such awards in all — 57 for Alumni Programs, which includes 26 awards from CASE’s Affiliated Student Advancement Programs, and 57 for Alumni Communications.

Headquartered in Washington, D.C., CASE is a worldwide professional organization for advancement professionals at all levels who work in alumni relations, communications, fundraising, marketing and other areas.