Karen M. Gil plans to step down as dean of the College of Arts and Sciences at the end of the academic year to return to teaching in the psychology department. 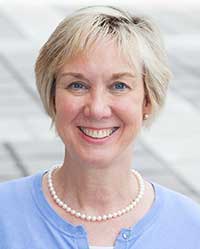 “There is never a ‘best’ time to leave a job that you love,” Gil wrote in an email to college faculty and staff on Nov. 19. “I have been inspired by the many innovations that are revolutionizing the way we teach and help students learn, and I am excited to get back into the classroom to apply these myself.”

Gil’s departure continues a remarkable period of turnover in the University’s top administrative positions. Chancellor Carol L. Folt, who has been at UNC for a year and a half, participated in the choice of a new provost and hired the new heads of development, finance and human resources. Leslie Strohm, UNC’s general counsel, resigned last week to take a similar job at the University of Louisville.

Gil became dean of the College of Arts and Sciences in July 2009. In announcing her decision to step down, she said she believed it was time for new leadership in the college — UNC’s largest academic unit, with more than 16,000 undergraduates and nearly 2,600 graduate students. It encompasses more than 70 academic departments, curricula, programs and centers and includes nearly 1,000 faculty.

Gil joined UNC’s psychology faculty in 1995. She is the Lee G. Pedersen Distinguished Professor of psychology and chaired the department from 2004 to 2007.

In a message to the college community, Folt said, “Passionately championing the special role that undergraduate education and research plays in the vitality of the University, she strengthened connections with our other schools and units, while also fostering national and international partnerships.”

Folt said that she and Provost James W. Dean would announce plans soon for a search process to find Gil’s successor.

Gil has authored numerous publications on health psychology, acute and chronic pain, stress and coping, and childhood medical illness. She is a fellow of the American Psychological Association and the Society of Behavioral Medicine. She received her bachelor’s degree in psychology with highest honors from the State University of New York at Stony Brook in 1978 and her doctorate in clinical psychology from West Virginia University in 1985. Before coming to Carolina, she was a faculty member at Duke University (1985-95).

Gil’s selection followed a national search that included the deliberations of an advisory search committee. As dean, she followed: