Lewis Black ’70 has donated his plays, television pilot scripts and materials from his comedy...

A World of Good

Two Carolina alumnae turned their passion for photography into a nonprofit to raise money for global conservation...

Saving the Planet, One Print at a Time

Ami Vitale ’94, a photographer and filmmaker, and Eileen Mignoni ’09 (MA), a visual journalist,... 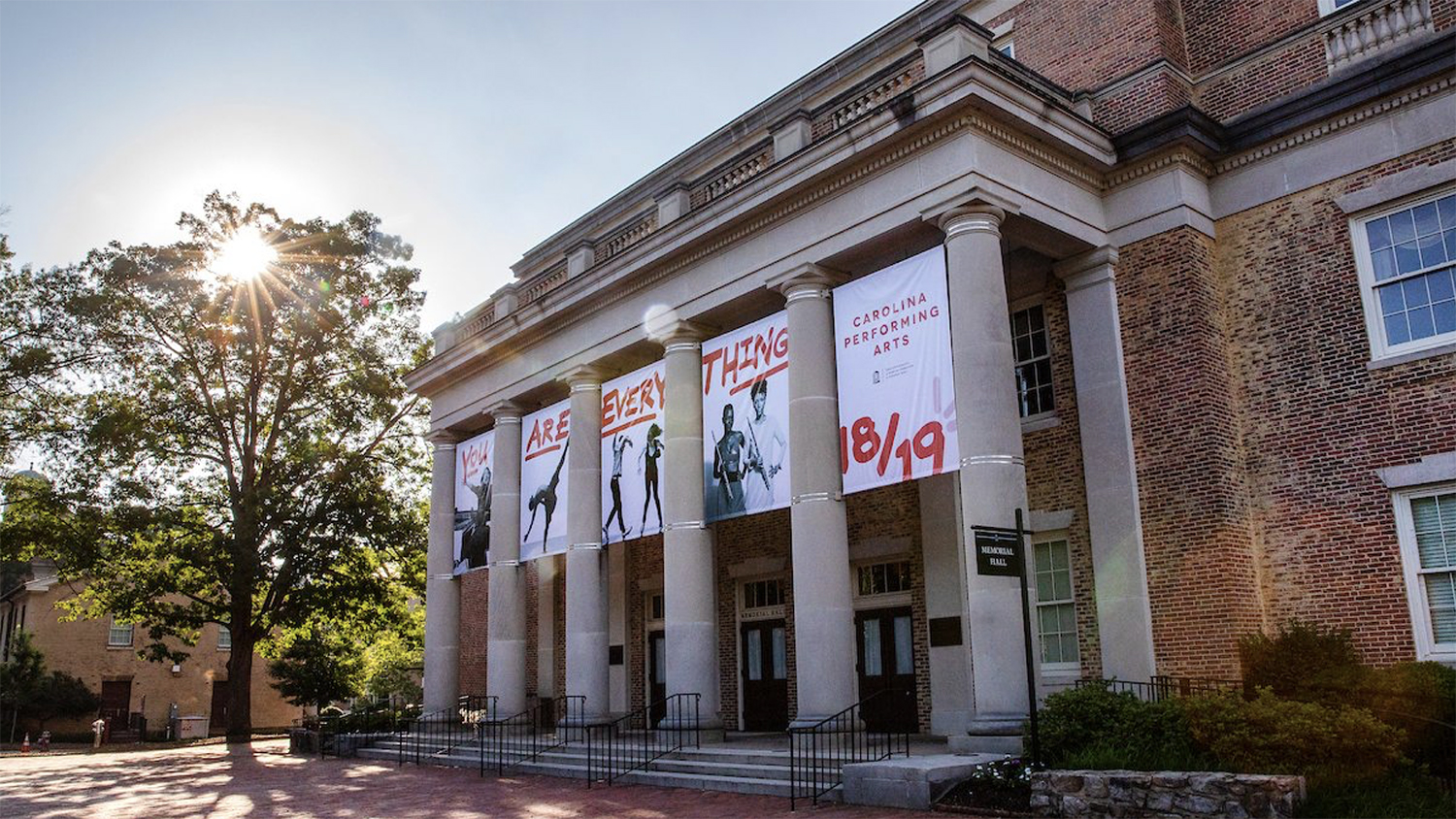 Since 2011, the Mellon Foundation has invested $4.69 million in Carolina Performing Arts, one of the campuswide partners in the University’s Arts Everywhere initiative. (Johnny Andrews ’97/UNC)

A new $1.5 million grant from The Andrew W. Mellon Foundation has been awarded to Carolina Performing Arts, which plans to use the money toward a Creative Futures initiative featuring a series of multi-year artistic projects that engage artists, communities, faculty and students in co-creative partnerships.

The grant is the largest that Mellon has invested in Carolina Performing Arts to date.

“The ideas outlined in this grant are the distillation of a philosophical shift at our organization, affirming the idea that joining the arts, scholarship and community can be a driver of powerful change,” said Emil Kang, Carolina Performing Arts executive and artistic director. “We are grateful to the Mellon Foundation for this partnership in helping us continue to imagine new goals and realize them.”

Four artists, versed in artistic collaboration and social practice, will be selected as Creative Futures team organizers. Artists will work with faculty engaged in community-based research and with local partners to identify relevant issues, and undergraduate students will be able to earn service-learning course credit during their involvement with Creative Futures. The co-creative teams expect to explore diverse themes drawn from the communities, such as gentrification, free speech, women’s empowerment and community health.

“While the projects that grow out of these collaborations might not all be performance-based, they will all be participatory, collaborative and community-based,” said Kang.

The grant also includes funding for graduate assistants, a project director and undergraduate experiences stemming from the initiative. The CURRENT ArtSpace + Studio, which opened in February, will serve as the artistic and community home for Creative Futures.

Dianne Harris, senior program officer with the Mellon Foundation, said: “With this experiment in co-creation, Carolina Performing Arts will empower communities through opportunities for collective self-expression, enrich faculty research and teaching, deepen undergraduate investment in local communities, create bridges between the campus and its surrounding community, and test a new working prototype for creative and performing artists.”

Information about participating artists and the call for community involvement in Creative Futures is expected to be announced next spring.