The number of cancer patients is predicted to double over the next 25 years. This is simple demographics — the baby boomers are aging. Simultaneously, remarkable breakthroughs in our understanding of these diseases and the difficult quest to conquer them are happening now with some regularity. 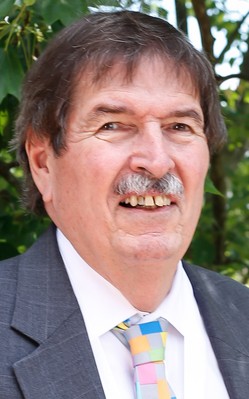 And yet, everyone has a personal story of how far we have to go.

This is the backdrop for two extraordinary recent milestones at this University: the creation of the state’s first University Cancer Research Fund, which has begun to bring $50 million each year to UNC Hospitals and the Lineberger Comprehensive Cancer Center; and the opening of the North Carolina Cancer Hospital last fall.

The story of the rise and growth of cancer research and treatment at Carolina and the story of Shelley Earp’s 32 years of dedication to her scientific community are best read as a two-volume set. It would be more than enough if the story stopped there — but Shelley has shared his vision and his elbow grease far north of South Road in service to a University whose great strength is its ability to build broad coalitions among different academic disciplines.

Shelley was named director of Lineberger in 1997. He had been president of the student body in his undergraduate days at Johns Hopkins, and he came to Chapel Hill to become a doctor.

He always was fascinated with the molecules that make cells grow — especially the impact of hormones — and that interest evolved into his role as principal investigator of UNC’s Specialized Programs of Research Excellence in breast cancer, and Lineberger’s National Cancer Institutes core grants. As his work at UNC has broadened he has remained at the forefront of research in his field — the only Lineberger director who has maintained an active lab while director. He still sees patients one day each week.

But prestigious cancer research centers do no operate in vacuums. Lineberger’s reputation has grown as it has built partnerships outside the medical school, and the consensus among Shelley’s peers is that he drove those collaborations.

He did so in part through a gift for putting the vitality of his science into human terms. This enabled him to effectively articulate to the state’s citizens, and to its legislators, the importance of research to the fight against cancer and the need for resources such as the research fund and the new clinical hospital to move that mission forward.

As Shelley branched out, the whole campus got a taste of his leadership. He has served on the Faculty Council, as faculty representative to the GAA Board of Directors, and on the steering committee for the self-study of the University’s research mission. He lent his own branch of sensitivity and practicality as chair of the Chancellor’s Advisory Committee on Naming of Facilities.

He served on search committees for a chancellor and a provost and chaired the search for the medical school dean, and chairs the committee for the current provost search.

Medical school Dean Bill Roper said, “I’m not sure any faculty member on the Chapel Hill campus has done more to serve the University than he has.”

In 2005 he began a term as president of the American Association of Cancer Institutes — the nation’s 85 leading academic and freestanding cancer centers.

When Bob Blouin became dean of the pharmacy school in 2003, he experienced that familiar epiphany with what we call “the Carolina spirit.” Bob’s endorsement for the University’s Thomas Jefferson Award Shelley earned two years ago is worth repeating: “To someone new to UNC, this ill-defined way of life remained somewhat abstract to me — that is until I met Dr. Earp. I quickly grasped the essence of this spirit from him and it has served me well ever since — bring bright, well intended people together in a collaborative culture predicated on mutual trust and respect, give them the infrastructure and tools to succeed, encourage them to do important work that will impact the lives of people, and value their individual and collective contribution. And don’t worry about who gets the credit.”

It’s no secret that scientists of Shelley’s caliber have many opportunities on new horizons. But he and Jo Anne, who is a professor and chair of the Department of Health Behavior and Health Education in the Gillings Global School of Public Health, chose to make their mark here.

“We never had any reason to leave,” Shelley says.

He seemed to hint at the “why” in a message he wrote to one of Lineberger’s allied professional schools when he referred to “patients and families around the world whom we never meet, but whose lives are improved in some way because of the work we do.”

The University Cancer Research Fund, the new hospital, the commitment to leadership beyond the borders of one’s own discipline — and the good-humored shepherd behind all of these — epitomize the enduring truth that Carolina is, in proclamation and in practice, the University of the People.