As thousands of Carolina and Duke fans marched toward the Superdome on April 2, the soundtrack played by New Orleans street musicians on horns and drumming buckets seemed scored for a human sacrifice. Or at least my frayed nerves made it feel so. One fanbase would be walking the plank at the end of the night. Dread had been chained to joy all week, ever since this doomsday scenario was clinched along with a spot in the Final Four.

The nightmare was real. UNC and Duke would meet in the NCAA tournament for the first time in nearly 250 meetings, and Carolina would have a chance to end Duke coach Mike Krzyzewski’s career in catastrophic fashion and play for a national championship to begin the era of UNC coach Hubert Davis ’92.

Two sayings ricocheted in my brain: To Hate Like This Is to Be Happy Forever, the title of a best-selling book by Will Blythe ’79 on the Carolina-Duke rivalry; and, “Go where you go and do what you do,” the longtime incantation from Woody Durham ’63 during his radio broadcasts when the going got stressful.

Like fans who’d wear the same unlaundered lucky shirt throughout the tournament, Blythe told me in a text that he knew exactly what he’d do: He planned to watch the game on the same sofa cushion in the exact same posture as he’d done when he beheld the spoiling of Coach K’s Cameron Indoor Stadium finale the previous month. 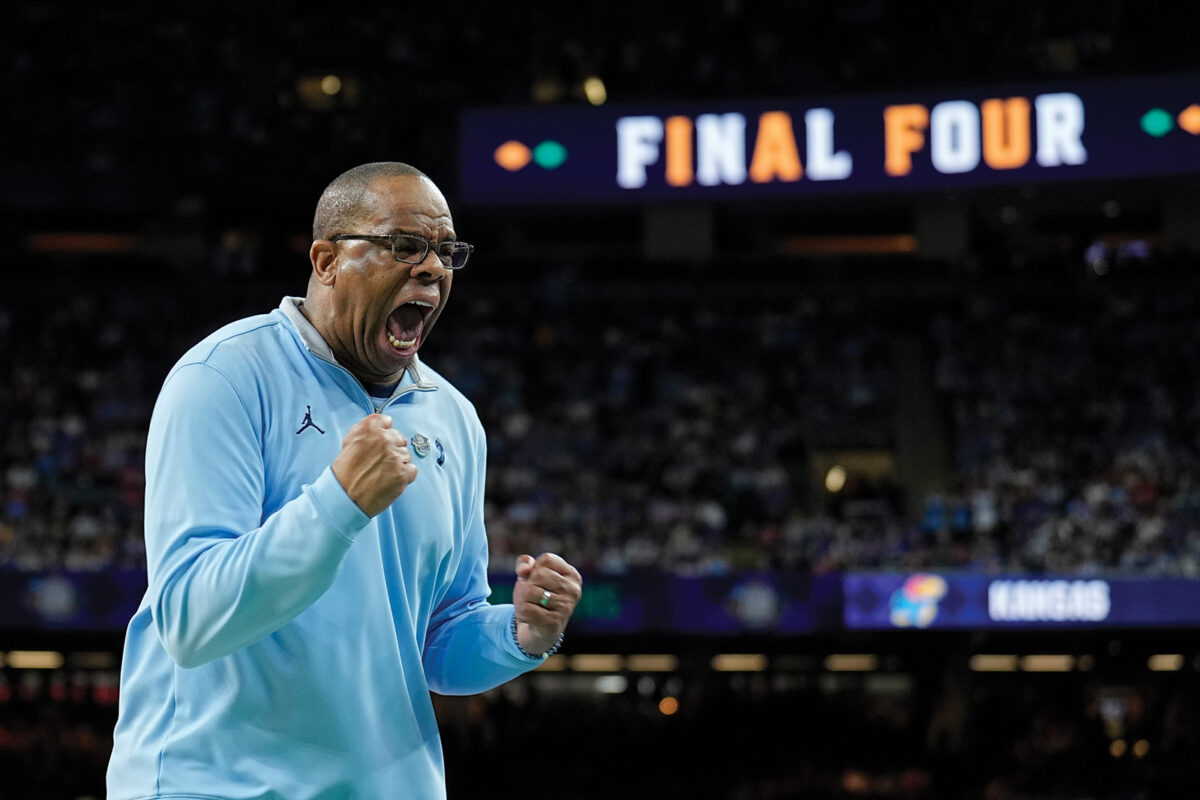 Gov. Roy Cooper ’79 (JD ’82), for his part, exercised his powers to declare North Carolina “The Center of the College Basketball Universe” and then went to New Orleans with thousands of Carolina fans to find out whether, rather than winning, we’d get swallowed by a black hole. The easy consensus among UNC fans seemed to be that beating Duke in the semifinal was more important than the final would be two days later — if the stars aligned to play one more game. If our hate collided with a loss on this stage, we feared the bang might be so big we’d be miserable forever.

Some Carolina fans’ anxiety caused them to abstain from going to New Orleans or even watching on television. It’s difficult to blame them; the game had 30 ties and lead changes. But nirvana was achieved by 8-seed Carolina. Blythe distracted himself during the week by “thinking of more easeful issues such as climate change, foreign affairs and the horrors of American partisanship,” he told me. When the win was secured, he jumped so high from his couch he felt like he “was rising for a dunk in the living room.”

The next two days in New Orleans, the music once again sounded fit for a party. Carolina fans grinned nonstop as they strolled to the Mississippi River for good-luck spits and bounced from bar to restaurant to bar reliving old times and making new ones.

In the Carousel Bar & Lounge in the French Quarter, David Lambeth ’10 (JD ’14) wore a belt on which was sewn each UNC national championship year. During the Duke game, he ceased high-fiving a stranger in the Superdome when Duke made a run. The stranger understood, Lambeth said. “There’s no way to be any more emotionally invested in a game than I and every fan was last night,” he said.

With doomsday dodged, Carolina fans swarmed into town to join the moveable feast that Final Four weekends always are. Many who’d planned to exit after the Duke game were glued to their screens in search of later flights home. Mark Klug ’04 was at the New Orleans airport the Sunday morning after the Duke game when a friend who also planned to leave texted him: “It’s a beautiful day. I’m staying.” Klug grabbed a taxi back to the French Quarter.

In the expansive lobby of the UNC team hotel, Roy Williams ’72 was circulating, à la a retired Dean Smith during the 2005 Final Four in St. Louis. Final Four T-shirts were selling out as quickly as new boxes arrived.

Two women named Susan, by coincidence there with their husbands named Larry, sat at a table in the lobby. None had met before, but now they were friends. Susan and Larry McLellan ’75 had come from Texas for their fifth UNC Final Four. When I asked the other Susan, Susan Tysinger — her husband, Larry, has had Carolina football season tickets since 1968, and their two children are alumni — how she felt about beating Duke, she looked into my eyes. “Even better than that last game at Cameron, if it could be any better,” she said. “We have abruptly ended the retirement tour.”

Also at the table was Johnny Tillett, who had just met the McLellans and Tysingers. He attended Smith’s UNC basketball camps while growing up and went on to play college ball at Wingate University outside Charlotte. He’d attended five previous Carolina Final Fours, including his first in New Orleans in 1993. He said he’d been in a “funk” since his mother died in October. “I had kind of checked out,” Tillett said. Then a friend called and said, “J.T., let’s go to the tournament,” and here he was again, bumping into friends.

There was one more game to go, though, and down the stretch one’s mind couldn’t help but wander to past mystical Superdome finishes — a freshman’s jumper, followed by an interception by James Worthy ’85 in 1982; Chris Webber’s ill-timed timeout in 1993. But when the final horn blew, we had a specter of a loose floorboard and Armando Bacot’s twisted ankle to add to the legends instead. Coach Davis spoke for us all: “I can’t remember a time in my life when I was supposed to be disappointed but was filled with so much pride.”

Back on Bourbon Street, a woman in light blue suddenly appeared and put her hand on my shoulder. “How about our [expletive] season!” she practically sang. She shook my hand and said, “I’m gonna celebrate!” Then she danced up Bourbon, fueled by love, happy forever.

Mike Ogle ’02, who has written for The New York Times, ESPN The Magazine, and SI.com, traveled to New Orleans this year for his third Final Four. The last Final Four he attended was in St. Louis in 2005, when Carolina won it all — and where he drank beer with a monkey.