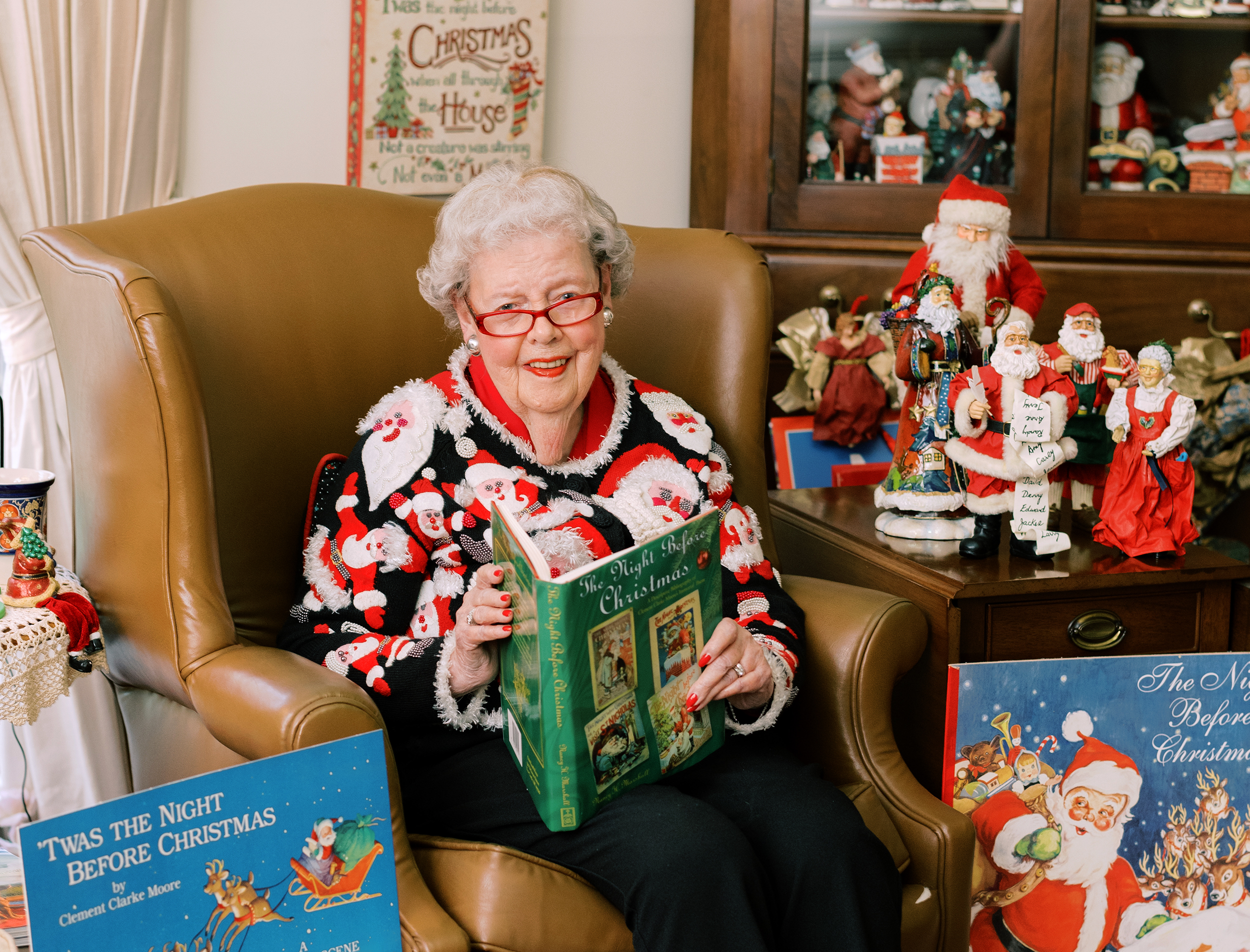 The book The Night Before Christmas instilled a lifetime love of reading in Elinor Hawkins ’50. (Faith Teasley for Our State Magazine)

When she was a little girl and ’twas the night before Christmas, Elinor Dixon Hawkins ’50 would nearly burst with excitement. A dedicated believer in the jolly ol’ elf, she counted the minutes until it was time for her and her younger sister, Liz ’56, to go to bed.

“It was my favorite night of the year,” recalled Hawkins, who at age 93 still feels that excitement. “Mother would always tuck us in and read The Night Before Christmas to us. She started when we were children and kept on reading, long after we had children and then our children were grown.”

The tradition continued until her mother became ill at age 94, with the responsibility shifting to Hawkins. It was by then a most familiar task; she had read it to countless North Carolina kids as a librarian and host of Telestory Time, a children’s TV show she started shortly after graduation. (Guinness World Records is in the process of determining whether the program, which began on WFMY in Greensboro and moved with her in the early 1960s to WCTI in New Bern, is the longest-running children’s television show with the same host.)

The book instilled not only a love of reading for Hawkins but also a desire since sixth grade to study library science at UNC. When she arrived in 1949, her instructors included Dean Susan Grey Akers and Louis Round Wilson (class of 1899), namesake of the library that houses UNC’s special collections. Eventually, it will include Hawkins’ more than 1,000 editions of The Night Before Christmas, believed to be the largest collection in the world. They fill two breakfronts in her Cove City home, carefully catalogued in boxes and crates. The oldest dates to 1851; the latest were purchased in September, typically when new editions are published. 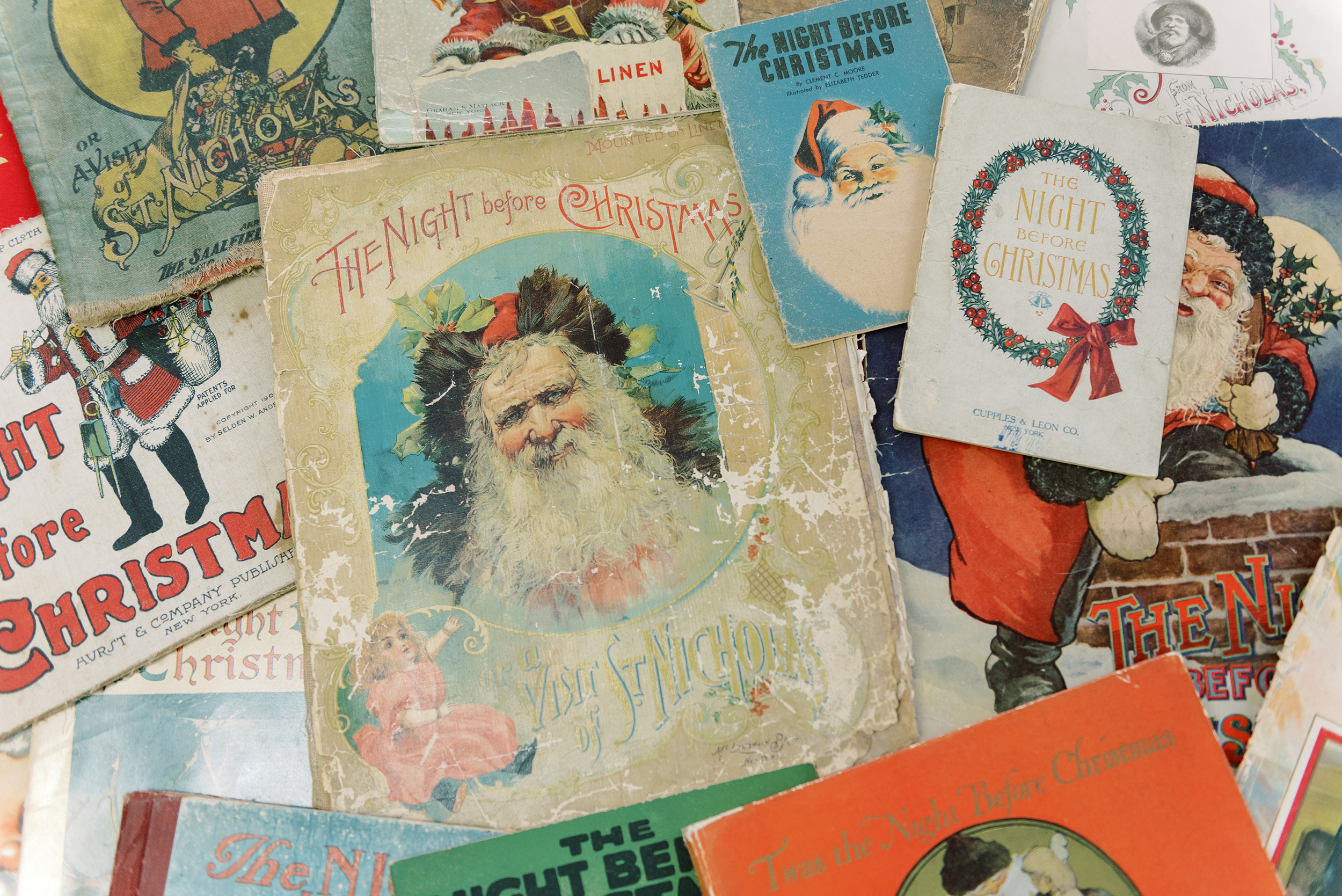 Hawkins has bequeathed her collection of more than 1,000 editions of The Night Before Christmas to the UNC Rare Book Collection. (Fath Teasley for Our State Magazine)

She has bequeathed all of them to the UNC Rare Book Collection upon her death. “I don’t want to give them up any sooner than I have to.”

First published anonymously in 1823 and later credited to the biblical scholar Clement Clark Moore, the book is adored around the globe. Hawkins collects copies of the book in dozens of languages, including Braille, and from diverse cultural traditions.

Among her favorites is a miniature, no bigger than your thumbnail, that was commissioned as a gift from her sister and brother-in-law, the late state legislator and UNC lobbyist R.D. McMillan Jr. ’34. Several in her collection were gifts from the late UNC Professor Emeritus William S. Powell ’40 and his wife, Virginia ’52, who annually sent Hawkins copies they found while traveling.

Hawkins said she also loved hunting for the books while traveling with her late husband, Carroll Hawkins ’51. “Now I bid for them online. I’ve gotten pretty good at it, but there aren’t many out there I don’t already have.”

Hawkins credits her collecting to one of her library science professors, Lucile Kelling Henderson ’33 (MA), who charged students on the first day of class to identify a book that they could dedicate themselves to researching and collecting their entire life.

Immediately settling on The Night Before Christmas, Hawkins bought her first copy that day at the Intimate Bookshop on Franklin Street. That edition, illustrated by Leonard Weisgard, remains a favorite. She also cherishes the 1933 version that her mother read to her; she read it to her son, John Carroll Hawkins ’83, and now reads it to her grandchildren.

When he was a freshman, John Hawkins was pressed into service to obtain a British first edition illustrated by Arthur Rackham from a rare book auction in Chapel Hill. “Carroll told him, ‘No matter what happens, get that book for your mama,’ ” she recalled. Bidding became intense, but he got it. When his competitor learned why John was so persistent, he apologized. “He told John he would have stopped if he knew why he was so determined,” Hawkins said. “It’s one of the gems in my collection.”

Her scholarly commitment has led several people to share prized editions over the years. Once, while her husband was playing golf at Asheville’s Grove Park Inn, Hawkins visited a nearby bookstore. The owner brusquely stated she had no copies, but Hawkins stuck around and helped customers pick out books. Inspired by her generosity, the owner ushered her into a back room, past a growling dog, where she revealed several vintage editions. 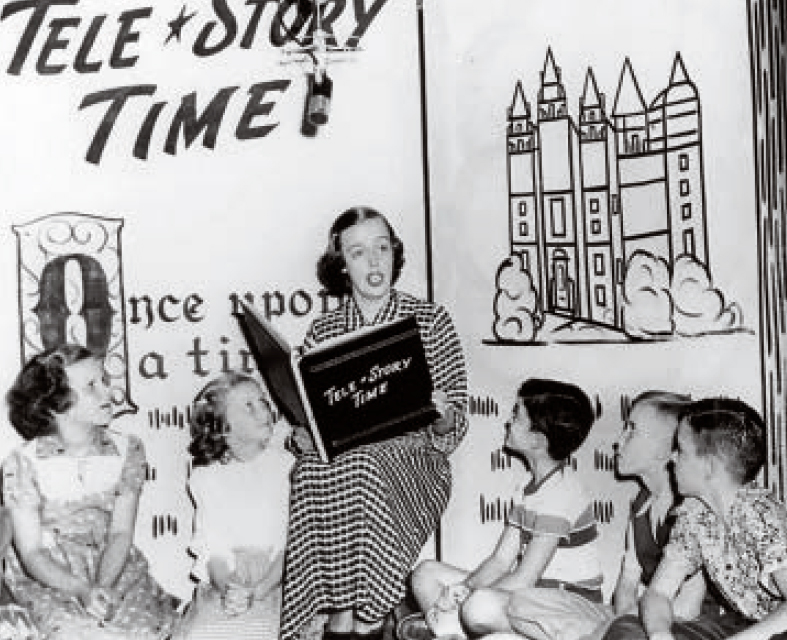 Guinness World Records is working to determine whether Telestory Time, the TV show Hawkins started soon after graduation, is the longest-running children’s show with the same host. (Contributed photo)

“She picked one up and read it to me, very slowly, then she told me it had been hers as a child and wanted me to have it,” Hawkins said. “Isn’t that beautiful? I had already made arrangements with Carolina, so I could promise her it would be preserved.”

The Christmas spirit all year

Sometimes, when she came up empty on her search for another edition, she settled for other Christmas-themed keepsakes. “That’s why I have so many Santa Claus figurines,” she said, explaining the dozens whose eyes peer through the rails of her staircase, and innumerable other chubby guardians tucked around the house. “I guess you could say that collection started as a consolation prize.”

While Hawkins derives pleasure from these trinkets, she and her husband observed Christmas with solemnity. They faithfully attended a candlelit service at Freewill Baptist Church in Cove City, built by his forefathers, and they appeared as Mary and Joseph for years in its live Nativity. She also displays a Nativity set the couple received from her parents on their first Christmas after marrying, a match to one she grew up with. It sits on a high shelf designed specially for it in her home’s library addition, built by her husband to celebrate her retirement in 1992 after 42 years of library service.

Hawkins is planning for a quiet Christmas this year. With pandemic concerns, she will not spend the preceding weeks reading her favorite book at community events. But you can count on her to recite it yet again for her family, and she’d like you to read it to yours.

“I tell people all the time what a beautiful thing it is to have it read to you before you go to bed,” she said. “It’s such a magical story, and it can take you on a wonderful journey.”