Gratitude prompted Mike O’Key to share an experience other people might hide. As a kid — 11 years old, going into seventh grade — he was incarcerated, spending a lot of time isolated in a...

When COVID-19 flared up in China and began spreading as a pandemic, Joanna Hutchins ’94 found herself on the frontier of figuring out how to navigate the world’s new abnormal. She was on a business... 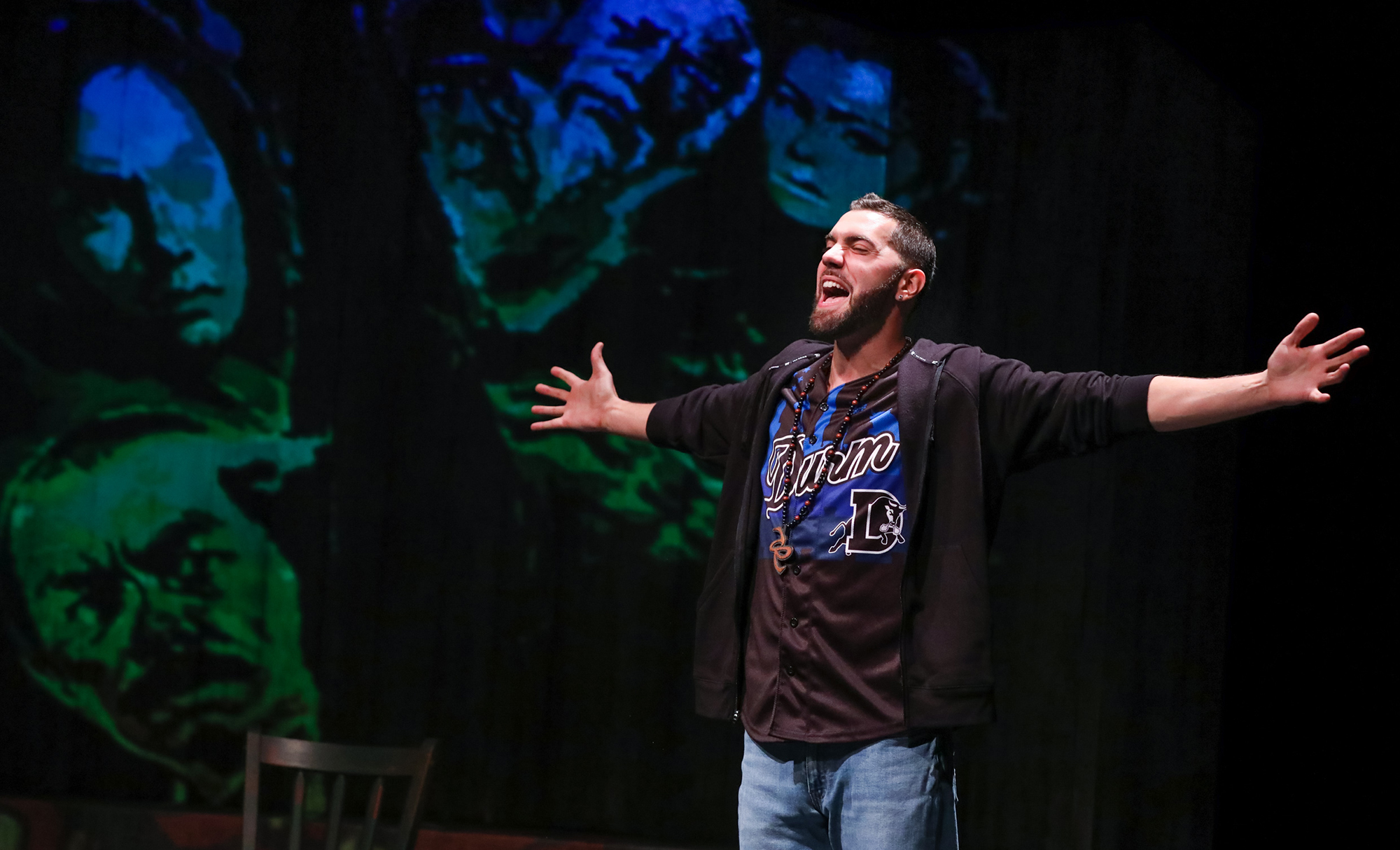 Kane Smego ’10 has traveled the world for the U.S. State Department to share hip-hop with other musical cultures, much like Louis Armstrong and Dizzy Gillespie promoted jazz after World War II. (Huth photo)

As a cultural ambassador for the U.S. State Department, hip-hop artist Kane Smego ’10 crosses borders, both geographical and musical.

Smego has traveled to Zimbabwe, Thailand, Brazil, Cambodia, Vietnam and Morocco as part of Next Level, a State Department-sponsored cultural exchange program that teaches the panoply of hip-hop — rapping, DJing, beat making, break dancing, graffiti, beat box, vocal percussion. It’s part of a tradition that began after World War II, when the U.S. sent Louis Armstrong and Dizzy Gillespie around the world to share jazz.

Smego’s hands move as if he’s scratching see-through records on invisible turntables in the air as he tells of Gambian musicians in temples playing kora lutes as he chants his poetry over the top of beatboxers in Morocco and dancers in Brazil.

Hip-hop began in New York, but it draws from West African immigrants and traveling Creole storytellers, who chanted poetic verses to the accompaniment of drums, and from the ska tradition of reggae dance halls in the Caribbean.

“It definitely originated in America, but it’s more of a renewed art form instead of a new one,” Smego said. “It’s different everywhere you go. The same foundation but mixed with different cadences and patterns because of different languages, different instruments, differing singing and dance and performing traditions that influence the way it’s done in Zimbabwe or Thailand or Cambodia.” 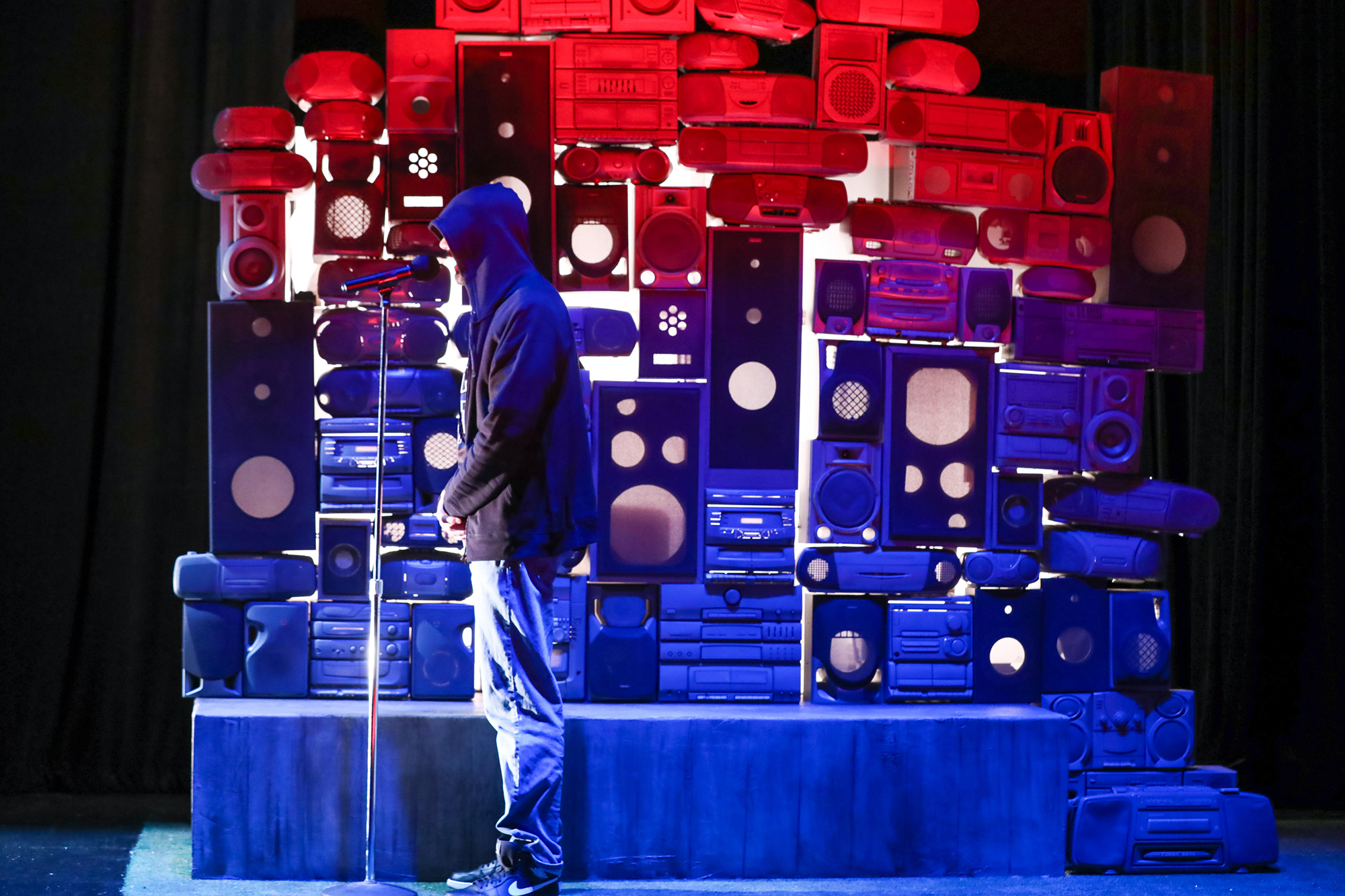 For Temples of Lung and Air, Smego was pushed by director Joseph Megel not just to tell stories but to relive them. (Huth photo)

Smego has performed in an ancient Moroccan palace, his beats accompanied by traditional African music, paying homage to local traditions. As jazz found its creative energy in improvisation, hip-hop has employed sampling and revitalizing what came before, taking a riff of this and a snippet of that and adding fresh rhythms and lyrics, building new art on top of the old.

“In the ’80s and ’90s people would say, ‘It’s got no aesthetic, it’s a bunch of people talking over drums,’ ” Smego said. “Now the government is funding programs to use hip-hop to forge connections in the world. That’s the nature of art, always evolving.”

Smego has been evolving as a performer. In addition to hip-hop, he’s a co-founder of Sacrificial Poets, a Triangle spoken-word poetry group. He drew on his hip-hop stage presence and spoken-word craft in 2018 as he collaborated with UNC’s PlayMakers Repertory Company on a debut solo show, Temples of Lung and Air.

The performance drew from his life story and touched on a range of subjects about his art, such as the skepticism and occasional hostility he faced as a white performer in a genre cultivated and performed predominantly by African-American artists (“You’re not black, Kane. … Stop acting black …”); and family drama (“My mother was a conjurer who made something out of nothing. She’d run a hand over a broken family, get a splinter on her hand, spit on it and grow a sycamore. … Dad could make a divorce into a crucifixion.”).

Another on-stage story of a cultural and family miscue exhibits the collaboration between Smego and PlayMakers’ off-stage talent. 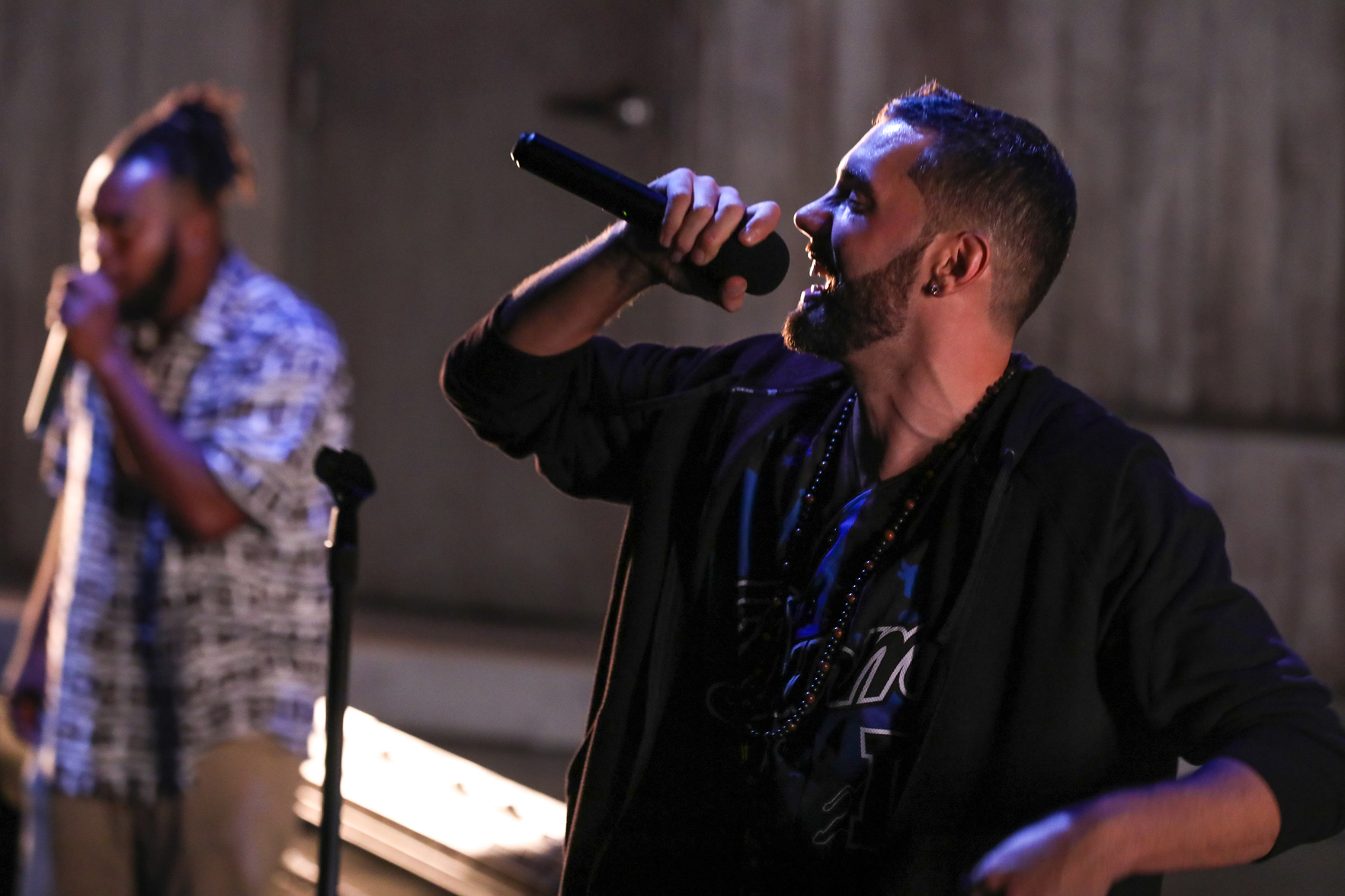 His mother threw a party when he was a child, and as he spoke about it on stage, a piñata descended from the ceiling to the festive buildup of a slide whistle. Smego rushed to it, drawn to the memory of friends and the promise of the piñata. A boy from down the street, eager for candy, took the swing that shattered the vessel and should have scattered a shower of Butterfingers. Instead, Smego said, “There’s a fountain of silence.” His mama hadn’t known she had to fill the piñata.

It touched Smego to see his childhood memory re-created on stage, made possible and made a better story after intense rehearsals and feedback from the PlayMakers production team. “This was the first time I worked with people who were sitting in a group collaborating, trying to pull what was in my head out and make it real,” Smego said. “To see those things on stage was absolutely humbling.”

The appreciation passed both ways. Director Joseph Megel had pushed Smego to start over, dig deeper, feel more acutely, to use his charisma and fierce energy not just to tell the story but truly to inhabit it, to relive it again and again.

“We would give these suggestions to Kane, and he would come back in a couple of days with a piece that hit it on the head,” Megel said. “It’s a rare artist who can take your suggestion and make it into something better than you even imagined it.”

An artist, like his art, who is always evolving.