Hulu Founder to Speak at Commencement

Media and entertainment innovator Jason Kilar ’93 will deliver the 2015 Commencement address on May 10. Kilar is the co-founder and CEO of Vessel and was previously the founding CEO of Hulu. 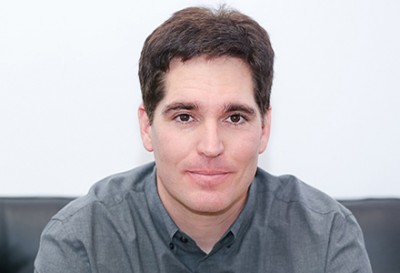 “Jason’s innovations have had a significant impact on the way people experience media and entertainment, and his continued accomplishments are an inspiration to all at Carolina who strive to use their talents to do better and do more,” said Chancellor Carol L. Folt. “Jason’s path is particularly relevant to this year’s graduates, whose generation is among the most entrepreneurial in history.”

Kilar’s career started with an internship at The Walt Disney Co., which led to a job in the strategy and marketing groups of Disney Design and Development after college. Kilar continued his education at Harvard Business School, where he received an MBA. In 1997, his final year at Harvard, he was recruited to join Amazon.com.

When Kilar joined Amazon — starting the Monday after his last day of final exams — it was a relatively small, private company. During his tenure, Kilar was instrumental in introducing a new way of business that focused on the user experience and helped Amazon transform from largely a book retailer to a virtual warehouse, enabling consumers to purchase almost anything from seemingly any retailer. His accomplishments included running the company’s North America media products businesses, which included its books, music and video categories, and writing the original business plan for Amazon’s entry into the video business.

In 2007, Kilar signed on as the founding CEO of the groundbreaking online video service Hulu. Under his leadership, Hulu quickly grew to become one of the world’s most popular destinations for streaming television and movies. Today, Hulu generates more than $1 billion in annual revenue, with 6 million paying subscribers and millions of visitors who stream its free content each month.

Kilar left Hulu in 2013. He recently unveiled his latest venture, Vessel, a mobile video service that could change the way consumers discover and consume video. Vessel caters to the creators of short-form video by providing a place where their most passionate fans can go to watch their favorites first. In addition to his work with Vessel, Kilar serves on the board of directors at DreamWorks Animation.

Kilar majored in business administration and journalism and mass communication at Carolina. In October 2010, he received the GAA’s Distinguished Young Alumni Award. He also was profiled in the July/August 2010 issue of the Carolina Alumni Review in a feature titled “Channel Changer.” It is available to GAA members in the magazine’s digital archive at alumni.unc.edu/CARarchive.

Folt chose Kilar in consultation with faculty and staff on the University’s Commencement Speaker Selection Committee.