Joe DeSimone has had many firsts in his career as an entrepreneurial polymer chemist. One of the more unusual, recalled his former department chair, came within a couple of years of joining UNC’s chemistry faculty as an associate professor in 1990. He was given some startup funds by the department for his research. 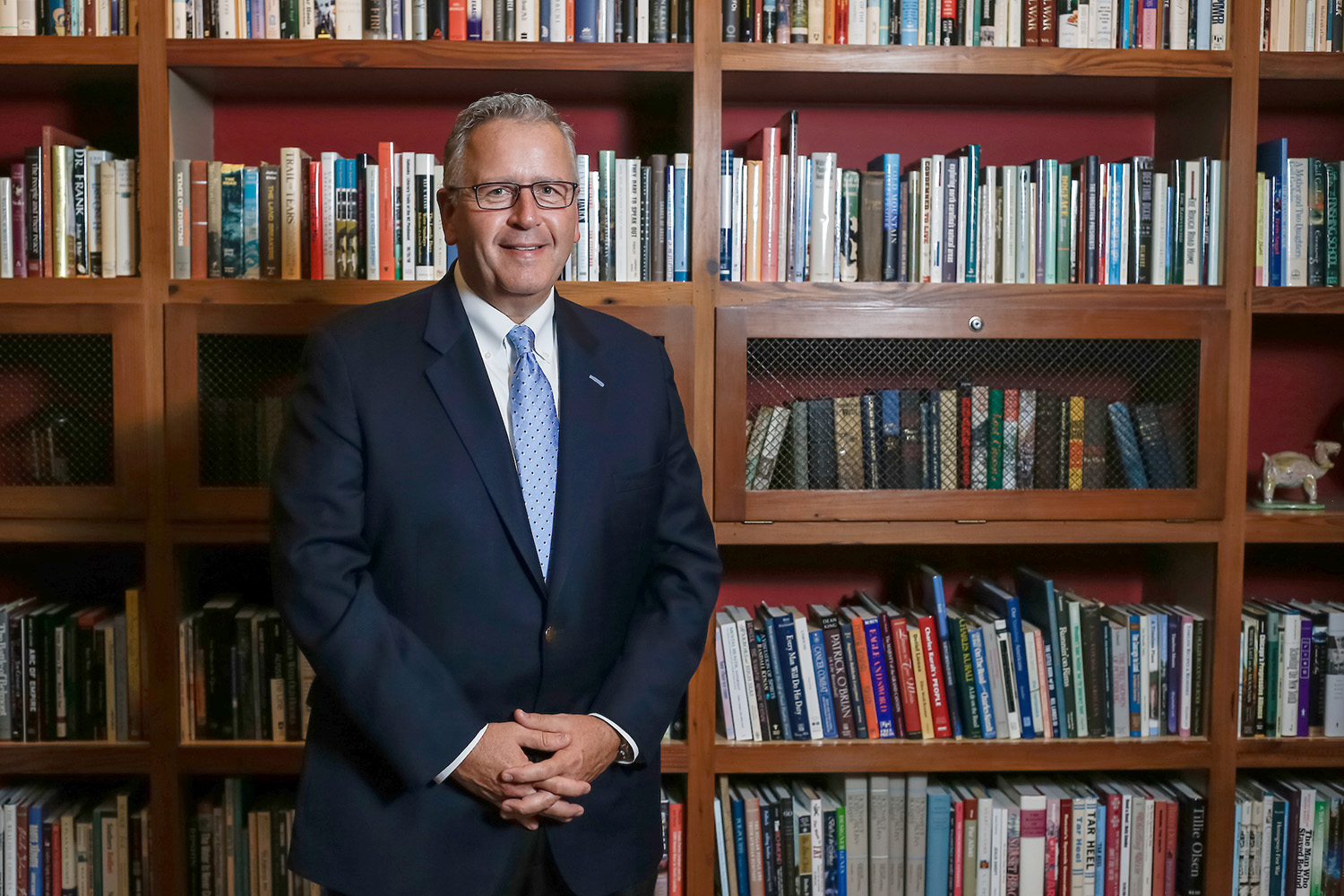 After finding a way to synthesize fluoropolymers from supercritical carbon dioxide, a major environmental coup that brought a substantial royalty stream to his department, Joe stopped by the chair’s office. He explained that, as he’d been fortunate to have attracted funding from multiple grants, he thought the chemistry department might be able to use the unspent portion of his startup package elsewhere.

No department had ever had a young professor return free money.

That story has Joe written all over it: practical, cost-conscious, unselfish, inordinately successful and a magnet for resources — people, equipment, funding — and awards.

Joe is one of only a handful of scientists in history to have been inducted into all three branches of the U.S. National Academies: Engineering in 2005, Sciences in 2012 and Medicine in 2014. He has received more than 50 major professional recognitions, including the Lemelson MIT Prize in 2008, and, from the UNC System Board of Governors, the O. Max Gardner Award in 2000. Last May, Joe went to the White House where President Obama bestowed on him the National Medal of Technology and Innovation.

A California native, Joe graduated Phi Beta Kappa from Ursinus College outside Philadelphia. UNC broke tradition by inviting him to join the faculty before the ink was dry on his doctorate in chemistry from Virginia Tech, even though he had not done a postdoc. He immediately began building his lab, acquiring a diverse mix of grad students — “You learn the most from the people you have the least in common with,” he says — and winning grants to research his ideas and make discoveries that he consistently translates into solutions to real-world problems.

Though he has about 170 patents in his name, and another hundred or so pending, Joe doesn’t hoard his research results fearing someone will steal his ideas. He invites everyone to share them, with the idea that maybe something he has discovered could be the missing link that another researcher somewhere in the world needs to advance a new technology.

The science emerging from Joe’s lab has been extraordinarily useful. He co-founded Bioabsorbable Vascular Solutions, which produced a stent that releases a drug which then is absorbed by the body. Abbott Laboratories bought the technology, and the FDA has approved the product already. He co-founded Micell, which pioneered the first CO2-based dry-cleaning technology for Hangers Cleaners. After developing a process called particle replication in non-wetting templates to generate nano-tools, he co-founded Liquidia, which uses nanotechnology to deliver drugs via particles that mimic blood cells to the exact spot in the body where they are needed. The company now employs about 60 people.

His latest venture is Carbon Inc., which uses his continuous liquid interface production technology for a type of 3D printer that can create an object from a pool of liquid in minutes, Terminator 2-style. The process uses light as a chisel to fabricate solid objects up to 100 times faster than traditional 3D printers. With that technology, he is creating a new industry category of 3D manufacturing that could launch new business models based on inventory on demand.

Even with all his discoveries that have made life better for so many, Joe considers his most important work product the lives he has influenced, whether through mentoring students well into their careers, creating new jobs or developing new ways of treating disease or solving other problems.

A staunch advocate for diversity, Joe looks for talent in nontraditional places. He can spot undeveloped talent and has the patience to invest in it. His extraordinary optimism shows through in his belief that every project can succeed and every person has something to contribute. Joe shares his success, and like a magnet, he draws more.