Paul Cuadros, associate professor in the School of Media and Journalism, has been selected to be the featured speaker at UNC’s winter Commencement ceremony. 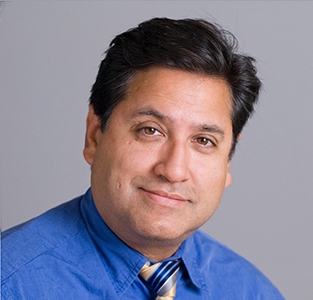 Cuadros, who joined the University’s faculty in 2006, is the chair and executive director of the UNC Scholars’ Latino Initiative, a three-year mentoring and college preparatory program between Carolina students and Latino students at six area high schools.

His book, A Home on the Field: How One Championship Team Inspires Hope for the Revival of Small Town America, tells the story of Siler City’s struggles with Latino immigration through the lives of a predominantly Latino high school soccer team.

It was Carolina’s summer reading program selection for new students in 2009; Cuadros is the only faculty member to have written a book that’s been selected for the program. The book, which has been chosen for summer reading programs at other universities, is currently the focus of a documentary film project and episodic series.

Cuadros has co-founded two campus organizations — the Carolina Latina/o Collaborative, a Latino educational and cultural center; and the Latina/o Caucus, a coalition of faculty and staff that advocates for Latino interests on campus — and he received the UNC Diversity Award in 2012 for his work opening doors for minority students, faculty and staff on campus.

His other awards and recognitions include a fellowship with the Alicia Patterson Foundation in 1999, considered one of the most prestigious journalism fellowships; the 2006 Alfred I. duPont-Columbia University Journalism Award, for his contribution to the radio series “North Carolina Voices: Understanding Poverty”; and the National Association of Hispanic Journalists’ award for online reporting.

Cuadros completed his undergraduate degree in communication and media studies at the University of Michigan in 1985 and earned his master’s degree from Northwestern University’s Medill School of Journalism, Media, Integrated Marketing Communications in 1991.

He was selected by Chancellor Carol L. Folt in consultation with the Commencement Speaker Selection Committee, which includes students and faculty. Commencement will begin at 2 p.m. on Sunday, Dec. 18, in the Dean E. Smith Center.