A heart for doing the right thing doesn’t guarantee physical safety. Ken Broun, a national leader in teaching law students the practical skills needed for trial advocacy, tapped into a vein of bravery in taking his expertise to South Africa during apartheid to teach black lawyers what their white counterparts in the courtroom had been trained to do. 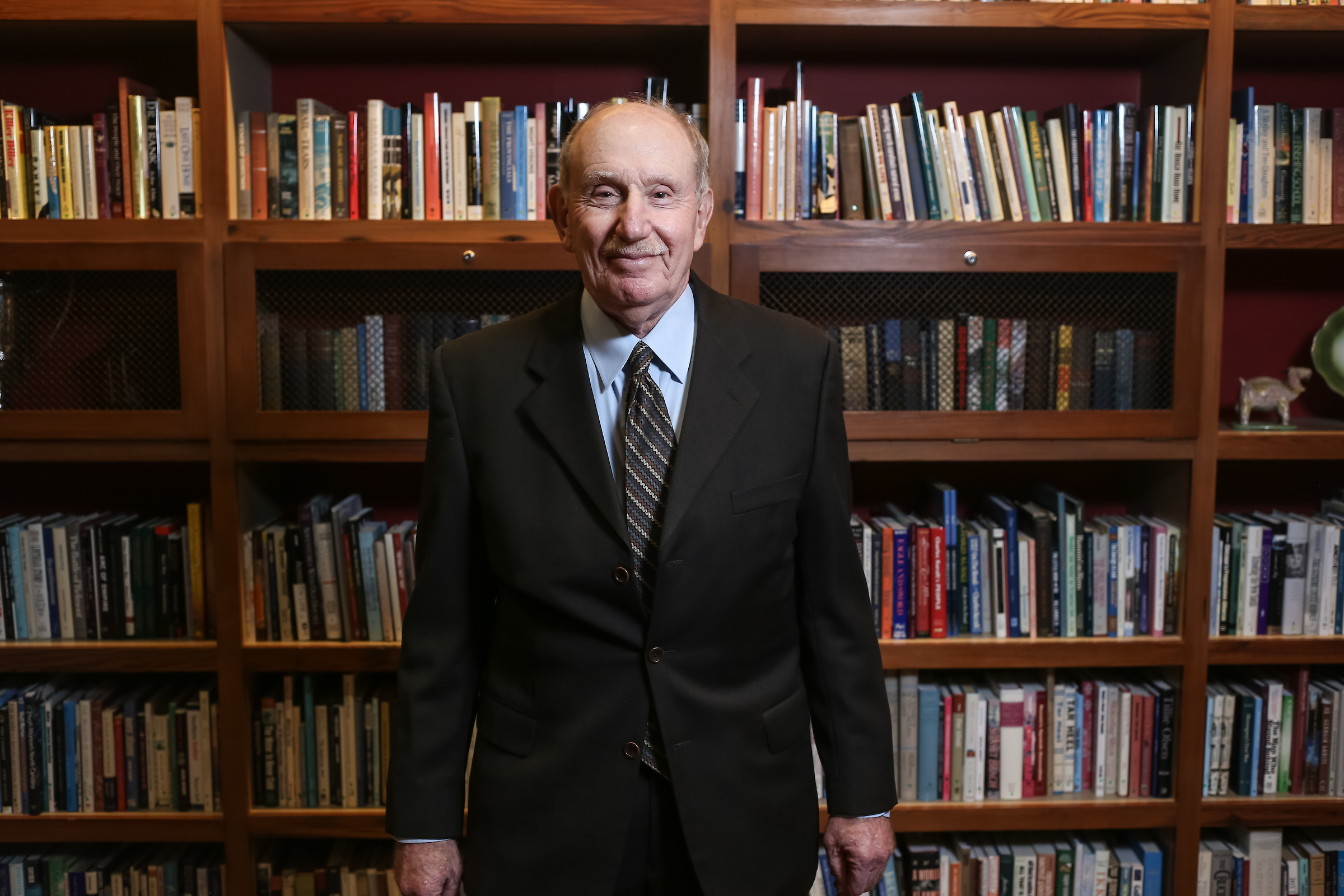 This was not a safe endeavor to take on, noted one of Ken’s colleagues in the law school. The politics in South Africa were quite harsh, and Ken was in gatherings where it wasn’t clear that as a white man he was all that welcome. Yet he forged ahead to live his commitment to civil rights in that place and time.

What started in 1986 as a one-time visit with noted civil rights lawyer James Ferguson to establish a trial advocacy training program stretched to annual sessions over 25 years. “Our idea was to train enough teachers to work ourselves out of a job,” Ken said. “We didn’t accomplish that.” The number of lawyers seeking the training continued to grow.

Throughout his more than half-century legal career, Ken has worked to make the world a better place, whether that pertains to the law school, where he began teaching in 1968 and was dean from 1979 to 1988, or to the University as a whole by serving on the committees that selected Holden Thorp ’86 and Carol Folt as chancellors, or to the town of Chapel Hill, where he was mayor from 1991 to 1995. He has taught generations of law students who have gone on to make significant impacts in their own right, and he has contributed to scholarship and case law through his book Brandis & Broun on North Carolina Evidence, which is the official chronicler of what North Carolina law means and is cited frequently in legal arguments.

As dean, Ken brought the law school to national prominence. In 1971, he and a law professor from Notre Dame founded the National Institute for Trial Advocacy, which taught law students practical skills through exercises in cross examination, direct examination, jury selection and closing arguments. Through Ken’s leadership, UNC became one of the first law schools to incorporate that training into its curriculum. He also established the clinical law program that enabled students to practice their craft with clients who otherwise would not be able to afford a lawyer.

Ken also added some female law professors to the predominantly male law faculty, and he hired a development officer to raise money for the school.

He put the school on the international map, too, by taking Carolina law students to London to participate in moot court competitions with barristers-in-training in the U.K. He was invited to become an ex officio member of the Honorable Society of the Middle Temple of London, one of the U.K.’s four Inns of Court. He was one of only 10 Americans to be “benched,” keeping company with Supreme Court Chief Justice John Roberts and former U.S. Attorneys General Eric Holder and Loretta Lynch. He still makes the annual visit with students, writing questions for the arguments, serving as judge and giving talks.

When the town and the University sat down to figure out a mutually beneficial use for the nearly 1,200 acres of the Horace Williams Airport and the Carolina North Forest parcels, Ken was asked to broker the talks. Ken received accolades for including community input and ensuring that all voices were heard.

More recently, Ken chaired a town task force to recognize the role African-American residents had in desegregating Chapel Hill, shifting the narrative that often focused on the role of white residents in fomenting change.

A true Renaissance man, Ken plays the piano and double bass and performs in a jazz quartet, prompting one retired law professor to quip: “I want to be Ken Broun when I grow up.”

His deep moral commitment extends to sports, too. Ken rose to hero status in the eyes of his two sons, teens at the time, in 1981 for booting out two assistant coaches from a rival school who were using the law library to look down on the football practice field — an incident that made Sports Illustrated.

Over the years, Ken has emerged as a warm and generous person, free with his gifts, extending opportunities that move others forward. His career path shows no sign of a striving, ambitious person looking for the next stepping stone. As one of his former colleagues noted: “Not everyone who spends a life in academia comes out of it with such a largely positive view of the world.”

Regardless of the challenges life lays in his path, Ken proceeds with strength and grace, and a personality that feels like a warm embrace.