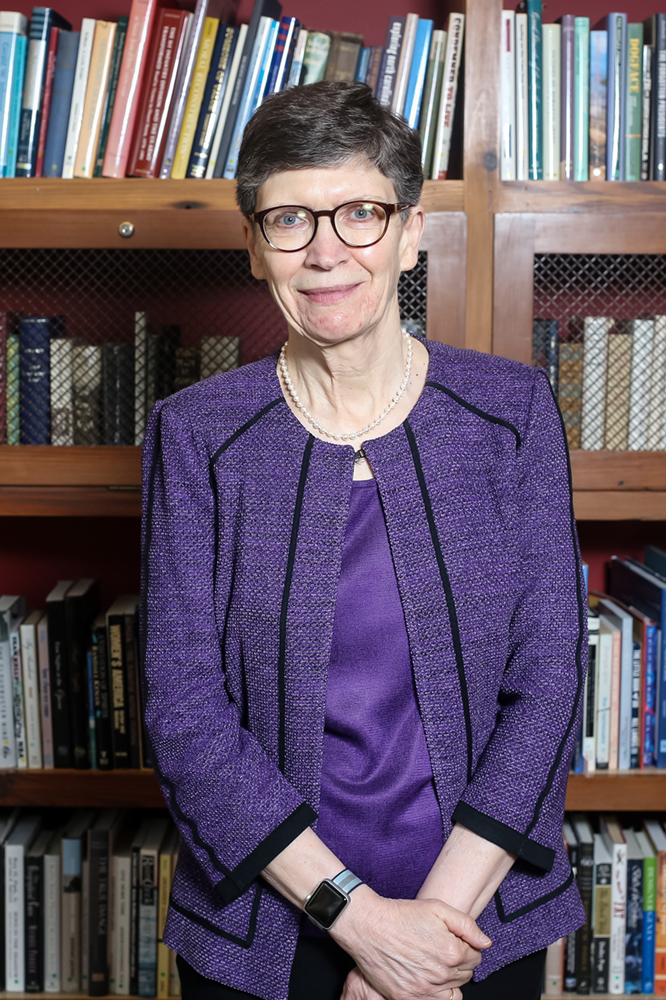 Lissa Broome has won the UNC School of Law’s teaching award so many times she has been retired from eligibility. Good thing, perhaps, because where would it fit on her already jam-packed resume and list of accomplishments?

She is the Burton Craige Distinguished Professor at UNC, where she teaches banking law and secured transactions and has directed the Center for Banking and Finance since she launched it 21 years ago. Every year, she organizes its Banking Institute, a signature program that educates banking industry professionals. She started the N.C. Banking Institute Journal in 1997 and continues as its faculty adviser.

Lissa founded and leads the law school’s Director Diversity Initiative, which helps increase the number of women and minorities on corporate boards through a matchmaking process. To expand its effectiveness, she started a daylong bootcamp to prepare candidates for leadership positions, and once Zoom became commonplace, she instituted monthly hourlong webinars to sharpen prospects’ skills.

For the past 11 years, she has been the University’s Faculty Athletics Representative to the ACC and the NCAA, a span of years that included some of UNC athletics’ most challenging times. Last year the position’s review committee approved her for another five-year stint.

In 2010, the law school honored her with its Outstanding Service Award, and in 2019, the Law Alumni Association bestowed on her its S. Elizabeth Gibson Award for Faculty Excellence. In 2009, she was an inaugural inductee into the McCall Master Teachers’ Society for Teaching Excellence.

And this list doesn’t include many other ongoing activities and one-time programs she participates in that, as one of the law school’s most senior faculty members, she is not obligated even to attend. If an event helps students thrive, she’s there in support.

She has co-authored a textbook on securitization and published multiple editions of a case book on financial services regulations; passed the state bar exam and kept up her law license, though professors don’t have to be licensed; and run at least one marathon. Come Sunday morning, she’s chief usher for the 9 o’clock service at her Methodist church.

“There has to be two or three of her,” said one of her former students who has built a successful career in banking law. How else could she do everything she does?

Lissa operates with the precision of a Swiss watch. If she starts an hourlong meeting at 1 o’clock, she covers the agenda and ends exactly at 2. Likewise in the classroom, she presents at the beginning of the session an outline of what she’ll cover, and she’ll have gone through everything by the time the clock ticks down to its final minute. She never runs short, and she never runs long.

Yet she takes the time to ensure that her students will graduate with everything they need to succeed. She’s proud of the impact they have made on the world, particularly in the banking law field. She is now on her second generation of students, teaching the children of her former students. When she made a presentation to UNC’s Board of Trustees not long ago, the law school dean and three vice chancellors in the room were her former students.

Lissa has earned the respect of her colleagues through her integrity, her spirit and her stamina. She builds relationships with a mutual trust-but-verify philosophy and creates a healthy working environment. Her informed perspective is backed up by facts. She continually seeks to do better and never rests on her laurels.

Over the years, she’s drawn the attention of other law schools, but she turns down their offers. “More important than what I’m doing is who I’m doing it with,” she said. She appreciates the people she works with at UNC, people committed to the public good, at a university that embraces its public mission in a way that resonates with her.

And then there’s the weather. After growing up in Illinois, she values living in a place where she can be outside year-round. When her husband, who had a faculty position at UNC Law, decided academia was not for him, she told him: “I love it here, so find a job you can commute to.”

“I can’t imagine designing a better life for myself,” she said. “As long as every day I get out of bed and can’t wait to get started on what’s happening that day, I want to keep doing it.”