Austin O’Connor, a senior who was second seed at the championships, is Carolina’s sixth national champion. (UNC Athletics)

Austin O’Connor reached the summit of collegiate wrestling when he beat top seed Sammy Sasso of Ohio State to win the 149-pound class of the NCAA championship on Saturday in St. Louis. 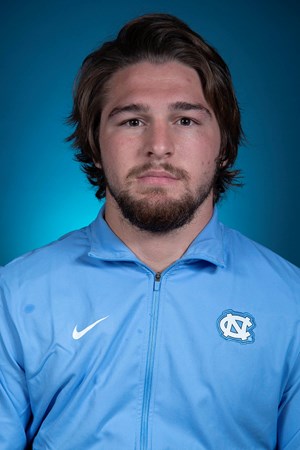 O’Connor, a senior who was second seed at the championships, is Carolina’s sixth national champion and the first since T.J. Jaworsky ’95 won the title in his senior year.

“It feels amazing,” said O’Connor, from Lockport, Ill. “It has been a very long time [between UNC titles]. I’m glad to finally get it done again. We knew it was coming. It’s a long time we’ve waited, but it’s here.”

After a scoreless 90 seconds to begin the match, O’Connor escaped for the first point of the match. Sasso earned a quick escape seconds into the third period to tie the match. With 32 seconds remaining, O’Connor took Sasso down and claimed a 3-1 advantage. Sasso got a point for riding time.