Six alumni have been recognized as this year’s recipients of the annual William Richardson Davie Award, the UNC Board of Trustees’ highest honor for service to the University or society. They are N.C. Gov. Roy...

The class of 2020 finally got some closure on their undergraduate college careers with a Commencement delayed 75 weeks by a global pandemic but made possible partly by a vaccine Tar Heel researchers helped develop....

With classes canceled for a day devoted to mental health, Carolina observed a somber 228th birthday that leaders called a time for reflection, reckoning and resilience. Coming during not only a lingering pandemic but also a more acute mental health crisis on campus, University... 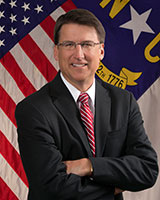 Gov. Pat McCrory will give the keynote speech when the University celebrates its 221st birthday on University Day Oct. 12.

University Day marks the laying of the cornerstone of Old East, the nation’s first state university building, in 1793 and the beginning of public higher education in the U.S. The campus first celebrated University Day in 1877.

Many of North Carolina’s 74 governors have been a part of this traditional observation. McCrory, the first mayor of Charlotte to win the governorship after serving a record 14 years in that position, received degrees in political science and education from Catawba College. He worked for Duke Energy before entering public office.

Other University Day convocation highlights will include the presentation of Distinguished Alumna and Alumnus Awards, a practice begun by the faculty in 1971 to recognize alumni who have made outstanding contributions to humanity. 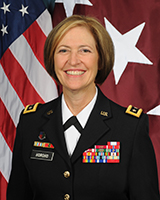 Army Surgeon General Patricia Dallas Horoho ’82. Horoho is the 43rd surgeon general of the U.S. Army. She is the first nurse and first woman to hold that position since it was established in 1775. Her responsibilities cover all facets of Army medicine, including the U.S. Army Medical Command, the third-largest health care system in the U.S. She also directs the Army’s medical and health care professional education, scientific research, medical material logistics, and training of all combat medics. Her many honors include commendation by Time Life Publications for her actions at the Pentagon on Sept. 11, 2001; selection in 2002 by the American Red Cross and Nursing Spectrum as one of 15 nurses receiving national recognition as a “Nurse Hero”; the USO’s 2009 Woman of the Year; and the UNC School of Nursing’s 2011 Alumna of the Year. On Sept. 11, 2014, she became the second nurse to speak at TEDMED Live in its 16-year history. Horoho has said that while at Carolina she learned that nurses can influence health care delivery and the lives of patients in all environments through direct and indirect care, policy, legislation, and the business aspects of health care. 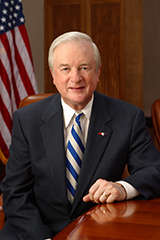 Former N.C. Gov. James B. Hunt Jr. ’64 (LLBJD). Hunt was the first N.C. governor to be elected to consecutive four-year terms, the state’s longest serving chief executive with 16 years in office and the first to possess the veto power, although he never used it. Throughout his long career, Hunt has been a strong advocate for public education at all levels. As governor, his influence was visible nationally as creator of the National Board for Professional Teaching Standards and chair of the National Commission on Teaching and America’s Future. In higher education, he called for larger stipends and health insurance coverage for graduate students and supported creation of a distinguished professors’ endowment fund. He established a reading program in primary schools and advocated for class-size limits. He championed creation of the N.C. School of Science and Mathematics, was instrumental in creation of Smart Start and helped bring about N.C. State’s Centennial Campus. He also launched efforts to recruit high technology businesses and established the Microelectronics Center of North Carolina and the N.C. Biotechnology Center. Today he continues his life-long advocacy of education through the James B. Hunt Jr. Institute for Educational Leadership and Policy. 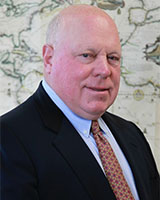 National geographer Andrew “Sandy” McNally IV ’63. McNally is a geographer dedicated to furthering the field of cartography. Since 1899, the McNally family has been in the mapping business through the world-renowned Rand McNally Co. McNally received his undergraduate education at Carolina as did both of his sons. As chairman and CEO of Rand McNally from 1974 to 1997, he dedicated the firm to providing accurate maps in popular and accessible formats. He is now active in a number of successful business ventures. McNally has actively supported Carolina’s geography department for many years. He endowed the J. Douglas Eyre Distinguished Lecture Series, which brings distinguished speakers to Carolina for keynote campuswide lectures and opportunities to engage with students and faculty. He also endowed the McNally Fund for Excellence in Geography and has served on Carolina’s Board of Visitors. 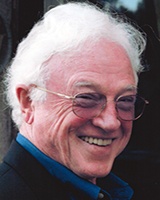 Public policy lawyer James R. Patton Jr. ’48. Patton is recognized nationally and internationally for his accomplishments in the practice of international and public policy law and the foundation of Patton Boggs, one of the nation’s most influential law firms. The firm has been ranked in the top 100 law firms by The American Lawyer every year since 2002. In his senior year at Carolina, Patton bought his first rare book, a fine copy of the first edition of Robinson Jeffers’ The Californians (1916). During the decades that followed, Patton amassed an exceptionally comprehensive collection of Jeffers and also a series of other important 20th-century literary collections, all of them distinguished for their depth and the exquisitely fine condition of the individual pieces. In 1995, Patton donated to Carolina’s Rare Book Collection his holdings of James Dickey, Sylvia Plath and Ted Hughes. Twenty years later, Patton continues to give such important items as his comprehensive collection of Jeffers material and a collection of the works of James Joyce that is remarkable for including virtually all of Joyce’s publications, many of them signed and all in impeccable condition. 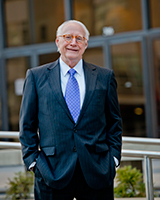 Trial lawyer Wade M. Smith ’60 (AB, ’63 JD). Smith has been one of North Carolina’s best known and most acclaimed lawyers for nearly 50 years. Smith was an All-American high school football player with many college scholarship offers, but he chose to accept a Morehead Scholarship to Carolina, where he excelled in both academics and athletics. He was co-captain of the football team and was inducted into the Order of the Golden Fleece. In 1964, he and his classmate J. Harold Tharrington founded the law firm of Tharrington Smith. Smith’s prowess as a trial lawyer is legendary. In 2008, the N.C. Bar Association established the annual Wade M. Smith Award “for a Criminal Defense Attorney Who Exemplifies the Highest Ideals of the Profession.” He has been included in the annual list of Best Lawyers in American for 25 years in succession. Smith served two terms in the N.C. General Assembly; he has chaired the Board of Directors of the General Alumni Association, is a recipient of its Distinguished Service Medal and is the permanent class president of the class of 1960. 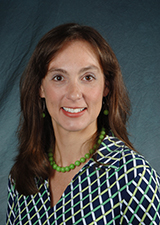 The Edward Kidder Graham Faculty Service Award, established by the Faculty Council in 2011 to recognize outstanding service by a faculty member, will be presented to Krista Perreira, professor of public policy and associate dean for undergraduate research.

Perreira is a health economist who studies disparities in health, education and economic well-being and interrelationships among family, health and social policy, especially as they affect Hispanic/Latino families. Her current research projects include the Hispanic Community Health Study/Study of Latinos and Implementing Health Care Reform in North Carolina.