UNC and N.C. A&T State University are collaborating on a program designed to improve Black...

Carolina has created a plaza to highlight and commemorate the Divine Nine, the nine Black...

Healing and unity were recurring themes during a Nov. 21 dedication in the Pit of a memorial for James Lewis Cates Jr., a Black man who was stabbed to death 52 years ago in a racially motivated attack outside the Frank Porter Graham Student Union.

Cates, 22, a Chapel Hill resident, was on campus Nov. 21, 1970, for a Homecoming weekend dance at the Student Union. A fight broke out among students, community residents attending the dance and members of a motorcycle gang. Cates was stabbed and bled for up to 45 minutes in the Pit before being transported to nearby N.C. Memorial Hospital, according to newspaper reports. Cates was not a Carolina student. 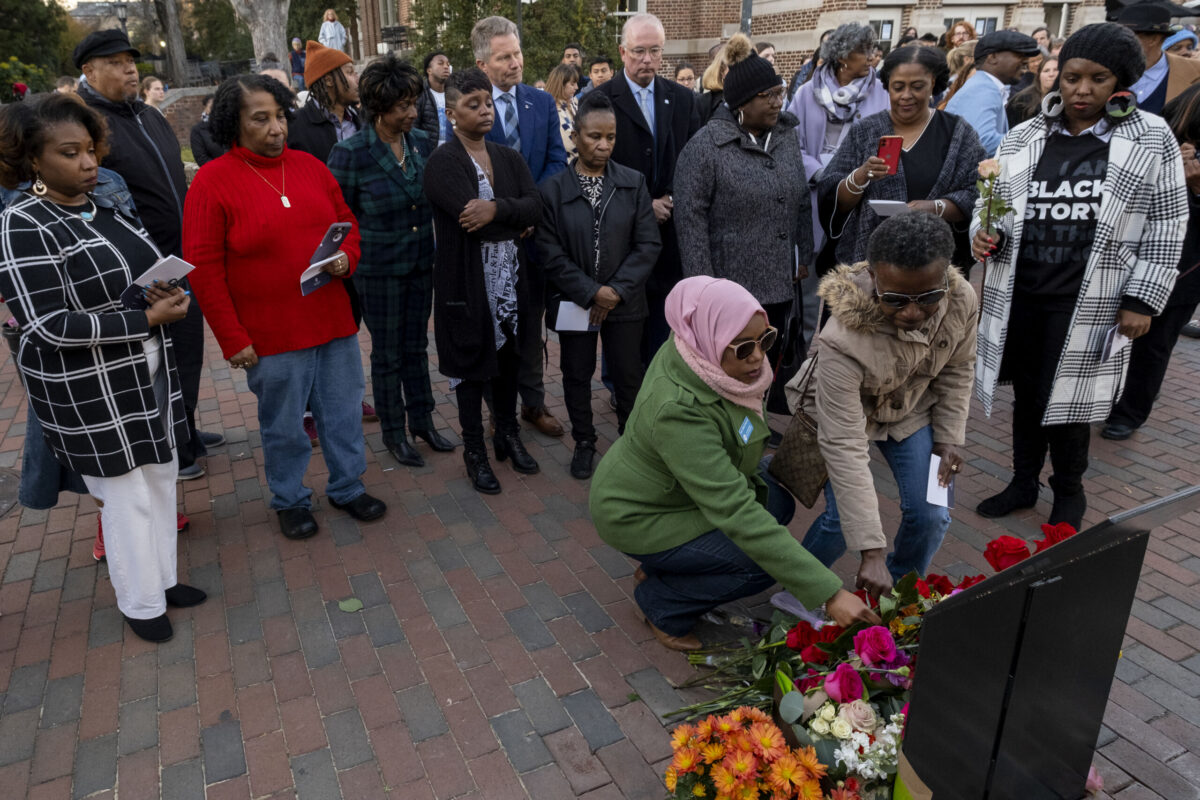 “We would not be here today without the advocacy of our students, faculty, staff and the Cates family, many of whom are here with us today,” Chancellor Kevin Guskiewicz said at the 4 p.m. ceremony. “I want to thank them for their perseverance, even through pain and grief. Our University’s motto is Lux libertas, light and liberty. Our job as a University is to shine a light on the truth, even when that truth is painful.”

Boliek said the memorial marks a statement “asked for by the community and proudly approved” by trustees.

“Today marks a moment of reflection, a moment of progress, I hope, but more than anything, this monument represents an opportunity … to recognize uncomfortable parts of a complex history that we all share in one way or another,” he said. “It also provides an opportunity to be aligned in a mission to move forward as a community.”

During his remarks, Boliek acknowledged Campbell University Law School Dean Richard Leonard ’71 (’73 MEd), who was president of the Carolina Union in 1970 and was in charge of the dance.

“Dean Leonard, thanks for being here.” Boliek said. “I know this means a lot to you, and we appreciate all you’ve done.”

University students, faculty, staff, alumni and members of the Chapel Hill community attended the dedication, including some of Cates’ high school classmates.

Vann said a lifelong friend of Cates’ described him to her as a smooth-talking, sharp-dressing ladies’ man.

“By all accounts from dear family, friends and the Northside community that loved him so, James Lewis Cates was the type of boy you would have been delighted to meet,” Vann said. “In a perfect world, we would see his dreams fully realized today and we’d have him here, as an elder, to share the beauty of his life on his own and to pour his wisdom into Black students at UNC like members of the Northside [community] have done for decades. But our world, for all her beauty, is so far from perfect for this loss of life decades ago and every loss like it. We are grateful that those who wish to erase his history were not victorious.” 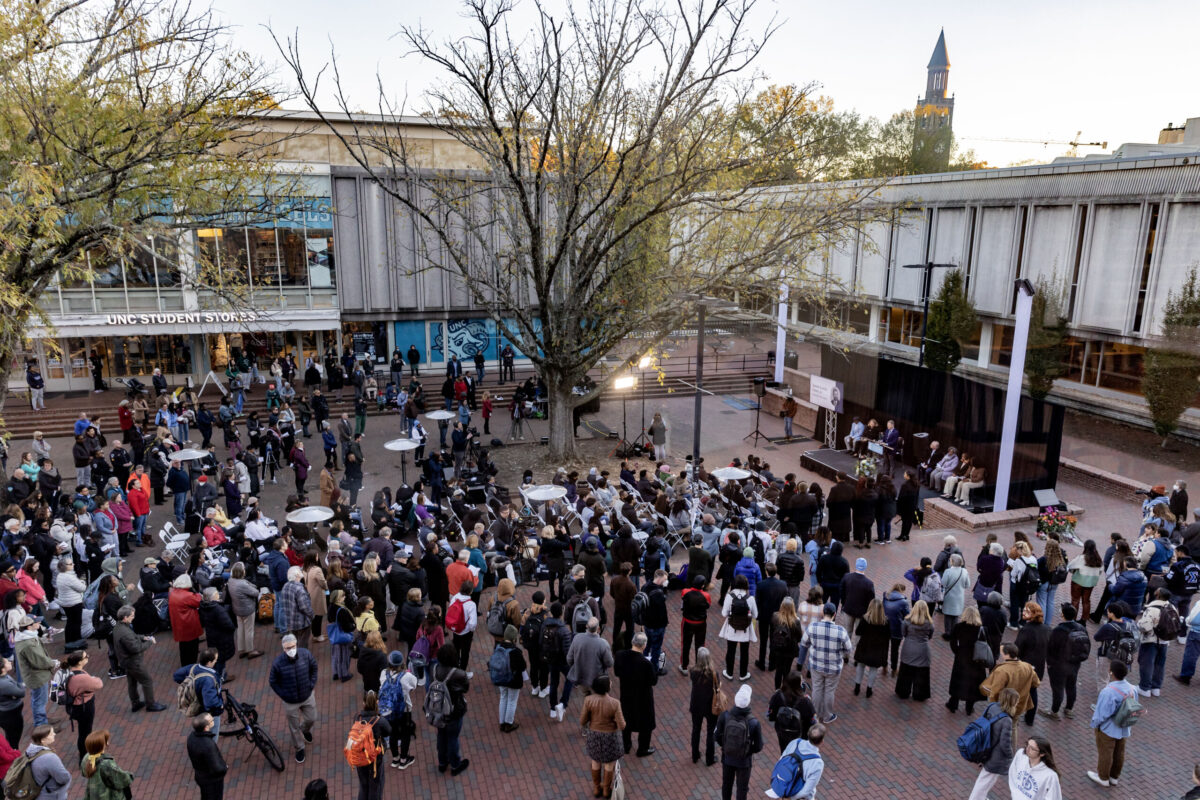 Clark, founder and chair of the James Lewis Cates Jr. memorial project, said the road to a permanent memorial for Cates was long and arduous, a journey fueled by loss, anger and a lack of accountability.

“We met countless delays, bureaucratic red tape, obstacles and fierce opponents, but no opponent is fiercer nor stronger than love,” she said. “Grief, anger and love can often feel separate, but they are extensions of one another.”

After the ceremony, people placed flowers at the memorial, to which Guskiewicz said Cates’ name will later be added.

On Nov. 21, 1970, Cates was killed in the early morning hours outside a dance that was scheduled from midnight to 7 a.m. and was co-sponsored by UNC’s Afro-American Awareness Committee and Carolina Union to promote racial diversity. In 1970, Black students comprised less than 2 percent of Carolina’s student body.

Three members of the motorcycle gang were charged with murder in Cates’ death but acquitted in a trial in Orange County four months later.

Cates lived on the west side of Chapel Hill in the Northside community, which was home to many of the University’s service staff. Police said he died “a victim of racial violence.”