While he was in law school at UNC, Michael Smith ’78 (JD) found a guidebook published by the Institute of Government that parsed out clearly and cleanly the legal procedures for arrest, search and investigation in North Carolina. So helpful was this book that Michael sung its praises when he stopped by the office of one of his law professors. 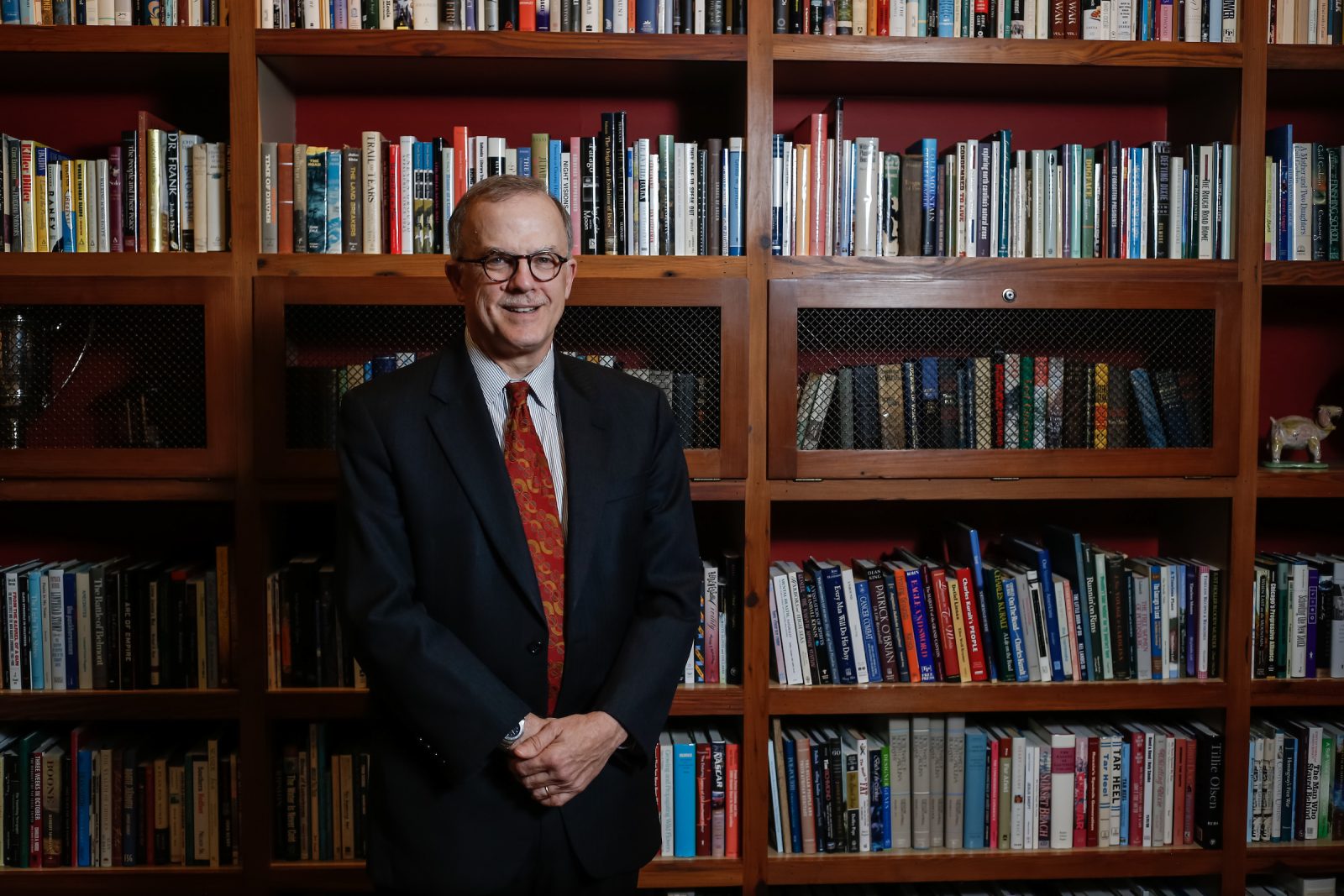 “Where is this Institute of Government?” Mike asked, perhaps rhetorically.

His law professor pointed out the window, to the building across the parking lot.

Mike first entered that building as a summer law clerk working for a couple of faculty members there. Thirty-eight years later, he still enters that building every day, now as the dean of what has become UNC’s School of Government. He joined the faculty immediately after law school, in 1978, and was appointed director in 1992. His title changed to “dean” in 2001, when the institute became a school. It’s not true that he supported the transition because it would enable him to call the athletics office and ask for basketball tickets using the name “Dean Smith.”

Since 1931, the institute, now school, has been a nonpartisan source for training elected officials to govern effectively and thus improve the quality of life for people in their communities. Mike, in his tenure as dean, has expanded the curriculum to include leadership and economic development, and he has formalized a master’s of public administration program into a graduate degree. He has recruited an outstanding faculty of diverse leaders, and in the increasingly polarized world of politics, no controversy swirls about him, ever.

Perhaps most importantly, Mike has introduced the concept of private fundraising to increase the school’s financial sustainability.

Diversifying the school’s funding sources has become increasingly important. “We’ve had to move away from state funding because it’s moving away from us,” he said, describing the situation in public higher education across the country. He is one of a rare breed of individuals who feel energized by the ambitious goals of a capital campaign. He secured a legislative appropriation that enabled expanding and renovating the Knapp-Sanders Building in 2004. He has been successful in fundraising because people recognize his genuine belief in the school’s mission — service to others — and they trust him.

Mike’s passion for public service is relentless. He has been able to build trust, even in a politically charged climate. He doesn’t bring his biases to the table, and people learn that they don’t have to fear what he might do.

In a school that teaches leadership, Mike is a consummate leader. The master of “the gently asked but directly on point question,” according to one of his colleagues, he focuses people on the central issue in a way that isn’t challenging or off-putting. He builds consensus and addresses a small-town clerk or the state’s governor with the same level of respect and persuasiveness.

Mike understands the value of strong relationships. He instituted Faculty Lunches With the Dean, where he regularly hosts small groups of faculty not only to learn what’s on their minds but to get them talking with one another and shake them out of their academic silos.

When the University seeks a new high-level leader, expect to find Mike on or chairing the search committee. He has helped select a provost and two law school deans, among other academic brass, not so much because of his inerrant ability to guide his colleagues to make the right choice but because he runs the search committees to make sure everyone is heard.

A Michigan native, Mike credits his high tolerance for frustration to being a Detroit Tigers fan. He kayaks and practices yoga to let go of the stress of working with elected officials and trying to infuse innovation into deeply entrenched government processes — not to offset his weekend visits to the Donut Dinette in Albemarle, near Lake Tillery where he and his wife, Robin, have a vacation cabin.

Whatever his rejuvenation regimen, it works. When Mike walks through the doors of the School of Government, he brings with him an excitement and enthusiasm that spreads to those he works with, in a time when helping leaders become their best selves has never been more important.