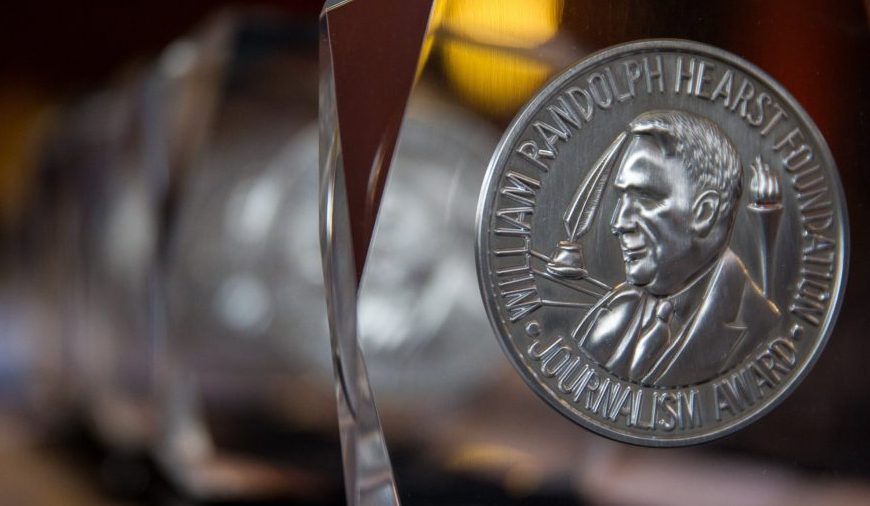 Hearst awards. (Photo by UNC School of Media and Journalism)

The UNC School of Media and Journalism has a new banner in its future after winning its third straight Hearst national championship — often called the Pulitzer of college journalism. And, for the first time ever, the Hearst Foundation awarded the champions a $25,000 monetary award.

The win brings the MJ-school’s total to seven national championships — five since 2010 — for the Hearst Journalism Awards Program, more than any other university.

The overall intercollegiate winners are those schools with the highest combined student points. In addition to first place overall, UNC’s MJ-school has finished second in the broadcast news, multimedia and photojournalism competition categories.