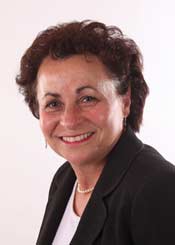 Chancellor Holden Thorp ’86 selected Gray for the position with an effective date of Dec. 1, 2011. The appointment is pending final approval by the Board of Trustees at its September meeting. Gray would succeed Richard Mann, who announced his retirement this year but agreed to stay on until his replacement was named. Mann had been vice president for administration at Stony Brook before coming to UNC in 2006.

“Karol Gray has distinguished herself as an exceptionally qualified administrator and chief financial officer at Stony Brook University,” Thorp said. “She brings more than three decades of experience at a distinguished public university to Carolina at a time when we face major budget challenges and changes to how we run the campus. We’re very fortunate to have attracted a candidate of her stature to join our administrative team.”

As vice chancellor for finance and administration, Gray would serve as the University’s principal finance and business officer and report to the chancellor. Duties include oversight of financial planning and budgeting; treasury and risk management; facilities planning, construction and operations; purchases and stores; public safety, environmental health and safety; and auxiliary enterprises. The University’s total operating budget was about $2.4 billion in fiscal 2009-10.

Gray has 33 years of financial, organizational and management experience at Stony Brook, where she has been responsible for developing and implementing administrative policies in addition to enhancing the fiscal services by strategically planning and introducing new applications. As chief financial officer for the Stony Brook Foundation, she provides financial direction and support for the budget, investment and realty committees and is responsible for the management of an endowment of approximately $120 million with net assets of $200 million. A member of the Stony Brook University Executive Council, Gray is responsible for oversight of accounting, application support, audit, budget, bursar/student accounts, campus card, labor relations, human resource services, mail services and procurement.

Before taking Stony Brook’s top finance position, Gray worked her way up steadily at the university as a financial analyst, chief accountant, controller and associate vice president for finance and administration. Gray also has served as a liaison to the governance and finance committees of the Stony Brook University Hospital.

Gray graduated with a bachelor’s degree in business administration from Hofstra University. She is active on several committees, including the Brookhaven National Laboratory Audit Committee, the Presidential Budget Working Group, and the Investment Subcommittee of the Research Foundation of the State University of New York. She is a member of the executive committee of the State University of New York Business and Officers Association. Gray serves as the treasurer of the Stony Brook Faculty Student Association. Earlier this year, Gray was named one of Long Island’s Top 50 Most Influential Women in Business.

Gray’s candidacy resulted from a national search led by a committee chaired by Bill McCoy ’55, former interim chancellor at UNC who also is a former vice president for finance for the UNC System.

“We’re grateful to the search committee members and Bill McCoy for all of their work in making this search successful,” Thorp said.