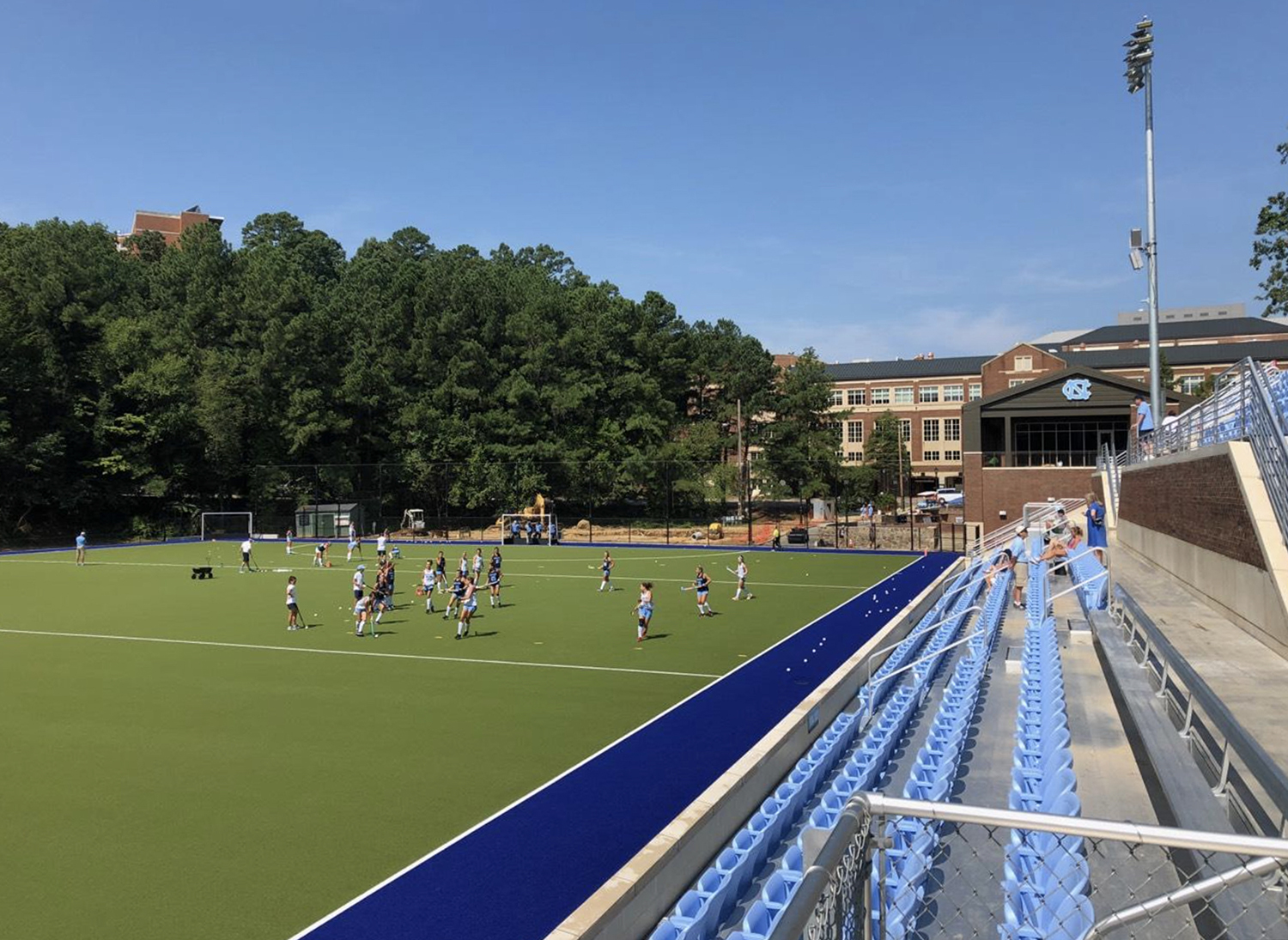 The UNC field hockey team scrimmages Duke in their new stadium on what was formerly Ehringhaus recreational field. (Photo by @UNCFieldHockey via Twitter)

The field hockey team has started the season in its new stadium, and new track and field facilities will be ready on time, but construction delays have forced later openings of new football practice facilities — including the indoor field — and the rebuilt Fetzer Field where both soccer teams will play.

The football team planned to open practice at the indoor facility and on two new outdoor fields on the site of Navy Field in August. But the Tar Heels will begin practice in Kenan Stadium, hoping to start moving to the new fields in mid-season.

Arrangements have been made for women’s soccer home games to be played on the team’s new practice field at Finley Fields, near Finley Golf Course, which also is the site of the new track. The men’s soccer team will play its home games at sites in Durham, Cary and Greensboro.

The projects, with a price tag of $85.6 million — all funded by the Rams Club — were started last year. Bad weather and other construction slowdowns account for the delays.

Fetzer, built in 1935 with a cinder track and a bench-seat grandstand, will have seating on three sides, new locker rooms for soccer and lacrosse and a new concourse and other fan amenities.

Beside Fetzer, the indoor practice facility will have a 120-yard field. Every other ACC school has one like it. Football also will have new outdoor fields, one of natural grass and the other of artificial turf.

The 18-year-old Henry Stadium has been demolished and the new field hockey stadium is now on what was Ehringhaus recreational field.

The tradeoff to expand Fetzer was to move the track off campus.

Eddie Smith Field House, which has a 70-yard football field and a 120-yard track, will remain on the site.

Athletics officials say that most of the new fields will be available for campus recreation when not in use by the varsity teams.