Carrboro, which enjoys a reputation as the Paris of the Piedmont, seems to be undergoing... 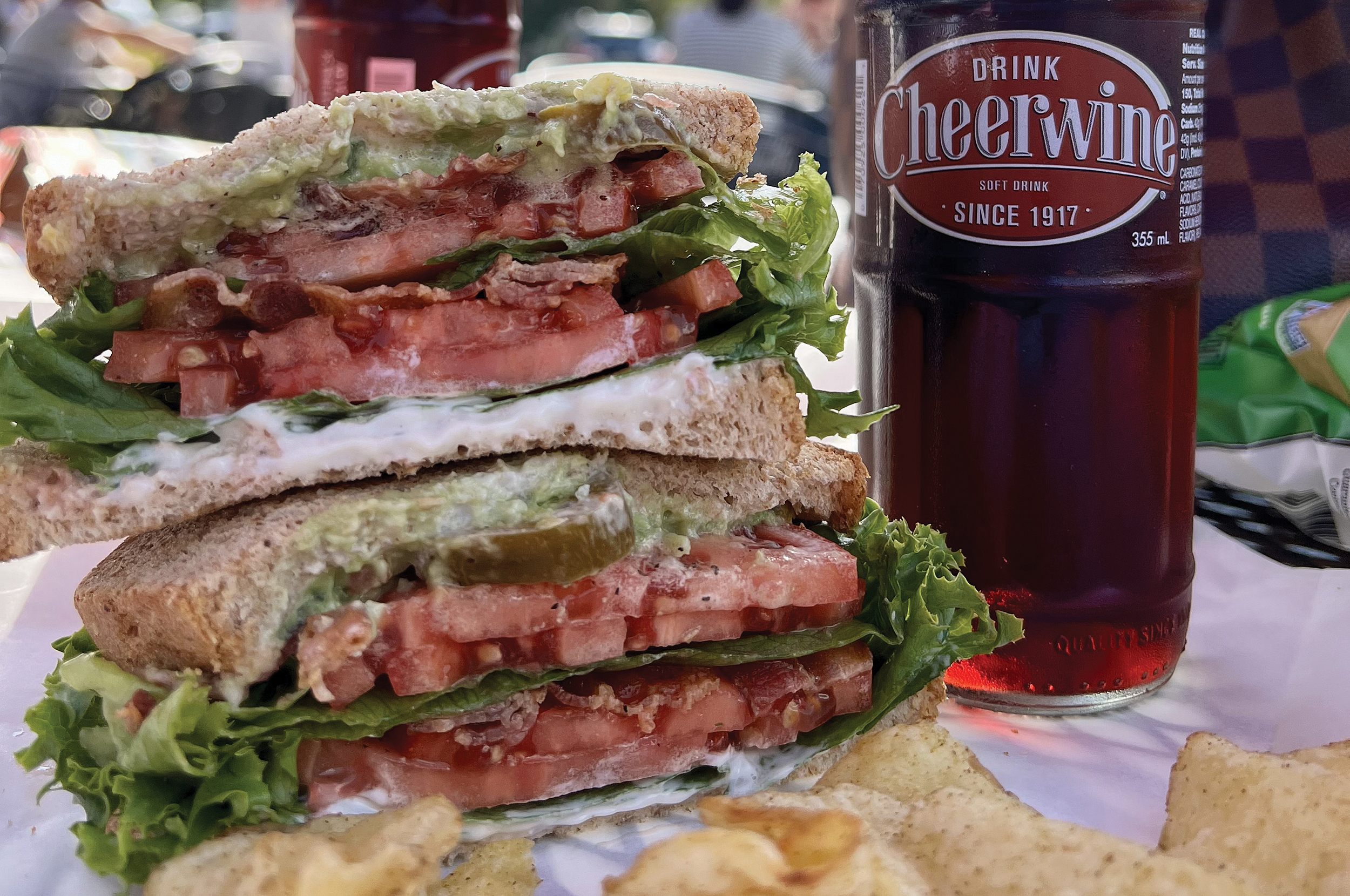 When Bob and Robin Britt owned Merritt’s Grill, customers sometimes would wait close to an hour for one of their famous BLTs. They were that good.

The Toogood family bought the grill in September and endeavored to cut the wait time to less than 10 minutes — but keep the BLTs just as good.

The Britts had owned Merritt’s for 30 years, running the 1929-era service station as a convenience store with a grill in the back. When the 2008 recession hit, they focused on the grill that pulled customers into the store, with traditional Southern lunch fare of fried bologna, chicken salad, pimento cheese, burgers and those headliner BLTs. They made space inside for tables and set up picnic tables on a patio bordered by bales of hay.

After Robin died in 2014, much of the day-to-day responsibility fell to Bob’s caregiver, Claudia Palacios. After seeing the business through the worst of the pandemic, she wanted to return to her first love, caring for people.

Merritt’s had bought its bread from The Bread Shop, John and Paula Toogood’s bakery in Pittsboro. The Toogoods had been thinking of adding a sandwich shop and inquired about opening a branch of Merritt’s. By the time the conversation ended, the Toogoods had agreed to buy Merritt’s outright.

“We’re trying to carry the torch for the Britts,” John said, “and keep a local Chapel Hill staple going.”

The Toogoods and their son, C.J., run Merritt’s and The Bread Shop. They’ve installed point-of-sale technology to streamline operations and increased the number of sandwiches that can come out of the kitchen at once. They’re thinking of other changes, possibly adding beer and wine and maybe some specialty sandwiches. But they won’t touch their bread and butter.

“Everyone wants to come back and get the same sandwich,” John said. “That’s not going to change.” 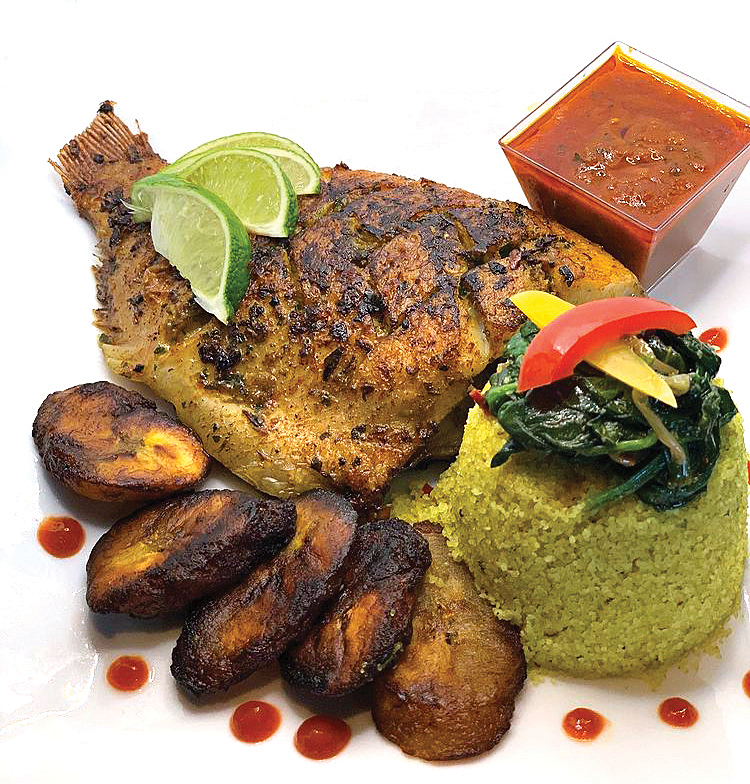 The first weekend in December — with little time to recover from the Thanksgiving meals he’d catered only days before — chef Eric Ndiaye and his daughter, Quincie, also a chef, hosted the grand opening of Bouquet Garni in Blue Dogwood Market.

For much of last year, Bouquet Garni had been operating in a stall at the Durham Farmers Market and catering private parties. Blue Dogwood owners persuaded the duo to set up shop full time at a newly vacant booth in the West Franklin Street enclave.

The menu accommodates carnivores, with dishes like lemon chicken yassa and ham-and-cheese croque, and vegetarians, with peanut butter stew maffe and flaky pastry fataya stuffed with spinach, mushrooms and cheese.

The chain dropped its line of doughnuts to focus on biscuits. Rise founder Tom Ferguson adapted business practices to augment safety during the pandemic. Stores no longer have cashiers; instead, customers use digital ordering, either online or at a shop kiosk, and pick up their food at the counter or from a heated food locker. The Chapel Hill location — owned by Brian Wiles, who also owns the Carrboro store — has no plans for on-site dining, either inside or outdoors.

Ferguson opened his first Rise shop in 2012 and began to expand nationally in 2017. The Triangle has seven of the franchise’s 16 stores. Ferguson has contracts with an additional 100 franchisees nationwide.

Artist Jedd Tyler builds humidors, jewel box-style cases lined with Spanish cedar that keeps cigars properly moist without mildewing. Pre-pandemic, he worked in a friend’s bodega a couple days a week in exchange for space to sell his humidors and cigars.

But rents dropped low enough during the pandemic that he was able to afford his own shop. In July 2020, when local businesses were succumbing to the pandemic, he opened World Headquarters Cigars in Carrboro.

He rotates his collection of cigars, which sell from $6 to $20 apiece. When he finds one-of-a-kind items, he adds them to his inventory that now includes carved pipes, elegant pocketknives, coffee from Panama and his customized, laser-engraved humidors. He recently launched a subsidiary, Humble Towers Incense.

Flying Biscuit to Land at Mall 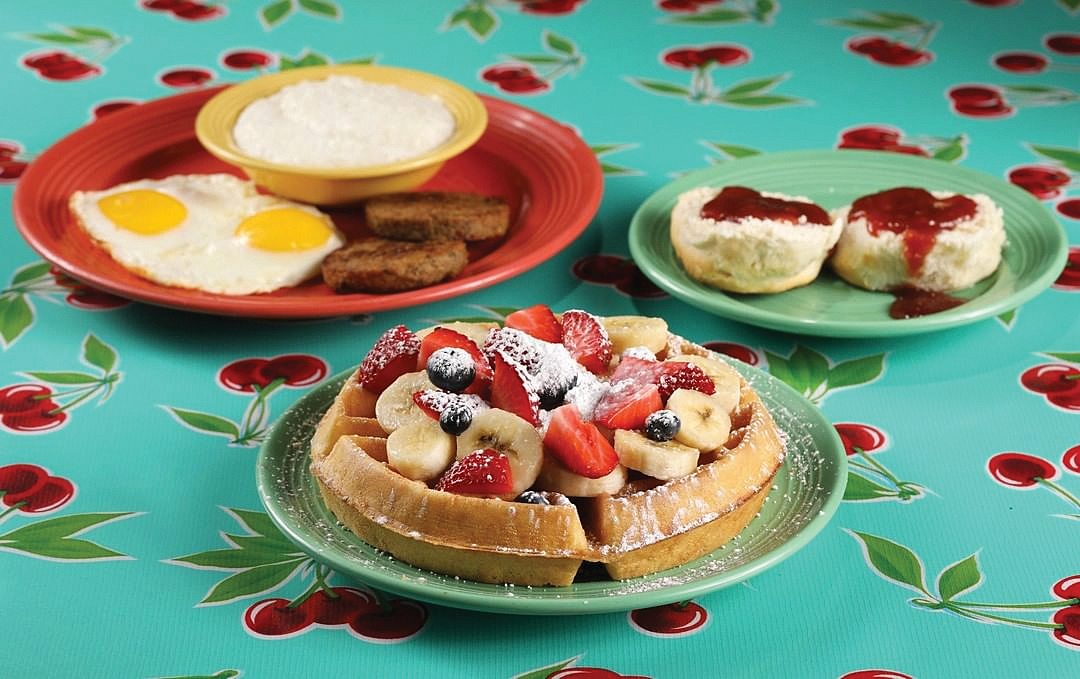 Flying Biscuit Café, a national chain, has spent the better part of 2021 renovating a spot with an exterior entrance in University Place and hopes to open early in 2022. Flying Biscuit launched in 1993 in Georgia as an all-day breakfast spot. Today, it has franchises in North Carolina, South Carolina, Florida, Missouri and Texas.

In addition to a menu of biscuits paired with eggs, bacon, chorizo and cheese, the fast-casual eatery features chicken and waffles, grits, pancakes and omelets.

Chick-fil-A, founded a half-century ago by a staunch Southern Baptist, traditionally closes on Thanksgiving, Christmas and Sundays. This year, the store at University Place reopened only briefly after Thanksgiving. It shut down its fryers and milkshake machine permanently on Nov. 30.

Chick-fil-A had operated at University Place, formerly University Mall, since 1988. Mall management wanted the restaurant to stay, but in a different spot, and only temporarily. A move would have involved installing a kitchen and upfitting the interior layout and decor to meet specifications of the franchise’s brand. Chapel Hill wouldn’t approve a drive-thru, and the mall no longer has the foot traffic for it to thrive. The numbers just didn’t work, said Chick-fil-A store operator Greg Martin. The franchise owner invested in the Carraway Village location instead.

Ram Realty, which bought the 43-acre mall property from Madison Marquette in 2019, plans to redevelop it in stages, finishing by 2028.