Nine Players Will Miss 4 Games Each; 13 in All Suspended for Selling Shoes 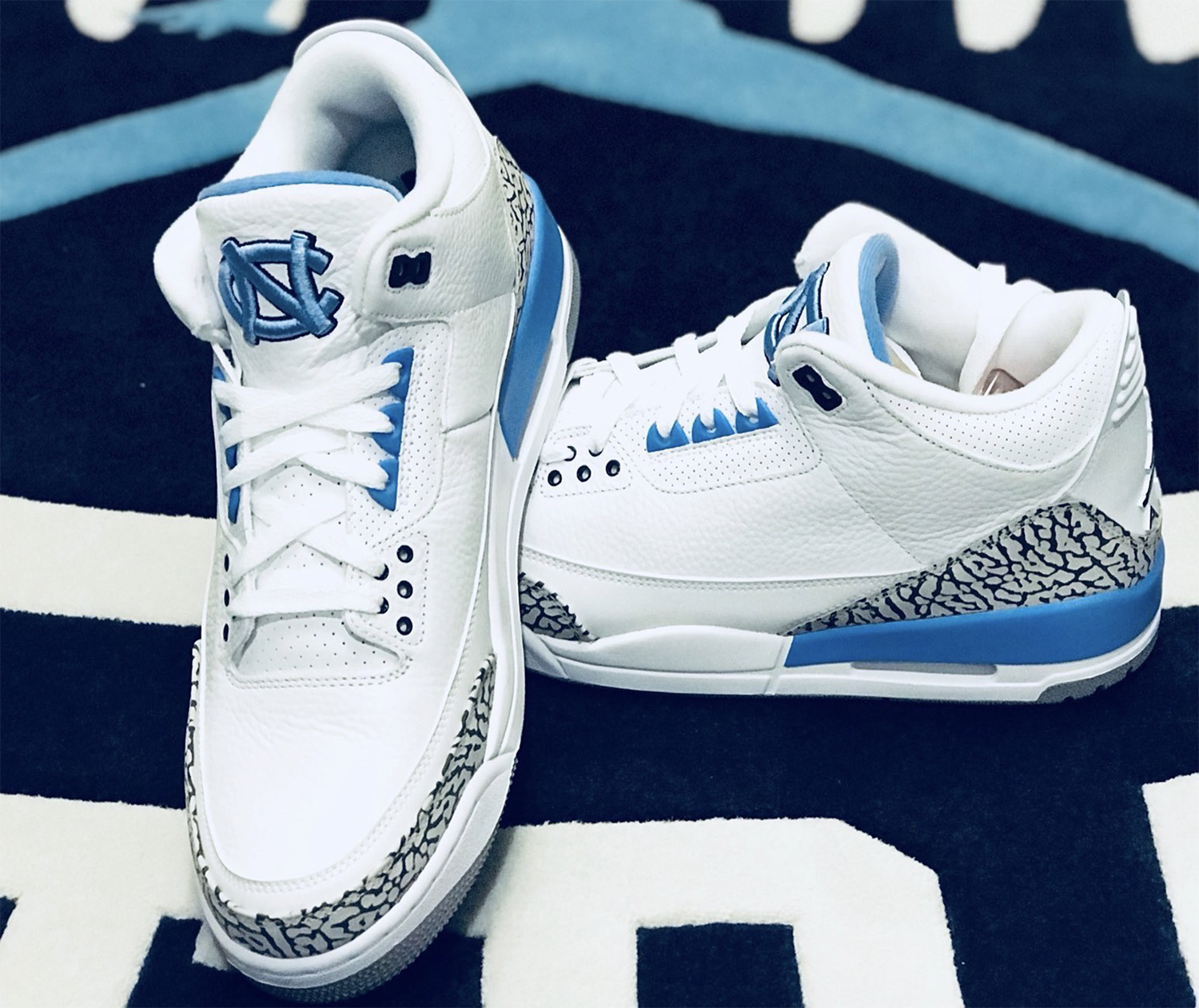 “These young men knew the rules and are being held responsible for the poor choices they have made. Accountability is an important core principle in this program,” said head coach Larry Fedora. (Photo by @UNCEquipment via Twitter)

Quarterback Chazz Surratt, who started seven games last year, and two projected defensive line starters — ends Malik Carney and Tomon Fox — are among those to be suspended. Surratt will miss the first four games of the season. Carney and Fox also will miss four games, but the NCAA will allow the suspensions to be staggered so that not all the players are out of the same games. 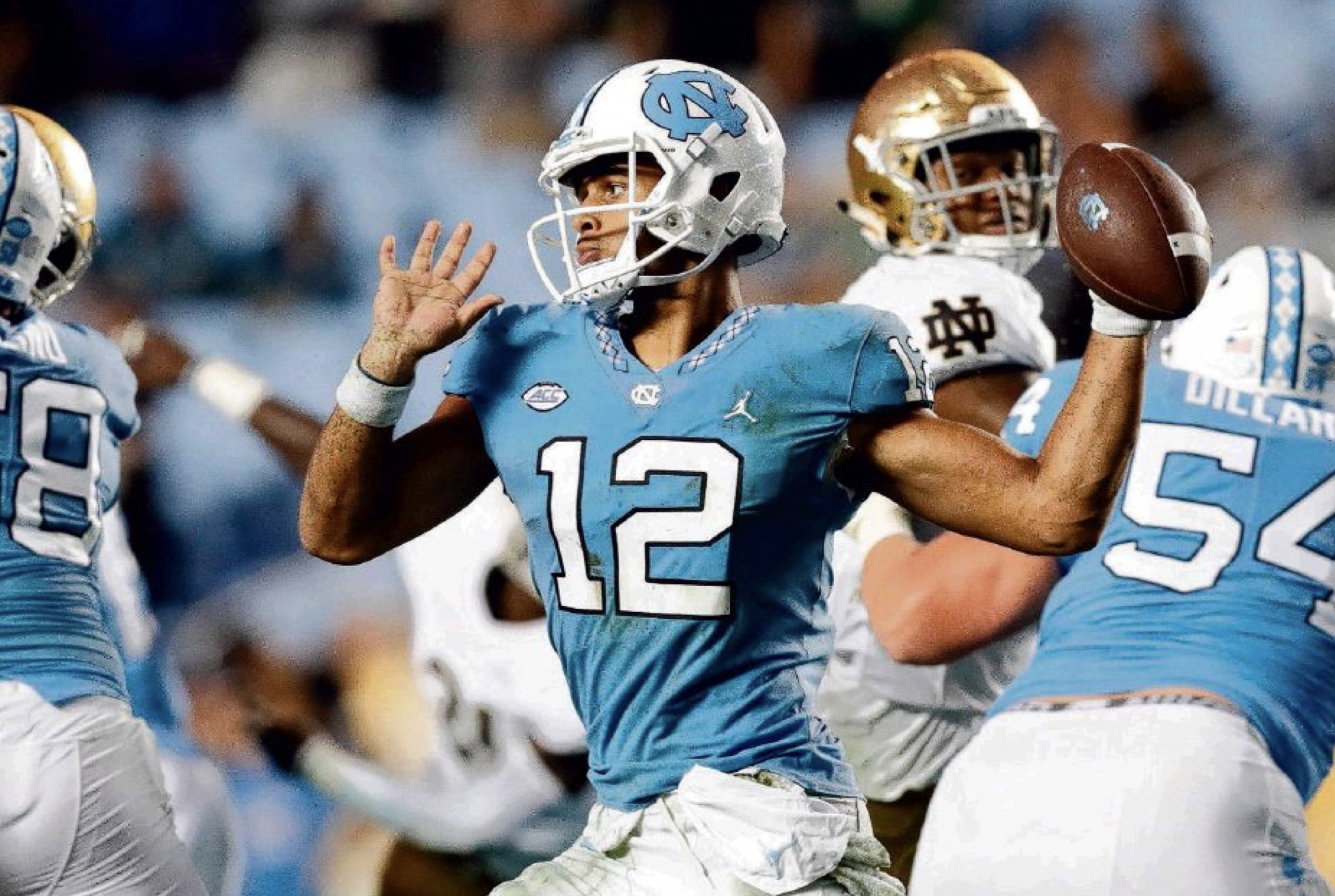 The University self-reported the violations to the NCAA in January. The news became public in July, when WRAL TV first reported the story.

“I am certainly upset by our players’ actions and how their choices reflect on them, our program and the University,” head coach Larry Fedora said in a statement. “These young men knew the rules and are being held responsible for the poor choices they have made. Accountability is an important core principle in this program. We will learn from this and aim to do better in the future.”

Athletics Director Bubba Cunningham said the NCAA ruled in March that the shoe sales constituted a secondary Level III violation of its bylaws. He told a news conference Monday, “So this case is closed, and as soon as we get the suspensions served, that will be the end of it.

“We are disappointed,” Cunningham said. “Chancellor Folt, Coach Fedora and I have high expectations of all of our students, coaches and staff, and we expect everyone to embrace and abide by all team and NCAA rules. We always will strive to get better.” 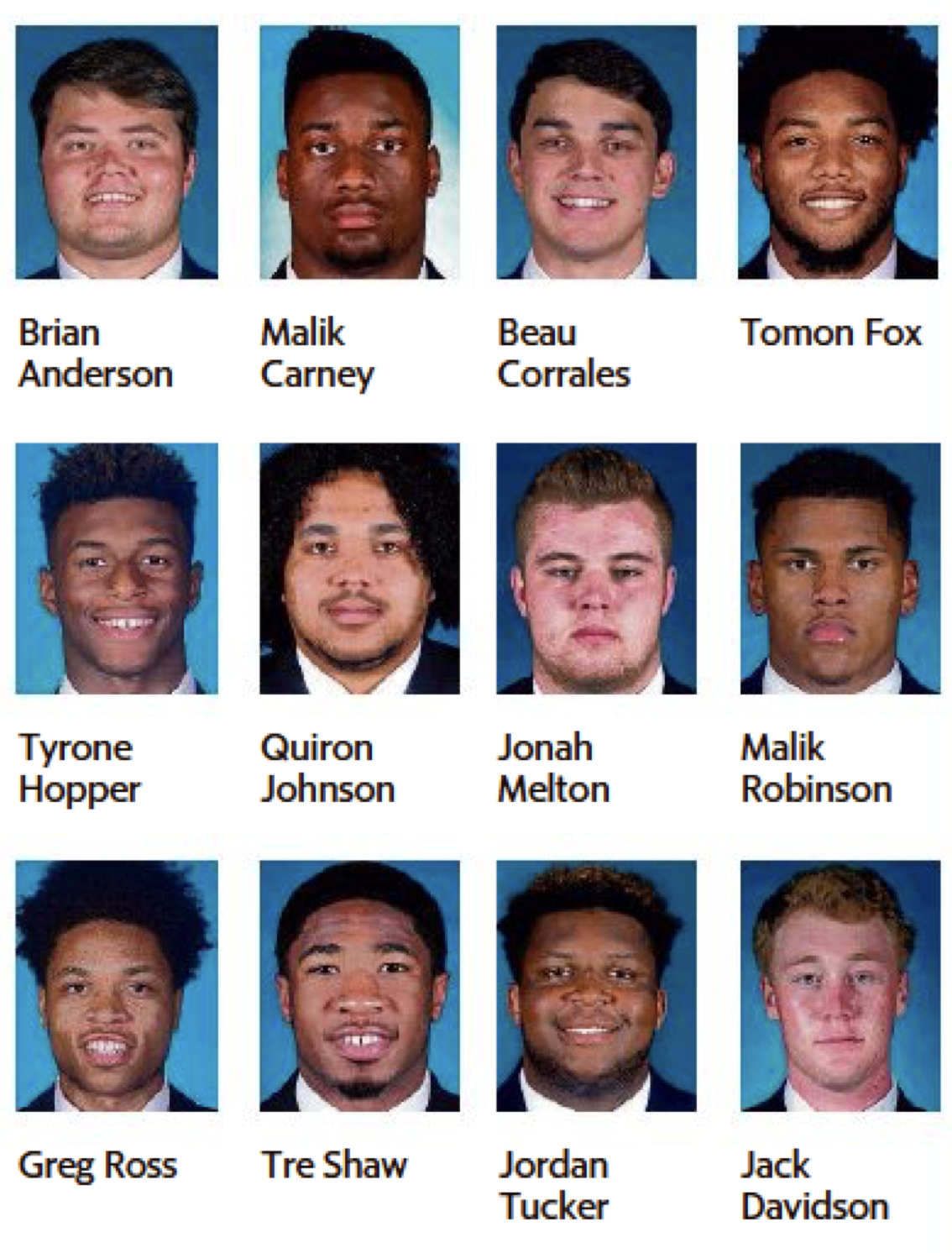 The University reported that Greg Ross and Tre Shaw, both defensive backs, will miss two games and that quarterback Jack Davidson and offensive lineman Jonah Melton will miss one game.

The suspended players will be allowed to practice and participate in other team activities while suspended.

The school said 15 players exchanged shoes for cash after receiving them in January.

College athletes are not allowed to sell gear issued by the school or exchange it for something of value.