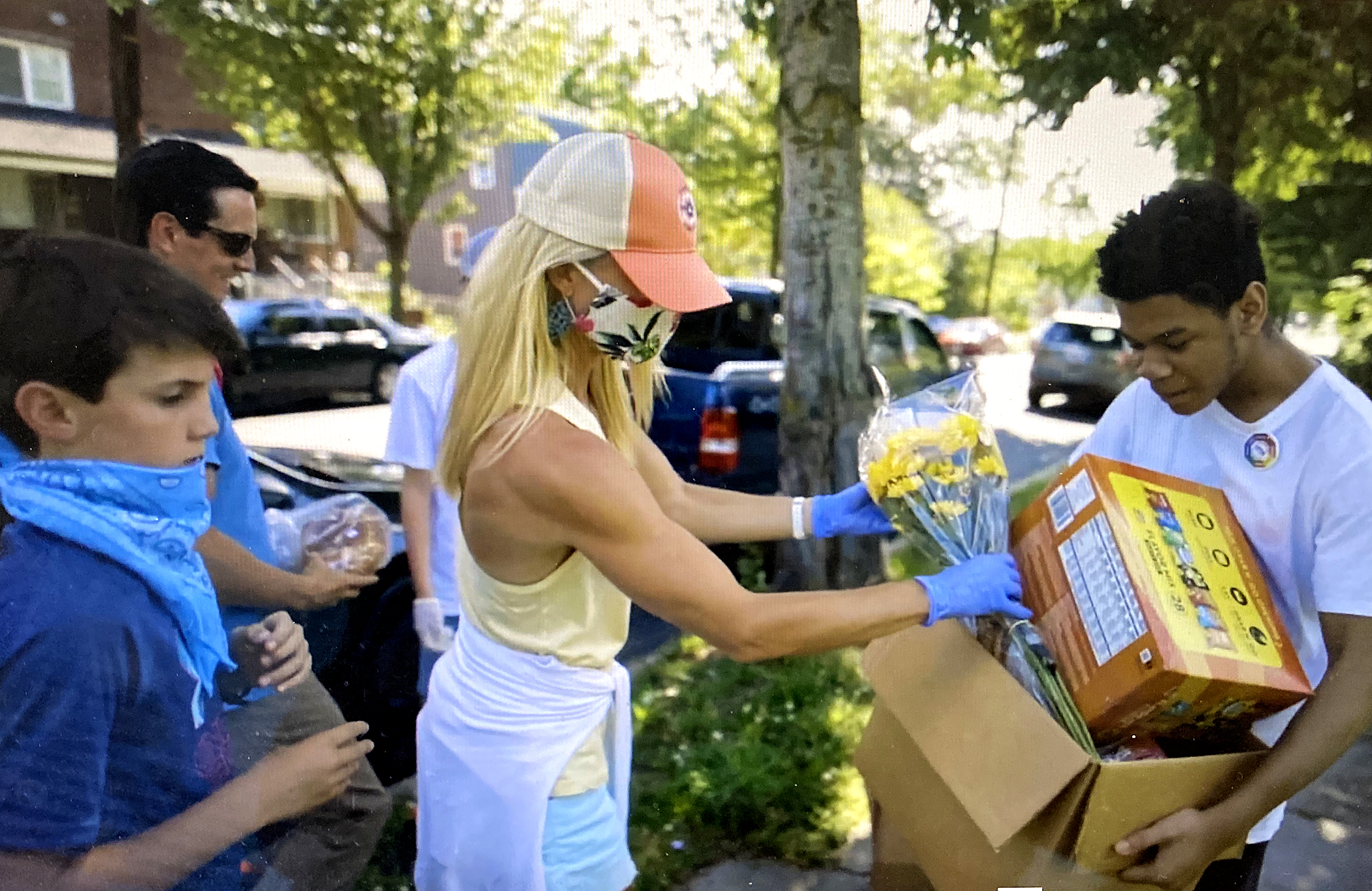 The Families4Families framework is structured so it can be adapted to specific needs and resources in other communities. “My husband coined the term ‘open-source philanthropy,’ ” said founder Amanda Taylor Marshall ’97. “We’ll give any community the tools, free range to use whatever pieces of the model work in your community.” (Contributed photo)

When COVID-19 began to show its true virulence in the U.S., Catya McMullen ’11 and others in the performing arts scene in New York rued that they weren’t first responders.

“We felt useless,” McMullen said. “We wanted to figure out a way to take the work we do to benefit those affected by the pandemic.”

McMullen, a playwright and screenwriter, said she began working with theater director Jenna Worsham to reconnect their colleagues in the performing arts community with one another and their audiences to make a difference.

She and Worsham formed The Homebound Project, creating a series of online video performances, with all proceeds from ticket sales going to a nonprofit McMullen has long supported, No Kid Hungry.

“We were searching for a way to help people on the frontlines, and we realized the frontlines wasn’t just essential workers and first responders,” McMullen said. “We realized kids were really getting hurt. So many rely on school lunches for a guaranteed meal of the day. It’s wildly overwhelming to have that ripped away.”

Within 24 hours of launching the project, McMullen was on a Zoom meeting with Billy Shore, executive chair of Share Our Strength, the nonprofit behind the No Kid Hungry campaign that advocates for and provides grants to programs that feed food-insecure students. Then she reached out to the performers in her network, asking them to donate their talents. 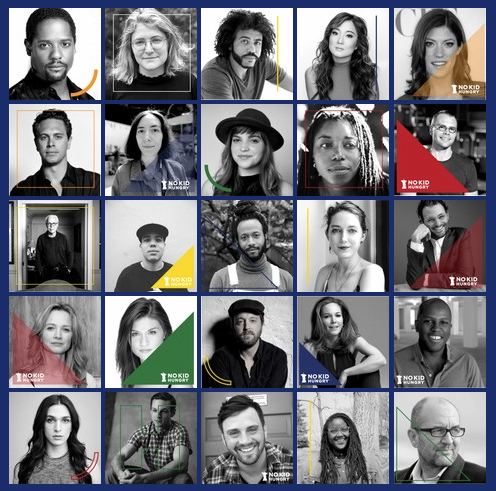 McMullen and Worsham paired writers with performers to produce video monologues or scenes that fit a particular theme: Home, Sustenance, Champions, Promise or Homemade. They had a week to write and another week to rehearse. The actors recorded their performances digitally on phones or computers and sent them to Project Homebound, where a copy designer, sound designer and video editor compiled them into a show.

The first edition was posted in May. The fifth and final edition will go online Aug. 5-9. Check homeboundtheater.org for times and tickets.

The scores of actors have included stars such as Hamilton’s Daveed Diggs, who played Thomas Jefferson, and Phillipa Soo, who played Alexander Hamilton’s wife, Eliza Schuyler Hamilton. Lena Dunham of Girls was among the directors.

The diverse lineups appealed to similarly diverse audiences, McMullen said, with performances aiming to capture the feeling of the nation in the moment.

“As theater artists, our job is to reflect back; we’re mirrors,” she said. “Each edition has done that.”

The artistic response was great, McMullen said, but she was most excited about the philanthropy. Midway through the fourth edition in July, Project Homebound had raised more than $100,000 for No Kid Hungry.

“We’re so grateful to The Homebound Project and all the viewers helping to bring sustenance to children who so desperately need it during and beyond this crisis,” Shore said.

Another effort aimed at helping families get enough food during the pandemic’s disruption of jobs and schools launched in the Washington, D.C., area. Amanda Taylor Marshall ’97 used her background in nonprofits and an extensive network of contacts to create Families4Families. She, her husband and their four sons set up a model for families who could afford to pay for the weekly grocery lists of families who couldn’t.

The model emphasizes involving children and, when schools reopen, will expand to student-run F4F clubs to narrow the divide between those who give and those who receive.

Marshall — who received the GAA’s Distinguished Young Alumni Award in 2012 — applied her business acumen to strengthening the organizational structures of nonprofits supporting children and families when she founded Fair Chance in 2002. With Families4Families, she constructed a framework that others can tailor to the specific needs and resources in their own communities. 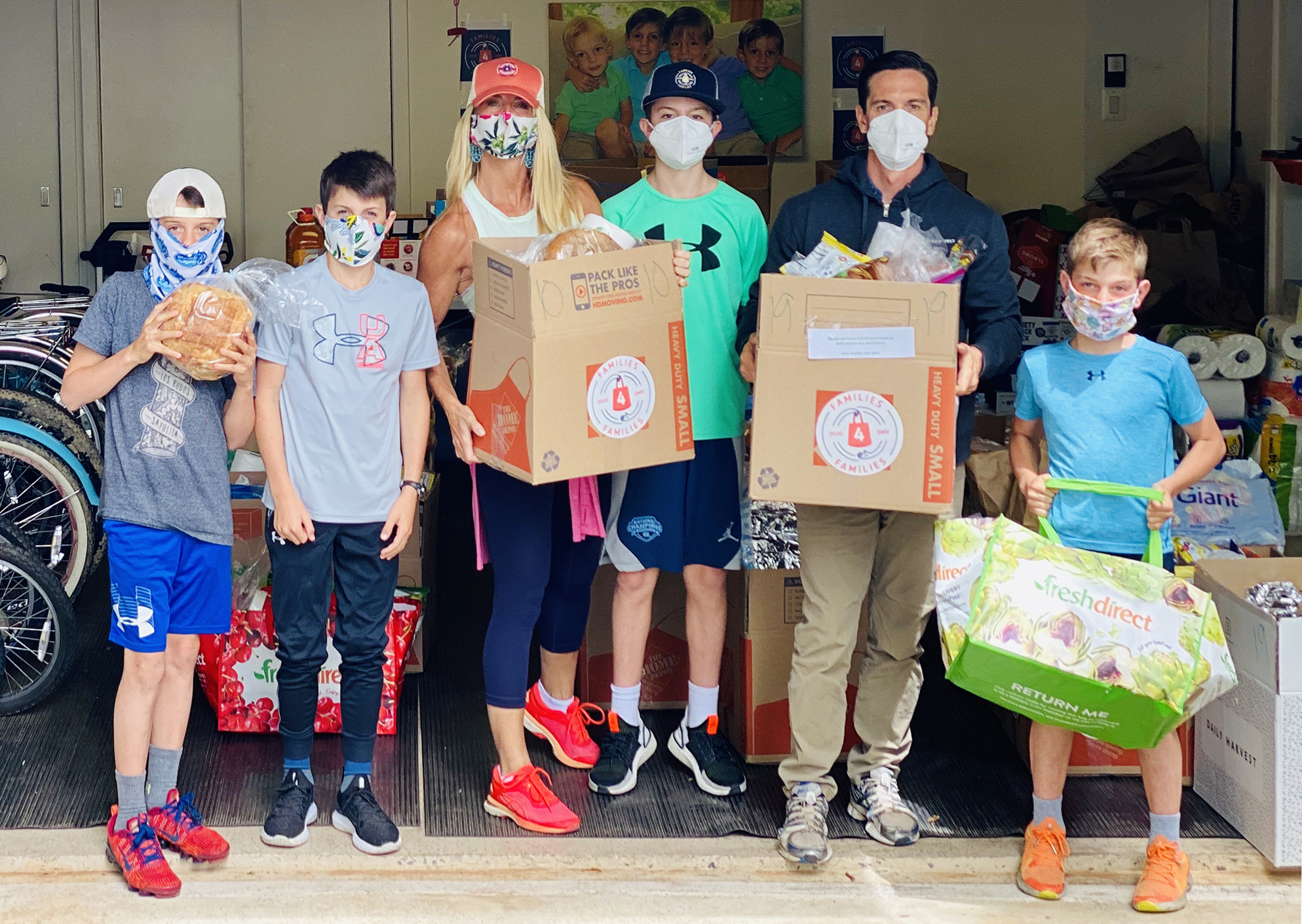 Amanda Taylor Marshall ’97, her husband, Alex, and four sons set up Families4Families with an emphasis on involving children. When schools reopen, the nonprofit will expand to student-run F4F clubs to narrow the divide between those who give and those who receive. “We’re building a whole new generation of young philanthropists,” she said. (Contributed photo)

“My husband coined the term ‘open-source philanthropy,’ ” Marshall said. “We’ll give any community the tools, free range to use whatever pieces of the model work in your community.”

Since March, F4F has spread to 12 cities throughout the country — including Wilmington, where Marshall’s sister, Eliza Taylor Blackwell ’96, also has a background in nonprofits and is the chapter leader; Winston-Salem, led by Britt Armentrout Parrish ’97; and Chapel Hill. It has provided about 100,000 meals so far.

Families4Families tried to scrub away the politics and any “haves vs. have nots” mentality in its mission of sharing food with families during the pandemic. An F4F organizer starts with a shopping list of basics, and the donor calls the recipient family to customize the list for any allergies and other considerations. Starting with that connection, the families build a broader understanding of each other’s lives.

Caroline Hundley Jones ’94 brought F4F to Chapel Hill, connecting with social worker Amy Sangvai, whose clients at UNC Children’s Hospital have cystic fibrosis. About a third are at risk of not getting enough nutritious food. With some of their families coming from hours away for treatment visits, Jones and Sangvai tweaked the F4F model so donor families can deliver groceries to clinics in Raleigh and Chapel Hill, making it convenient for those giving and receiving. 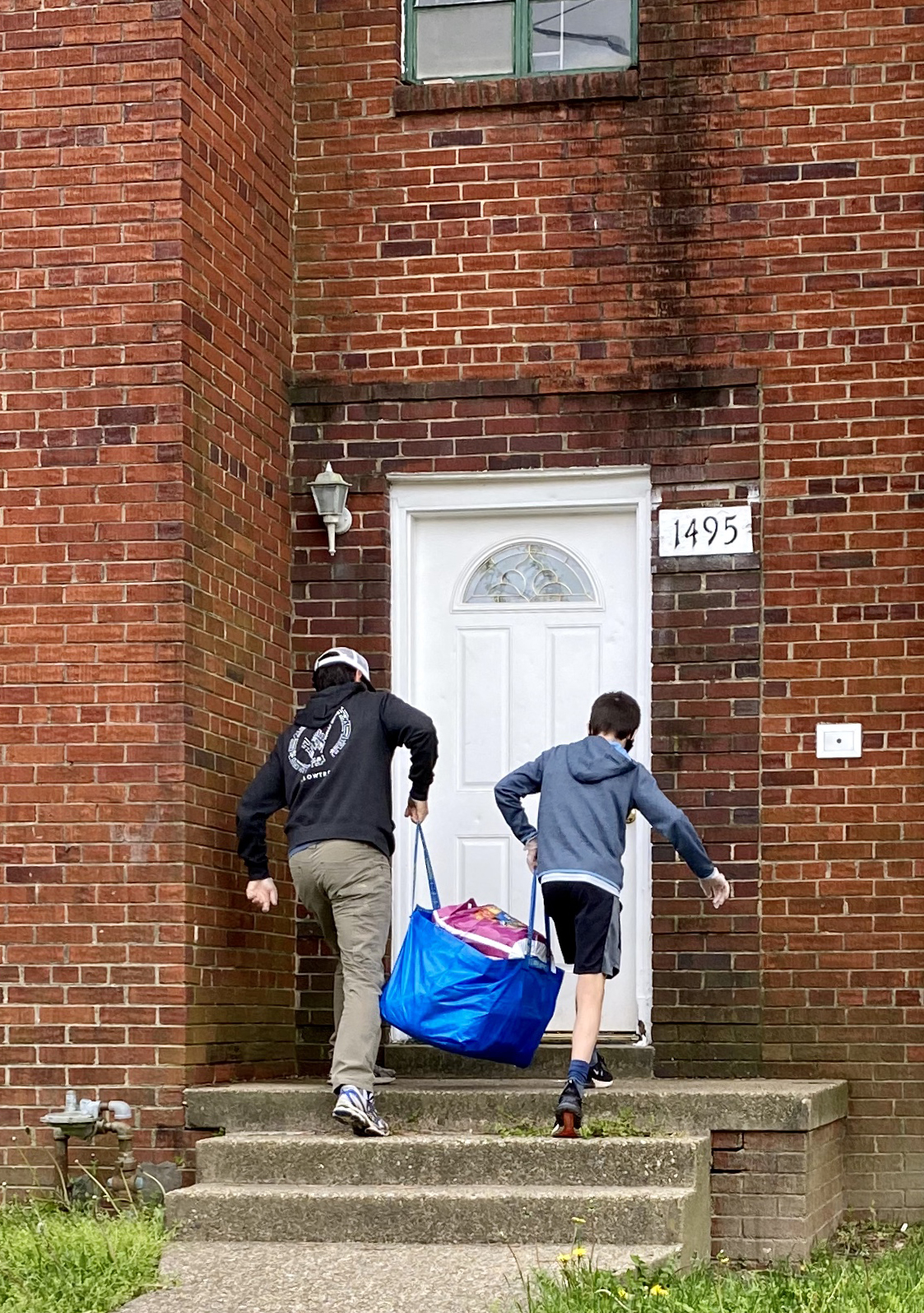 Families4Families tried to scrub away the politics and any “haves vs. have nots” mentality in its mission of sharing food with families during the pandemic. (Contributed photo)

“I can’t imagine putting my child to bed hungry, or having to choose between medications and food,” Sangvai said. “A lot of people want to do something, but they don’t know how to help. F4F is giving them an outlet.”

Mary Brown’s nonprofit, Life Pieces to Masterpieces, in a Washington, D.C., neighborhood facing challenges of poverty and violence, was one of Fair Chance’s first clients and became one of F4F’s first beneficiaries. Life Pieces uses programs based on artistic expression and education to develop character and leadership among Black young men and boys so they can achieve their potential and improve their communities.

“Amanda and I have been Black Lives Matter all these years without a catchy phrase or a hashtag,” Brown said. “She galvanized a population of families who you’d think wouldn’t [care] about poor Black families in need. It’s not WhiteFamilies4BlackFamilies or RichFamilies4PoorFamilies. It’s truly Families4Families. Our families felt respected and valued.”

Fostering a movement of shared humanity is important to both organizations, Brown said. “It’s not political. It’s just the right thing to do as human beings.”