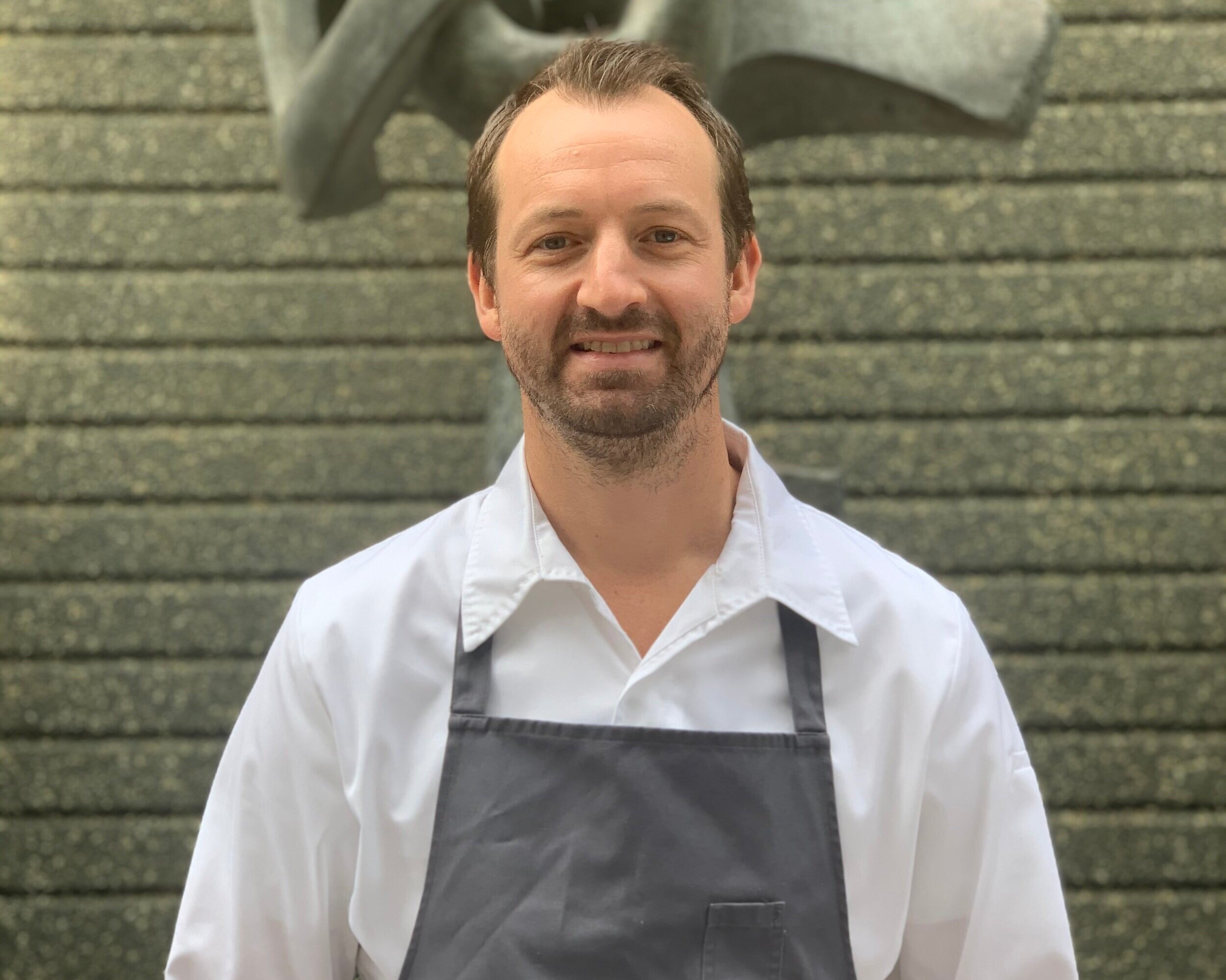 Jackson is the chef for Chapel Hill’s new Osteria Georgi, an Italian trattoria and market backed by restauranteur Giorgios Bakatsias.

The COVID-19 pandemic has made keeping a distance a way of life. But for chef Dan Jackson ’03, it also has presented an opportunity to fulfill a dream close to home.

Jackson is the chef for Chapel Hill’s new Osteria Georgi, an Italian trattoria and market backed by Giorgios Bakatsias, a restaurateur who over the past 40 years has launched some of the Triangle’s most popular eateries, including Kipos, City Kitchen and Bin 54.

The restaurant will be in Village Plaza on South Elliott Road, just across a creek from Eastgate Shopping Center, where Jackson began his culinary career during high school at The Loop Pizza Grill. It was a gig he enjoyed so much that he stayed with it during summers home from college at the University of Georgia and after he transferred to Carolina his junior year.

After graduating with a degree in economics, he hired on as a prep cook and line cook at Bizou, a high-end diner in Charlottesville, Va., and realized he was pretty good. Over the next four years, he learned to cook on the job, day by day, dish by dish. But making a career of it required advanced culinary training, so Jackson enrolled in the Culinary Institute of America, where he refined his kitchen skills and learned about product identification, wine and other specialized subjects.

“It was a great networking opportunity,” he said. “I met a lot of great people I’m still very close with.”

Then he felt ready for the big city. He moved to New York and was hired at 11 Madison Park, a fine-dining restaurant that boasts three Michelin stars and snagged the top spot on the World’s 50 Best Restaurants list.

“I started at the bottom of the top,” Jackson said. “I had more experience than most who come into a fine-dining restaurant. But you still have to prove yourself.”

Over the next two years, he saw a completely different level of cooking and service. It launched him professionally and personally — he met the woman he would marry, who happened to be the maître d’.

Jackson moved on and kept cooking, next with Danny Meyer’s Union Square Hospitality Group. Meyer literally wrote the book on food and service, called Setting the Table: The Transforming Power of Hospitality in Business. Jackson claimed a spot in Meyer’s catering event kitchen before being named his executive chef at New York’s Museum of Modern Art, with three restaurants under one roof.

“I was exposed to very high volume in a world-class setting,” said Jackson, who was the chef in a trattoria there. “On a good day, we served 2,000 people.”

Even with that volume, Jackson aimed to deliver a high-end experience, making every dish in-house from scratch, including all of the pastas.

Then the pandemic hit New York.

His wife, Stephanie Jackson, could work remotely, so she and their three children moved to Chapel Hill to stay with Dan’s parents. He joined them once strict stay-at-home orders interrupted Fields’ expansion.

Back home, Jackson reconnected with the local culinary network and was introduced to Bakatsias. Jackson had long dreamed of having his own restaurant, and with Bakatsias’ backing, that will happen this spring, maybe as soon as April. The former home of The Living Kitchen has about 60 outdoor seats — an important asset for dining during the pandemic — and the restaurant’s market will sell some of the items from the menu made in-house that customers can use to whip up meals at home.

“Especially in this day and age, restaurants have to be more than dine-in,” Jackson said. “Based on the food and ingredients we’re using, there’s a huge opportunity for people to pick up a couple pounds of fresh pasta or a quart of Bolognese sauce, something they can easily take and cook at home. That’s the idea of the market.”

Jackson aims to attract a diverse customer base — patrons who want the fine-dining experience of a $50-per-person dinner and students on a budget who order a $12 bowl of pasta.

“You can create the experience yourself; we don’t want to price ourselves out,” Jackson said. “I’m really excited to see who comes through our doors.”