(Editor’s Note: The GAA’s Distinguished Service Medal citations, such as this one, are read to the audience at the Annual Alumni Luncheon and then presented as a keepsake to the recipients.) Twenty-some years ago, the...

The Burton Craige Distinguished Professor of Law and the vice provost for academic and community engagement were recognized Friday with the GAA’s Faculty Service Award. The GAA Board of Directors presented the award to Lissa... 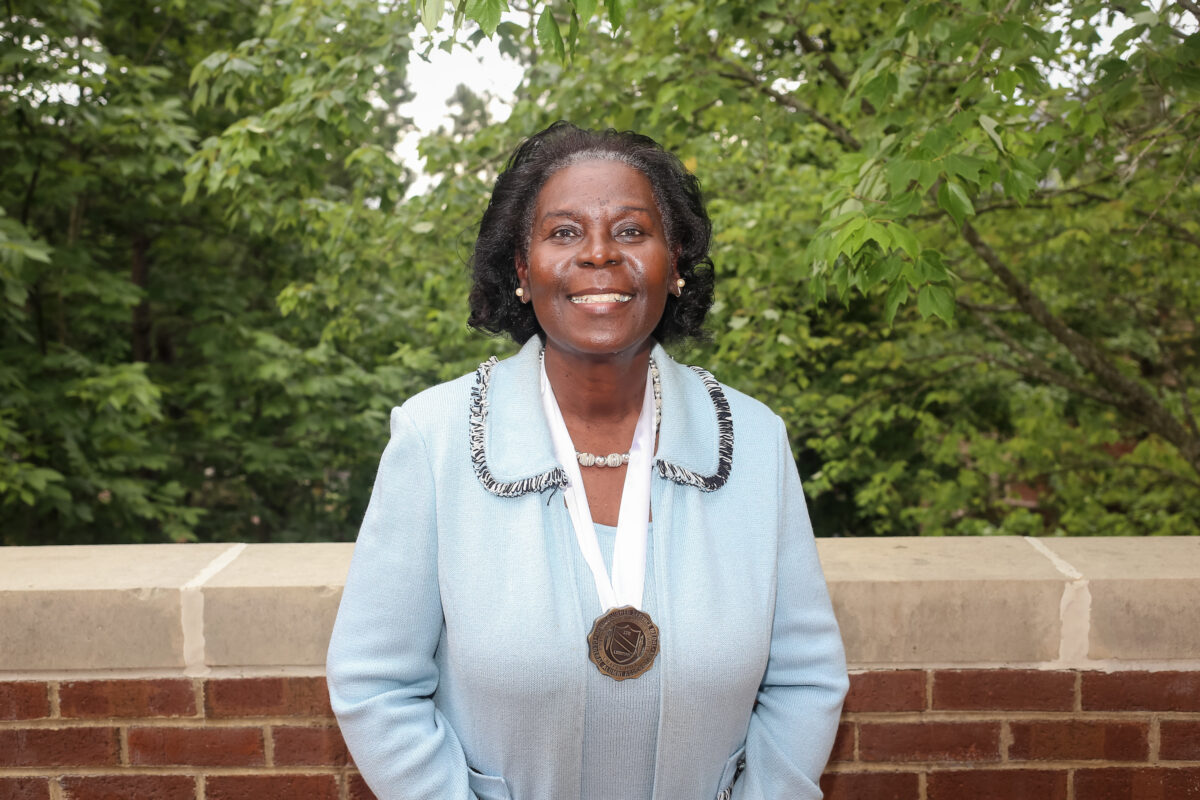 Patricia Timmons-Goodson ’76 (’79 JD) recalls working late into the evening in her chambers at the N.C. Supreme Court and pulling out a volume of North Carolina Reports, which detailed cases in slave court. The realization washed over her that had the law not evolved, she might have been a slave instead of in a position to review the most pressing legal issues facing the people of North Carolina. As she read some of the cases and how North Carolina interpreted the law at the time, she knew: “That’s why I’m here.”

Pat has experienced a number of “firsts” in her career. Gov. James B. Hunt Jr. ’64 (JD) appointed her to the bench of the District Court in Cumberland County when she was but 29 years old. She had experience as an assistant district attorney in the 12th Judicial District and as a staff attorney for Lumbee River Legal Services, but Hunt took a risk — her gender, her race and her youth. Pat did not disappoint. The first African American woman on that court, she was elected in her own right and re-elected twice more.

Known for her integrity, Pat has the courage of her convictions and stands firm for what she believes. In 1997, Hunt appointed her to the N.C. Court of Appeals. She was the first African American woman to serve on any state appeals court and was one of only two women on the appeals court then, the first time two women served on that court at the same time.

In 2006, Gov. Mike Easley ’72 appointed Pat to the N.C. Supreme Court, where she was the first African American woman on the bench; she won election later that year and served until 2012. In one of her earliest opinions, she inserted the language “driving while Black,” the first time the phrase had been used in a judicial opinion.

President Barack Obama appointed Pat to the U.S. Civil Rights Commission in 2014. Two years later, he nominated her to the U.S. District Court, Eastern District of North Carolina, a long-vacant seat that had never been filled by a Black judge. But in a partisan move, a white male senator from her own state blocked her name from being sent to Congress for a confirmation hearing.

Pat was raised to serve. Born in Florence, South Carolina, the oldest of six children, she moved with her family to follow her father’s military career. A Black man and Army Ranger before and during the civil rights movement, he had to withstand great tests in his career, and Pat witnessed his perseverance. He died when she was in college, and Pat, innately caring and nurturing, took on the weighty mantle of role model and co-parent for her younger sisters.

Enrolling at Carolina in the early 1970s, Pat was part of an idealistic time — post-Brown v. Board of Education and the civil rights movement, and during the Vietnam War. If her classmates were surprised by her career accomplishments, it was because those opportunities had not opened for people of color while she was a student.

The education and nurturing that UNC provided allowed her to go to heights she never would have dreamed of, she said, beginning with Project Uplift, which she attended as a junior in high school. She understood that not everyone had that opportunity, and she made the most of it.

One of the few judges who has served on the District Court, Appellate Court and state Supreme Court, Pat exerts a quiet influence. “You don’t see all the history she is making,” a colleague said. “Pat is quietly making noise.”

Those around her recognized she had something special. In 1992, she received the GAA’s Distinguished Young Alumna Award. In 2001, UNC’s Black Alumni Reunion honored her with the Harvey Beech Award. She was inducted into the N.C. Women’s Hall of Fame in 2010 and the Order of the Long Leaf Pine in 2011. And in 2019, she was given the Chief Justices Professionalism Award.

A colleague calls her “a giver.” Active in her sorority, Alpha Kappa Alpha, she continually connects people to one another to help them succeed. She served on the GAA Board of Directors and was appointed by then-Chancellor Holden Thorp ’86 to the Rawlings Panel to make recommendations on athletics’ role in campus life. As a member of the American Bar Association’s Law School Accreditation Committee, she visited law schools around the country and rated them.

Yet Pat gives credit to her family for clearing the way for her to excel in her career.

“To do the work I’ve been able to do, I’ve had to charge ahead forcefully,” she said. “A woman can’t do that if she’s having to look over her shoulder and worry about her children and spouse. No parent wants their child to fall short because of something the parent has failed to do.”

Those who know Pat don’t see her pursuing a traditional retirement, though she does love a good game of golf. Rather, she’ll continue to seek opportunities where she can make a difference in the world.