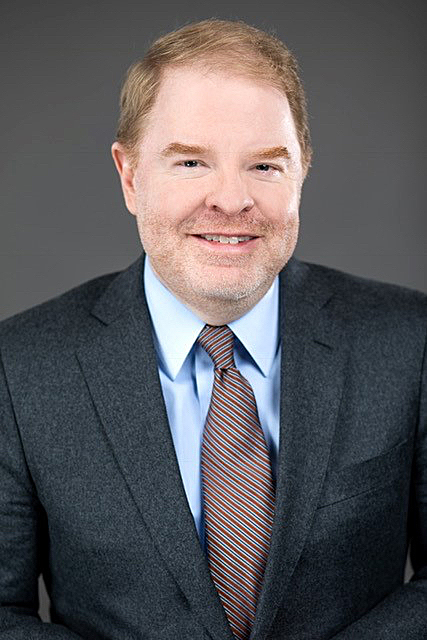 A three-term veteran of the Board of Governors that chose him, Hans will start work Aug. 1 as head of the system that governs the state’s 17 public campuses.

“Peter has long distinguished himself as a visionary leader who not only understands but who is leading the charge for the future of higher education,” said BOG Chair Randy Ramsey, who also co-chaired the yearlong search. “We believe there is no one better suited to lead our university system into the future — even if the future may be very different than the one we all thought it would be six months ago.”

Hans said: “Public education has been the cornerstone of my life and helped shape my years of public service. My goal is to make higher education more affordable for more North Carolinians so we can extend opportunity to all of her citizens.”

He declined to elaborate on plans for his presidency when asked by a reporter. “Stay tuned,” he said.

“Peter Hans passionately believes that North Carolina’s future depends on education, and he has a long track record of uniting people and institutions in pursuit of shared goals,” said Dr. William Roper, interim president for the past year and a half.

Hans will take a sharp salary reduction — initiated by him to bring it in line with the pay range of the system’s chancellors. Where Roper earned the same as former President Margaret Spellings, $775,000 annually, Hans will start at $400,000; two years from now; he will be eligible for incentive compensation of up to $600,000. Hans is credited with starting talks about performance-based compensation in the system.

Questioned about his approach to the planned reopening this fall of campuses that shut down last spring due to the COVID-19 pandemic, Hans said he was confident that Roper and the chancellors and their teams could get the campuses open. Asked if the system office would advocate uniform rules and guidelines for reopening, Roper said that would be left to individual chancellors.

Under Hans’ leadership, according to a system statement, community college enrollment climbed 4.4 percent — the first increase in nearly a decade; 53 of the colleges reported increases.

He reportedly was the choice of some legislative leaders during the search for the presidency in 2015 that resulted in the election of Spellings.

Hans holds a political science degree from Carolina and a master’s of liberal arts in extension studies from Harvard.

Hans, who grew up in Southport and Hendersonville, was chair of the BOG from 2012 to 2014. He served on the State Board of Community Colleges for six years starting in 1997.

He was a consultant to Spellings on education, technology and heath care. He also consulted with Roper when Roper was CEO of UNC Health, working on a proposed merger with Charlotte-based Atrium Health that did not come to fruition.

Hans is co-chair of the board of MyFutureNC, a statewide nonprofit collaboration among education, business and government leaders focused on educational attainment.

He served as senior policy adviser to U.S. Senator Lauch Faircloth, then-U.S. Representative Richard Burr and Senate candidate Elizabeth Dole. He was a member of the GAA Board of Directors in 2015-16.

The last two system presidents had rocky relationships with the Board of Governors. Thomas Ross ’75 (JD) served five years and was not planning to retire when the board voted to replace him in 2015, giving no specific reason. The selection of Spellings as his successor revealed disagreement among board members on how the search was handled. Spellings resigned after the third year of a five-year contract. Most of the BOG members at the time she left had not been on the board when she was chosen.

The three officers of the BOG were reelected to those posts by the board in May. Randy Ramsey of Beaufort will have another two-year term as chair; Wendy Murphy of Wallace will continue as vice chair and Pearl Burris-Floyd ’78 of Dallas as secretary.