Michael Jordan ’86 gets an assist from President Barack Obama in putting on the Presidential Medal of Freedom at the White House ceremony on Nov. 22. (Photo by Sipa USA via AP)
Posted on Nov. 22, 2016

When he put up the game-winning shot in the 1982 NCAA basketball championship, he was a Tar Heel. When he won six NBA titles, he was a Chicago Bull. And when his playing days were over, he was inducted into the Basketball Hall of Fame.

Now Michael Jordan ’86 has joined another stellar roster as a recipient of the nation’s highest civilian honor: the Presidential Medal of Freedom.

On Tuesday at the White House, President Barack Obama bestowed the medal upon Jordan, among the final 21 recipients before the president leaves office in January.

The award is given to individuals who have made especially meritorious contributions to the security or national interests of the United States, to world peace, or to cultural or other significant public or private endeavors.

“The Presidential Medal of Freedom is not just our nation’s highest civilian honor — it’s a tribute to the idea that all of us, no matter where we come from, have the opportunity to change this country for the better,” Obama said in a statement accompanying the announcement of this year’s recipients. “From scientists, philanthropists, and public servants to activists, athletes, and artists, these 21 individuals have helped push America forward, inspiring millions of people around the world along the way.”

Calling Jordan “one of the greatest athletes of all time,” the announcement of the awards cited his 15 seasons in the NBA —  including winning those championships for the Bulls and his comeback with the Washington Wizards, his five MVP awards and 14 All-Star games — and his current position as principal owner and chairman of the Charlotte Hornets.

The president shares with Jordan a professional background in Chicago and a love of basketball. Obama has visited the UNC campus several times during his presidency, including some scrimmaging with Tar Heels players. In 2013, he bestowed the Presidential Medal of Freedom on Dean Smith, who coached Jordan.

Jordan then left basketball for two years to play minor league baseball, but returned to the Bulls in 1995. The team won three straight championships again, 1996-98.  He retired from the Bulls in 1999, but made a final comeback was with the Wizards, 2001-03.

In 2010, he became the first former NBA player to become majority owner of a team, the Charlotte Bobcats, since renamed the Charlotte Hornets. 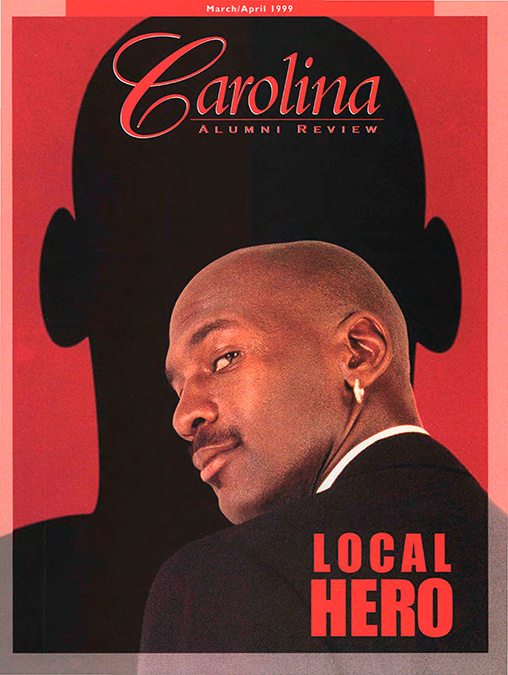 Online: Jordan, who received the GAA’s Distinguished Young Alumni Award in 1990, was the subject of a 1999 book by Pulitzer Prize-winning author David Halberstam, Playing for Keeps: Michael Jordan and the World He Made. The Review published excerpts in the March/April 1999 issue.