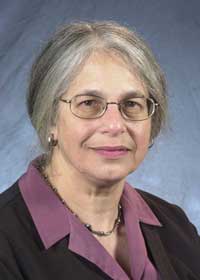 Madeline Levine — a decorated professor who was on the faculty for 36 years and served as interim dean of the College of Arts and Sciences and twice as a department chair — has written a letter to UNC’s chancellor and provost that backs up claims that some athletes enter Carolina unprepared for college and are given special treatment to help them stay eligible for athletics and shepherd them toward graduation.

Levine also called whistle-blower Mary Willingham courageous and said she should not have been vilified publicly for her research into athletes’ scholastic abilities while, Levine said, University officials were “steadfastly refusing to engage with the core issue that concerns her: the exploitation of student-athletes and the concomitant abuse of the academic values by which a great university should live.”

Levine, who retired in 2010, is a Kenan Professor Emerita of Slavic languages who received two of the University’s highest honors — the 2005 Thomas Jefferson Award, given to the professor whose teaching, writing and scholarship best exemplifies Jefferson’s ideals; and the 2004 Cornelia Spencer Bell Award for a woman who has made outstanding contributions to the University.

Levine wrote: “It was common knowledge that athletes in the revenue sports were steered to less intellectually demanding courses and were given special tutoring as needed. It was not common knowledge, indeed it came as a shock, that they were steered to courses — hundreds of them — that did not exist or had no requirements other than submitting a ‘paper’ on the basis of supposed self-instruction. Any fair reading of the evidence already in the public domain makes it clear that the corruption exposed by various internal committees and by [Raleigh News & Observer reporter] Dan Kane’s investigative journalism (for which the university should be grateful) cannot be attributed solely to Dr. Julius Nyang’oro and his administrative assistant. Clearly, the coaches and employees in the official athletes’ support system knew whom to approach and how to cheat. Perhaps they deluded themselves that they were only cheating ‘the system,’ not the athletes in their charge. What they did, however, made a mockery of the education UNC claimed to be providing its least-prepared students and constitutes a cynical misuse of these young athletes’ physical prowess.”

Levine’s reference is to Nyang’oro, who chaired the department of African and Afro-American studies when phony department courses were created whose enrollment was heavy with athletes, and his administrator, Deborah Crowder ’75, who also has been implicated in the fraudulent courses.

Levine said she never had football or basketball players in her classes, “nor did I expect to. The undergraduate courses I taught met general education requirements, but had heavy reading and paper-writing requirements and appealed primarily to intellectually curious students in search of something ‘different.’ ”

In the letter, she listed four anecdotes from her time on the faculty — two of which she said predated the creation of AFAM — that she said illustrated the plight of athletes in the academic world at UNC. Then she turned her attention to Willingham, a UNC adviser and learning specialist who has said she participated in fraudulent certification to the NCAA of athletes having met academic requirements.

“I am not competent to evaluate her analysis of the raw data she worked with, and of course I have not seen any of it,” Levine wrote. “But I am certain that even if her statistical approach should be proved to be flawed, the heart of what she has to say, which is supported by evidence already revealed in internal and external reviews, remains true: UNC has routinely recruited, especially but not exclusively to its revenue-sports teams, some number of young athletes each year who cannot succeed academically, often because our public schools have not afforded them a decent basic education. For this minority of our student-athletes UNC has compounded the harm by providing them with what can only be called a bogus educational experience.”

At a Faculty Council meeting on Jan. 17, Provost James Dean and Undergraduate Admissions Director Steve Farmer explained in detail that they had determined that Willingham’s research into athletes’ reading abilities was completely without merit. Dean called Willingham’s claims that many athletes could not read well enough to be expected to succeed in college a “travesty.”

Levine wrote: “It has been painful to watch UNC spokespersons over the past few years ignoring, denying, obfuscating, and redefining the serious problem we have with revenue sports and our high-profile teams. Making one apparently corrupt faculty member the fall guy for something much larger does not help. … And certainly vilifying a bearer of bad news as if she is the problem fools nobody and only contributes to the bad press UNC is receiving nationally and even internationally.”

Chancellor Carol Folt responded to Levine in an email that read in part:

“I can assure you that I and the new leadership team take the past athletic and academic issues very seriously. We also want to be clear in saying that we accept accountability for that past and are continuing to learn as a community from those painful lessons.

“My colleagues and I appreciate your input, which I will forward to Provost James Dean and Athletic Director Bubba Cunningham, who are guiding the work of the Student-Athlete Academic Initiative Working Group, as well as to Joy Renner, chair of the Faculty Athletics Committee. Those individuals and their dedicated campus colleagues have fully devoted themselves to taking a comprehensive look at all aspects of the student-athlete experience and how it relates to our academic mission. I am encouraged by the depth and breadth of their efforts and am conﬁdent this hard work will lead to additional positive changes that will position the University to make a signiﬁcant contribution to the national conversation under way on these issues.”

Levine concluded: “Chancellor Folt and Provost Dean, I welcome your belated if not exactly explicit admission that the scandal uncovered at UNC is not just an academic scandal confined to a single department. But it will require an independent, thorough-going investigation, one that does not shy away from probing the athletics side of these ongoing, pernicious practices, if we are to finally have honest answers to the questions raised not just by ‘enemies’ of UNC, but by those of us who hold its reputation dear. Perhaps chief among these questions is the extent to which the success of our basketball and football teams has depended on keeping the strongest athletes academically eligible through impermissible assistance by their tutors and by enrollment in courses, some of them spurious, in which they were guaranteed the grades necessary to meet NCAA ‘standards.’ There are many other questions. You know what they are.”