UNC should have an alumni association for its fraternities, according to the recommendations of a consultant who performed a four-month review of the University’s Greek system. 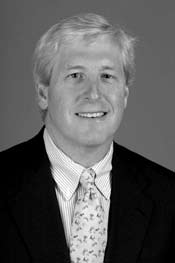 D. Jordan “Jordy” Whichard III ’79 told the Board of Trustees Thursday that the fraternities — specifically the 23 Interfraternity Council frats — could benefit from greater involvement by their alumni. Fraternity traditions tend to be passed along from class to class in a culture that’s resistant to change, he explained. Whichard recommended the alumni group be led by a full-time director, and he said discussions about raising the funds to pay the director already have started.

The review, initiated by trustees’ Chair Robert Winston ’84, followed a rocky fall 2009 semester in which the president of Delta Kappa Epsilon was killed by police officers in an incident that followed a night of partying at DKE, DKE received heavy sanctions for alcohol policy violations, and four students with fraternity or sorority ties were arrested on drug charges.

IFC is one of four separate fraternity and sorority governing organizations at Carolina. Most IFC frats own their own houses, all on private property. They became the focus of Whichard’s review. “That’s where the greatest number of issues seemed to exist,” he told the trustees.

Whichard also said the University should consider restructuring the judicial process for Greek rules violations — specifically establishing a new process involving the IFC Judicial Board, the new alumni association and the assistant dean of students for judicial programs. This would remove the Office of Fraternity and Sorority Life from the judicial process and free it to be a Greek resource for “best practices” in areas such as academics and their involvement in campus and community life.

The report recommends that the IFC function as an independent body subject to oversight by the alumni association, which would be actively involved in IFC and IFC Judicial Board proceedings and meetings. The IFC would appoint or elect the judicial board and, with the alumni association, develop a judicial process and regulations similar to the UNC Honor Council system. An elected attorney general would investigate and institute charges against fraternities that violate IFC rules.

Each house would develop its own standards of excellence that must include behavior, academics, community service and leadership requirements. Every chapter would have an officer responsible for education/scholarship and risk management. Every house would establish a judicial process with an alumni adviser to be included as member of its board.

Done correctly, Whichard said, increased alumni involvement would not have to be heavy-handed. “I think it ought to be a consensus between the adult adviser and the students,” he said.

The reports calls for a new IFC alcohol and safety policy and a substance abuse program, which would be a part of pledge training for each fraternity and available to all members. It also calls for greater attention to academics, such as mandatory study halls as a part of pledge training and sanctions for members who consistently fall below a certain GPA; a required community service project for each pledge class that must be done in conjunction with another, non-Greek, campus organization; training on date rape and sexual misconduct, and fire and safety regulations; and tighter controls on recruitment.

Behavior in the fraternity houses is a periodic snag with the University administration and the trustees. Trustee Alston Gardner ’77 told the board that UNC had studied the Greek system “at least four times” since 1996. Renewed concern about member recruitment and rush practices surfaced again Thursday. Winston directed Gardner to form a committee to study recruitment and report back by January. Some have questioned in the recent past whether rush began too soon and drew too much of freshman students’ attention at the beginning of their first academic semester.

The fall semester got off to a tragic start with the violent Aug. 23 death of DKE President Courtland Smith, who was shot by a police officer at a traffic stop in Randolph County after he was heard on a 911 call telling a dispatcher that he had been drinking and that he had a gun and was considering suicide. Smith had attended a party at DKE hours earlier.

The Greek Judicial Board subsequently handed down heavy sanctions to DKE for what it found to be violations of alcohol policy. The board cited two violations held at a party just more than two weeks after Smith’s death and during a period in which the fraternity already was facing an investigation by the University and the judicial board. The judicial board’s one-year social probation also covered what it called an extensive two-year record of violations.

On Sept. 20, at an annual meeting for new fraternity members, Winston Crisp ’92 (JD), who then was assistant vice chancellor for student affairs, used strong language in challenging the pledges to help the Greeks turn away from their reputation for alcohol, drug and sexual abuse.

“If you don’t, times are changing, and the organizations are either going to change with them or not survive,” Crisp, now vice chancellor for student affairs, told the group. “The days when my office is willing to stand in the breach [are] over. I’m tired of looking like a damn idiot. I’m tired of standing up for you and having you spit in my face. The tolerance of the University of cleaning up disasters on a weekly basis is over.”

Whichard said 18 of the 23 IFC fraternities have indicated they agree with what the report recommends. Of the other five, he said, some may not have had a chance to consider it since the end of the semester, and some may not agree to sign on.

Whichard said he spent between 200 and 300 hours on the review, traveled to Chapel Hill about 20 times and talked to more than 150 students, University staff and alumni. He began a one-year term as chair of the GAA Board of Directors on May 8.