When Bob and Robin Britt owned Merritt’s Grill, customers sometimes would wait close to an... 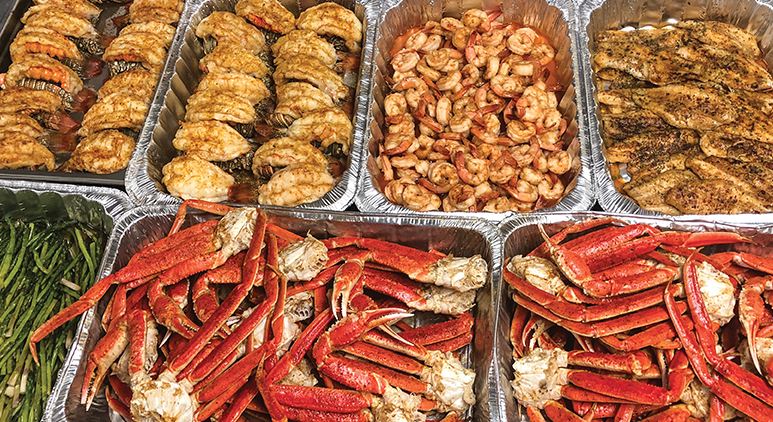 Anthony Knotts started his seafood business in Greensboro to put his daughter through school. Seafood Destiny opened a Chapel Hill location in December.

Years ago, pastor Anthony Knotts began cooking and selling seafood dinners out of his backyard in Greensboro to put aside money for his daughter’s college education. It worked. Destiny Knotts is now studying business at N.C. A&T State University.

Now, Anthony’s culinary expertise is helping others pay for college.

Anthony went beyond the back yard when he began selling his cuisine out of a food truck he dubbed Seafood Destiny. A Greensboro ordinance requires food trucks be associated with a brick-and-mortar store, so he opened a restaurant in 2019. In the aftermath of George Floyd’s death in 2020, he designated $1 from certain menu items to go toward a scholarship fund for local students.

In 2021, Anthony was in Chapel Hill on an errand and noticed that a restaurant site on the prime corner of Franklin and Columbia streets was vacant. A man of deep faith, he felt called to the location, and called the leasing agent.

In December, while UNC students were away on winter break, Anthony held the grand opening of Seafood Destiny’s Chapel Hill store, operated by his son, Jalen Knotts.

The restaurant specializes in grilled salmon, grouper and crab cakes, as well as shrimp and lobster. The menu satisfies appetites of various sizes, from petite solo dinners, to plates to share, to large orders for game-watching parties. Seafood Destiny also caters events, and once the weather warms up, it will provide outdoor seating along Franklin Street and rev up the food truck. Its application for a beer and wine permit is in the works.

After B.Good left Carolina Square, a “be healthy” concept café moved in. Roots National Kitchen brought its build-a-bowl model to Chapel Hill, as it has to nine other university towns in Delaware, Ohio, Pennsylvania and Virginia.

Guests start with a base of grains or greens and begin layering on a variety of healthy ingredients: protein from the grill, such as chicken or barbecue tofu; or the garden, in the form of beans, beets or roasted sweet potatoes. Maybe sprinkle on some toasted almonds, dried cranberries or pita chips, and choose from four cheeses. Add a dressing and squeeze in some swagger with Sriracha, Tabasco or lime.

Too many decisions? Roots has created some tried-and-true favorites, like El Jefe grain bowl or Pesto Caesar Salad.

Because of its commitment to healthy living, Roots sells no alcohol or soda. No sugars at all, said area manager Matt Sharkey. “People are trying to put healthy food in their bodies, and we have that option,” he said. 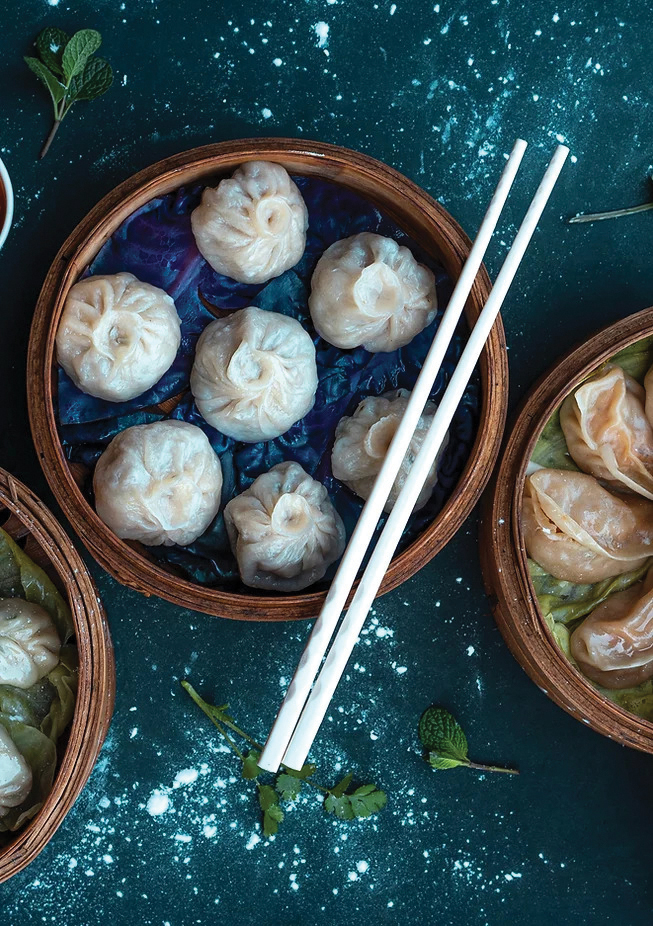 You don’t have to climb mountains to enjoy the cuisine of those who scale the Himalayas. Ramesh Dahal, born and raised in Nepal, has opened Momo’s Master in the heart of Chapel Hill.

A momo is a dumpling, sold on street corners and shops throughout Nepal and Tibet. Dahal has spent years perfecting cooking techniques for the handmade treat that can be roasted, pan-fried or steamed. His experience as a chef includes satisfying the palates of guests at Angus Barn and soldiers in the U.S. Army stationed in Iraq, Oman and Somalia.

Momo’s Master infuses bold flavors from the Middle East and Africa. Dahal’s momos are stuffed with vegetables, chicken or bison. A popular dish on the menu is momos topped with Jholjhol, a sauce that blends roasted sesame, chili, soybean powder and root vegetable broth. Wai-wai vegetable soup with chili and scallions warms all the way down. Dahal also serves a Himalayan version of wings and home fries with spicy bang sauce, as well as pork belly buns, lamb sliders and Himalayan masala tea. The café has a full bar.

Dahal’s personal favorite? “Everything,” he said. He makes all the items on the menu just the way he likes them.

Smoothie start to the new year

Tropical Smoothie Café held its grand opening a few days into the new year, ready to help those who made resolutions for better health keep them in a delicious way.

The franchise occupies the storefront where The Bookshop on West Franklin Street conducted business. The space that once fed minds now promotes healthy bodies as a purveyor of fruit or vegetable smoothies. Some varieties have extra protein, like peanuts, yogurt and whole-grain oats, or chocolate or coffee, served up in a healthy mix.

Guests have the option of blending in scoops of pea protein, energizer, fat burner and other value-adds to boost vitality.

But not everything good comes in a glass. Tropical Smoothie offers sandwiches, wraps, quesadillas, flatbreads, salads, breakfast wraps and a kids menu.

Tropical Smoothie stays true to its commitment to good health. For dessert: fruit. No soda or alcohol. Even the potato chips are baked. 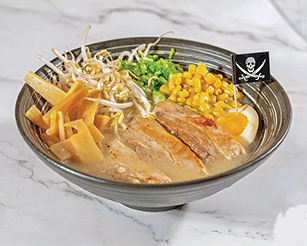 The day after Thanksgiving, Black Friday shoppers discovered a new treasure of Asian cuisine on Franklin Street with the grand opening of Pirate Captain.