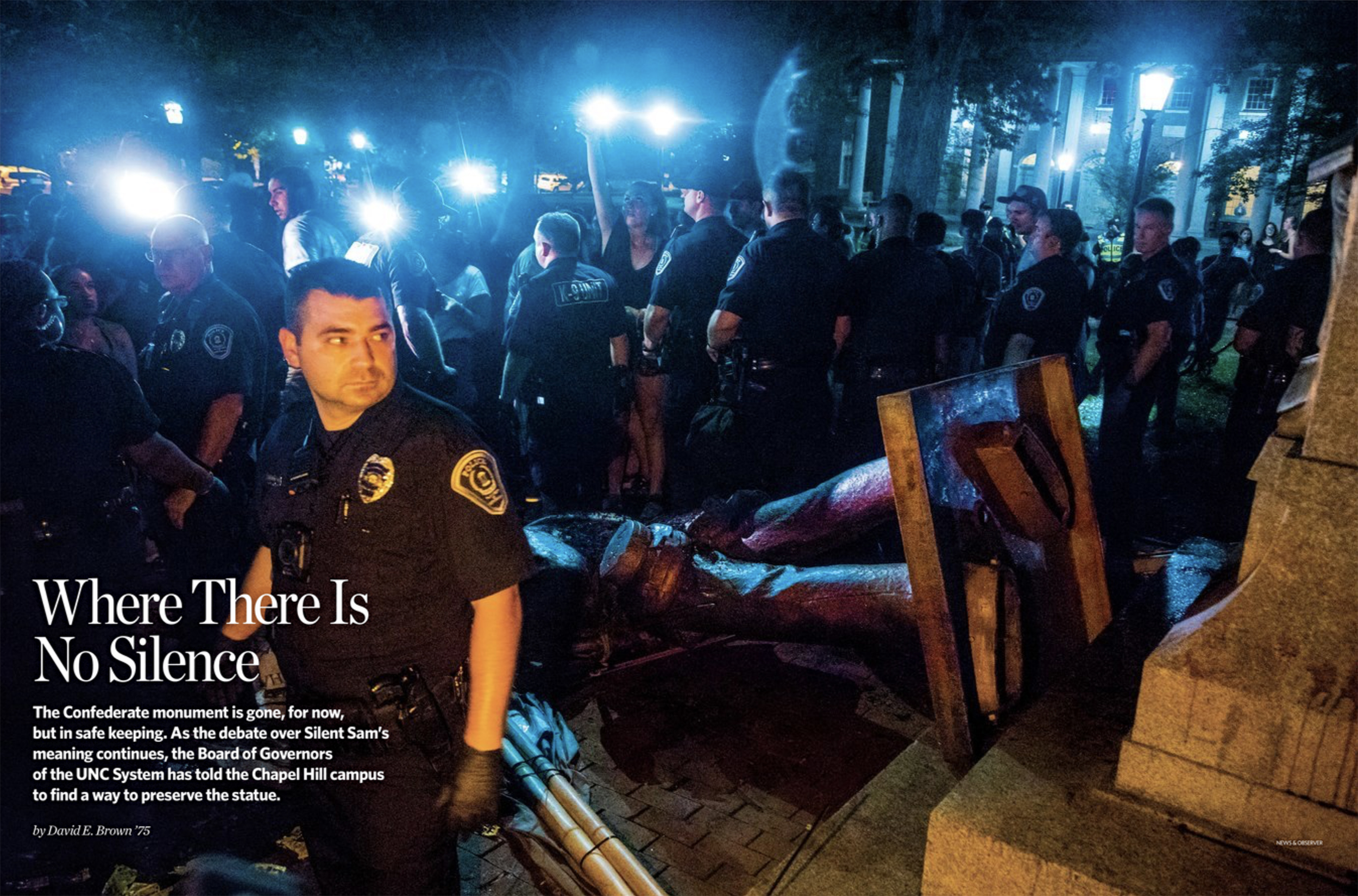 The Carolina Alumni Review received a Gold Award in Feature Writing for “Where There Is No Silence,” a report in the September/October 2018 issue following the toppling of the Confederate monument known as Silent Sam by protesters.

The GAA has received five awards for its work from the Council for Advancement and Support of Education for the Southeastern district of the U.S.

The Carolina Alumni Review received a Gold Award in Feature Writing for “Where There Is No Silence,” an extensive report in the September/October 2018 issue following the toppling of the Confederate monument known as Silent Sam by protesters. Senior Associate Editor David Brown ’75 wrote not only about the circumstances of that event but how the University community began grappling with what to do with the statue and how to address its controversial history.

Other awards the Review received included:

The GAA was a Platinum Award District Finalist in Best Practices in Alumni Relations for “Sip, Savor and Learn: Tar Heels Support Local,” a series of events that paired educational and social opportunities with unique and well-loved food- and beverage-related venues.

The awards were presented Tuesday at the CASE District 3 annual conference.

Overall, the GAA has been recognized with 129 national or district CASE awards since 1996 — 67 for Alumni Communications; 60 for Alumni Programs, which include 27 awards from CASE’s Affiliated Student Advancement Programs; and two for Membership.

The University received several CASE awards, including two Gold Awards for Alumni Relations Fundraising Project, Event or Program for “225 Years of Carolina” and “An IPO for UNC Kenan-Flagler Business School-Stock Campaign.” It received a Silver Award in Annual Fund Publications for Celebrating Our Past: Moving Forward.

The UNC System received a Silver Award for Total Website Design and Organization for its 2019 UNC System Advancement Symposium website.

Headquartered in Washington, D.C., CASE is an international professional association serving educational institutions and the advancement professionals who work on their behalf in alumni relations, communications, development, marketing and allied areas.