It takes more than a little courage and plenty of confidence to stand before the board of trustees for the first time as the newly hired dean of UNC’s School of Pharmacy, as Bob Blouin did in November of 2003, and tell them that his biggest challenge was that the trustees didn’t expect enough out of him and the school. 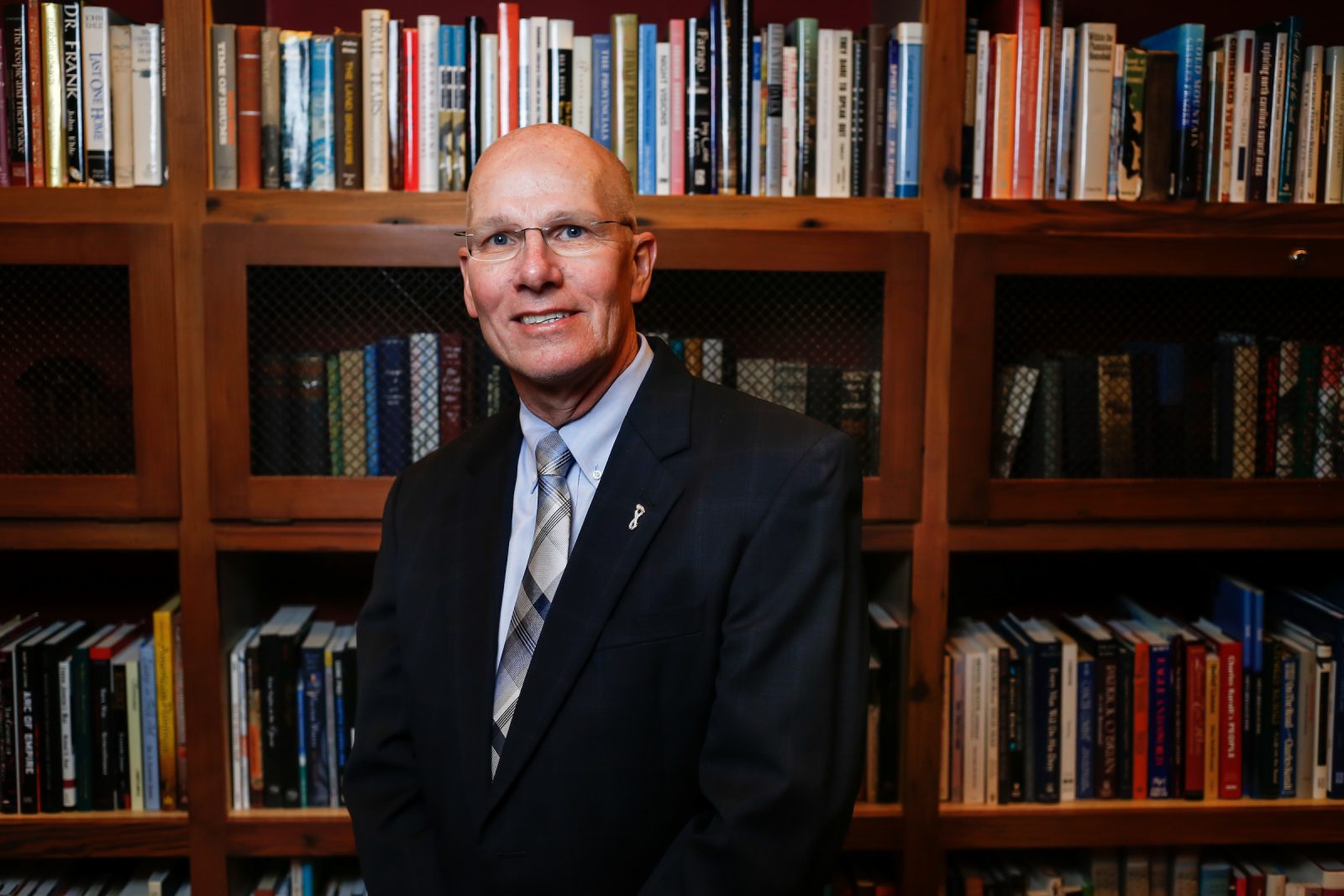 “Invest in us, and hold me accountable,” he told the board.

He took a risk, and it paid off. The trustees offered him a floor in the new Genetic Medicine Building; he countered with two and settled for a floor and two-thirds.

Bob has a reputation as someone who thinks big and pushes for more. And he makes it happen. One of his former colleagues deemed Bob “relentless in his execution. Bob understands the policy structure around him, and he formed the personal relationships that enabled him to get things done. If you can’t bring it about, then quickly your cachet as a mover-and-shaker disappears.”

Bob brought his leadership cachet with him to UNC after 25 years of moving up through the ranks at the University of Kentucky, from assistant professor to associate dean of research and graduate education and director of entrepreneurship and economic development. He taught and mentored future generations of clinical pharmacists and researchers, introducing a “flipped classroom” approach long before the term had been coined. His research reflected his clinical perspective. As an administrator, he inspired others to join him in creating an environment for people to succeed in their own context. Bob’s ability to maximize the potential of those around him has become one of his trademarks.

When Bob came to UNC, where he also holds the title of the Vaughn and Nancy Bryson Distinguished Professor in molecular pharmaceutics, the pharmacy school was ranked number 27 in National Institutes of Health research grants. Fred Eshelman ’72 had just given the pharmacy school $24 million, and Bob saw the potential to bring the school up to the standards of excellence shown elsewhere at UNC.

Since then, Bob has revolutionized the school’s curriculum, creating a model that schools across the country have copied; launched a software development company useful to academic institutions; established professional degree programs at both ends of the state; and increased the number of faculty by 70 percent, attracting world-class teachers and researchers.

“To say Bob is competitive is putting it mildly,” said a former colleague who used to play “no blood, no foul” pickup games of basketball with others at the UK pharmacy school. “I don’t think Bob likes comfortable.”

And that is to UNC’s benefit. Today, the pharmacy school ranks No. 2 in NIH funding, is one of the top pharmacy schools in the country, if not the world, and Fred Eshelman has pledged an unprecedented $100 million to create the Eshelman Institute for Innovation. Perhaps Fred recognized a kindred spirit in the intrepid, driven visionary. He told Bob that his first donation was a gift of hope; his much larger gift was one of confidence.

Bob believes Fred wouldn’t make this investment if he didn’t believe there will be a return on that investment that benefits the institution and the people of North Carolina.

Bob co-founded a strategic partnership with premier pharmacy schools in Australia and London. He chairs the Council of Deans of the American Association of Colleges of Pharmacy, and has been inducted into the University of Kentucky Alumni Hall of Fame. A runner, he qualified for the Boston Marathon.

Just as Bob recognized early on that the transition in health-care delivery from a fee-for-service model to fee-for-performance and other changes in the system would require a vastly different curriculum, he plans to turn his attention next to modernizing drug discovery. He sees the need to accelerate the creation of novel drugs, especially for orphan and neglected diseases. Already he has begun to identify some strategic partners.

“I started off at UNC with the belief we could be a school that could do extraordinary things,” Bob said. “Why aim low? Why not create something really special here? It was with that spirit that I took this job, and I have never looked back.”