Shelby Foote ’39, a novelist and historian who gained literary celebrity in the early 1990s with Ken Burns’ PBS documentary series The Civil War, died June 27 in Memphis, Tenn. He was 88. 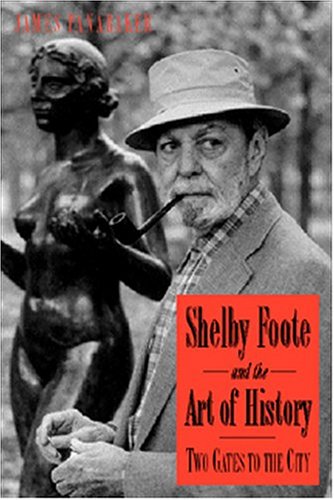 The book “Shelby Foote And The Art Of History” was released in 2004.

Foote spent 20 years working on his three-volume history of the Civil War, a project originally intended to take two years. With Burns’ PBS series, Foote gained wide recognition, especially for his storytelling style. In 1999, the Modern Library ranked The Civil War: A Narrative, as No. 15 on its list of the 100 best English-language works of the 20th century. He also gave lectures on multiple GAA tours of the Mississippi River, commenting on the history of the Civil War in that region.

In fall 1993, Foote spent time at Carolina as the University’s first Morgan Family Writer-in-Residence. In an interview with English Professor Bland Simpson ’70 that appeared in the Carolina Alumni Review, Foote recalled his time at Carolina in the late 1930s.

“I came to Chapel Hill,” Foote said, “because Walker and LeRoy [Percy ’38, Walker’s brother] had come here. . It was pretty firmly decided that the best English department in the South was at Chapel Hill.”

But getting into Chapel Hill included a distinct obstacle. As editor of his high school newspaper, Foote was on a campaign against the school’s principal, according to Simpson’s account. The administrator had come down hard on Foote for reading James Joyce’s Ulysses, and Foote’s reward for “giving him as hard a time as I could possibly give him as editor” was a letter from the principal to UNC warning, “Do not let this boy into your school. He’s a disruptive influence, and everything possibly that could be wrong with anybody is wrong with him.”

Foote disregarded his subsequent rejection from UNC, Simpson wrote, and arrived to register in fall 1935. “They said, ‘We told you not to come.’ And I said, ‘I know you did, but I didn’t think you meant it.’ And they said, ‘Well . since you took the trouble to come all this way.’